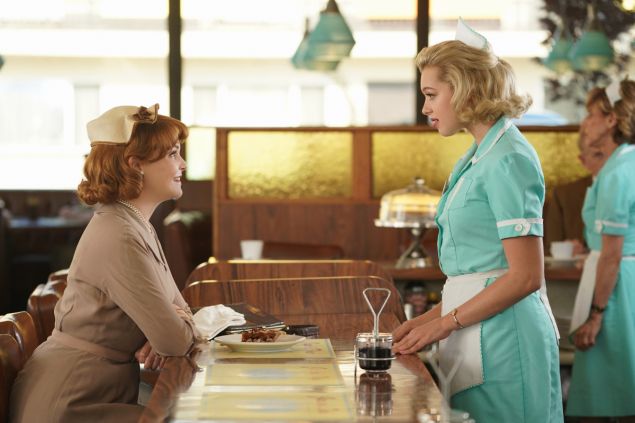 In Why Women Kill, premiering Thursday on CBS All Access, creator Marc Cherry (Desperate Housewives) returns to his familiar world of suburbia and murder with some mixed results. The new series follows three women across three different decades—the ’60s, ‘80s, and the present—and their differing reactions to various infidelities within their marriages. The concept could go either way: a serious drama that interrogates the psyches of murderous woman or a silly comedy that ramps up the ridiculousness and soapy elements. As expected from Cherry, Why Women Kill is a blend, a darkly funny comedy-drama that works on the surface.

In 1963, Beth Ann (a perfectly cast Ginnifer Goodwin) is the ideal obedient housewife to her husband Rob (Sam Jaeger): She keeps the house in order, has dinner ready when he’s back from work, even refills his coffee cup automatically the second he taps it. Rob, however, is sleeping with a waitress at the local diner. The 1984 storyline follows Simone (a scene-chewing Lucy Liu), a wealthy socialite who, at one of their fancy parties, finds out that her husband Karl (Jack Davenport) is cheating on her with a man. Then, in 2018, there’s modern couple Eli (Reid Scott), a screenwriter, and his wife Taylor (Kirby Howell-Baptiste), a bisexual lawyer, who have an open marriage. Their plot kicks into gear when both of them fall for one of Taylor’s partners, Jade (Alexandra Daddario).

SEE ALSO: The Final Season of ‘Orange Is the New Black’ Cements the Series’ Legacy

Although each couple is facing the same main issue—cheating, in whatever form—they each have their own specific issues and peculiarities that set them apart. In fact, aside from them all living in the same California house at different points, the three time periods don’t always jive together, which makes some of the transitions from scene-to-scene a little rough. Why Women Kill often lacks the cohesion necessary for a story like this, but it does mostly work as series of vague, bleakly funny vignettes.

Whichever storyline you gravitate to will depend on your personal taste—there are highs and lows of each. Beth Ann’s life in the ‘60s is the most paint-by-numbers, where nothing that happens is surprising and the punchlines are predictable. Rob is laughably awful; when Beth Ann, who has no job or hobbies, wonders aloud who she’ll be after Rob dies, his first response is, “My widow?” But it’s certainly interesting to see it juxtaposed with the other timelines, and how straight women deal with the same shit no matter their time period. Meanwhile, despite Liu’s presence, much of the ‘80s falls flat to me—even though it feels like Cherry’s having the most fun ramping up the campiness here. Simone is also the easiest to dislike, and doubly so when she finds sexual attention elsewhere.

As for the present timeline, Eli and Taylor personify all the anxieties found in many modern, progressive relationships (and when it comes to non-monogamy and toeing the line between healthy and unhealthy jealousy). It’s also the most obvious of the three; Eli explains to the camera that he met Taylor at a women’s march while she was “giving a speech about dismantling the patriarchy” but, he admits, he doesn’t know what she was saying because he was too busy thinking she’s “one hot feminist.” Yet it still feels strangely empty, especially because there isn’t a whole lot of characterization to either of the women in the love triangle except that they’re hot and Eli wants them both. (But I should admit it’s the time period that I’m most interested in, partly because of Howell-Baptiste and partly because it feels like it could have the most surprising twist, since there are three people involved.)

Unfortunately, a majority of the characters still only feel like sketches—though it’s certainly possible that they’ll get filled out by the end of the 10-episode limited season. Trying to gauge the full extent of the show’s positive (or negative) qualities is hard to do with only the two episodes that were sent out to critics. But it’s a pretty fun and easy watch so far, especially if my suspicions are correct and it might not be as simple as “wife kills husband.” The most fun is within the mystery—I’m dying to know how the murders will occur—and the breezy satire that Cherry so excels at. Whether or not it’ll ever cohesively come together is still up in the air. 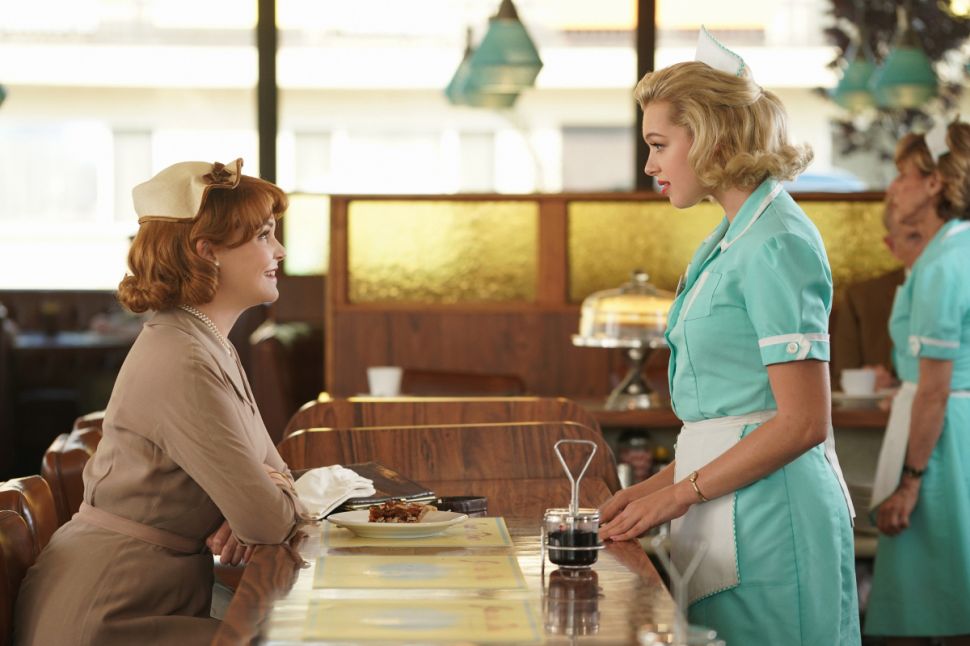