Woodstock 50 has been officially cancelled. Yes, the 50th anniversary of the most famous music festival in history seemed doomed from the start. Organizers, which included Michael Lang—who co-founded the original festival—faced a mountain of legal battles. Not to mention, a month before the first band was scheduled to take the stage, there was no venue, no permits and no tickets on sale. Almost sounded like Billy McFarland of Fyre Festival was behind the scenario. Just days ago, the final nail in the Woodstock 50 coffin was put into place when Jay-Z pulled out of the festival.

Haven’t the organizers learned anything from history—especially Woodstock history?

Attempting to put on yet another Woodstock has always been a failed venture, both spiritually and financially; a classic case  of the ethos of the original festival, in name only, trying to capitalize on a brand to generate (presumably inflated) ticket sales.

The 1969 Woodstock Festival was an iconic moment in music and cultural history. Sure. But did you know it took a decade—yes, 10 full years—for the organizers of Woodstock to actually turn a profit?

If you crunch the numbers and do the analysis, Woodstock was initially a money-making disaster. The music festival defined a generation, but it also defined a lot of bad business decisions.

Woodstock, which wasn’t even in Woodstock but 70-miles away in the town of Bethel, New York, was organized by four men: Michael Lang, Artie Kornfeld, Joel Rosenman and John P. Roberts, who had no experience helming a music festival.

So mistakes were made.

The organizer realized, just mere hours into the festival, that they were hemorrhaging money. They had leased a 600-acre alfalfa farm for $75,000—estimating a crowd of 50,000. And that would be fine if the story ended there.

But more than 400,000 festival-goers turned up. Thus, it transformed Bethel into the third largest city in New York State, and feeding 400,000 people became a logistical nightmare. The organizers didn’t foresee having to kick-in extra tens of thousands of dollars for helicopters to transport food, supplies and the musical acts to and from the site. The record number of attendees also posed the operational nightmare of collecting money and tickets at the gates.

So, what did they do?

To attract the biggest stars in music, the organizers agreed to pay some of the musicians twice their regular rate. (Sha Na Na was paid $750.) The Saturday of the festival, as things became increasingly chaotic, many of the musicians demanded that they be paid, in cash, before going on stage. John Roberts, who bankrolled the festival, used his trust fund as collateral as an emergency loan—not wanting to see the wrath of 400,000 tripping festival-goers if the music suddenly came to a halt.

By the end of Woodstock, organizers had spent nearly $3.1 million ($15 million in 2019 money) on the festival. Roberts got a loan from his wealthy family, and it wasn’t until the early ’80s when he finally paid off the debt. The original Woodstock venture finally made money, a decade later, after the release of the concert movie—not to mention the revenue they made on merchandise and licensing.

Though it was fabled that there were several births that took place at Woodstock, none were recorded on the site itself,  although eight miscarriages were documented.

Woodstock ’99 was the Altamont to Woodstock’s Woodstock. The festival was to celebrate the 30th anniversary of “peace, love and happiness.” Instead it became the anti-Woodstock.

Greed got the best of the promoters—who tried to wring every last dollar out of attendees—from insane ticket prices to costly bottles of . Mix that with a poorly curated lineup fueling an angry, aggressive mob, who tipped over vehicles and set the festival site ablaze; Peace and love were replaced with a wake of sexual assault incidents.

Since the original Woodstock hemorrhaged money, the ’99 organizers tried to make it all about making money.

Promoter John Scher said beforehand, “We’re going to try and make a profit on this one.” Scher was referring to Woodstock ’94. (Oh, yeah, there was also a Woodstock ’94. And it lost money, largely due to the logistics that allowed attendees to enter freely and bring in their own beer and other banned items, such as their own food, to avoid paying the over-inflated prices.)

Meanwhile, at Woodstock ’99, the July temperatures hit 100 degrees. And the city’s supply had been turned off, leaving festival-goers faced to buy $4 bottles of (in 1999 money), while bags of ice went for $15.

Woodstock ’99 cost $38 million to produce. Tickets sold for $150 and ballooned to $180 on the weekend. Darth Maul bongs cost $30. A single-serving of pizza went for $12. Pissed off concert-goers smashed ATMs to try and steal cash. (To pay for bottles of .) In the end, 44 arrests were made, while 1,200 people were admitted to the site’s medical facility.

Woodstock ’99 ended in a fiery riot. Woodstock 50 is not happening. The original Woodstock took 10 years to break even.

Maybe it’s time to leave a legend, a legend and stop capitalizing on a myth? 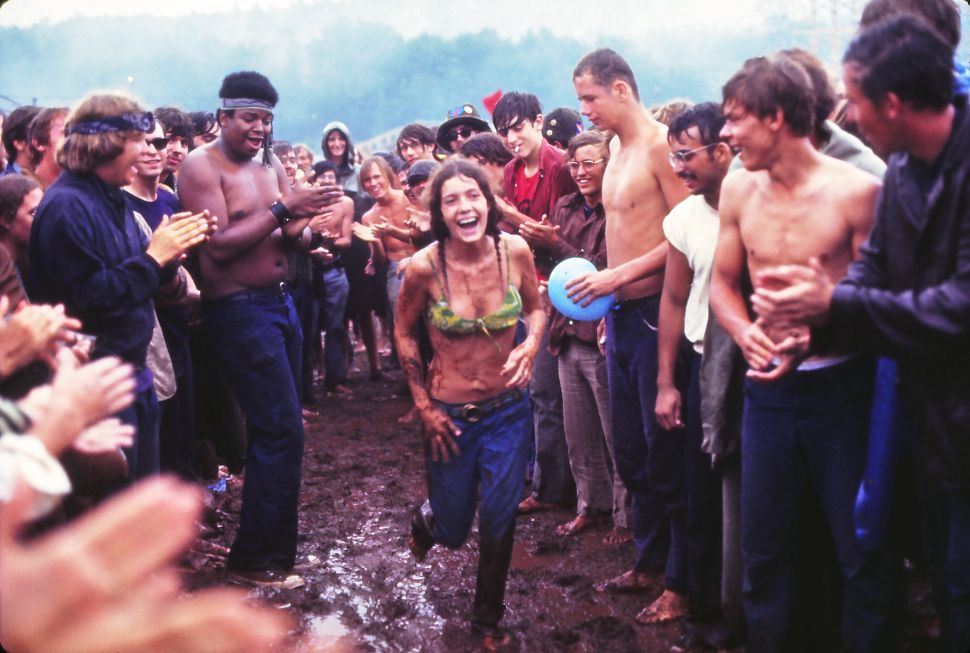