Last year, shortly after Gigi Hadid and Zayn Malik announced their break-up to to the world in coordinating social media posts, the former boybander scooped up a fancy new bachelor pad. Malik paid $10.69 million for a Soho penthouse in March 2018, which just so happened to be mere blocks from Hadid’s $3.97 million Bond Street apartment.

The duo ended up getting back together shortly after they split, so perhaps the location ended up being quite convenient. Alas, they’ve since broken up yet again, and Hadid is now living her life with The Bachelorette castoffs. For Malik’s part, it seems he’s ready to call it a day in Soho, as he’s tossed the four-bedroom, four-bathroom abode onto the market for $10.8 million.

He’s also not looking for a major profit on the 3,597-square-foot loft, so maybe he’s just not feeling it.

There are wide plank hardwood floors, 12-foot barrel vaulted ceilings and exposed beams, with cast iron columns throughout. There are also über loft-y exposed brick walls and wood-framed windows, plus a custom steel staircase that leads to a 932-square-foot private roof terrace.

The kitchen is equipped with SubZero stainless steel appliances and a large beige center island, and there’s also a separate dining area.

This isn’t the only home Malik is trying to part with, as he’s also trying to locate a buyer for his Bel Air house—he recently lowered the asking price of that home down to $3.2 million, after listing it for nearly $3.5 million last October. However, it seems he is holding onto one other property he owns in the United States—he purchased a home in rural Pennsylvania last year, on the advice of his ex Gigi’s mom, Yolanda Hadid. For now, at least, he’s keeping that one. 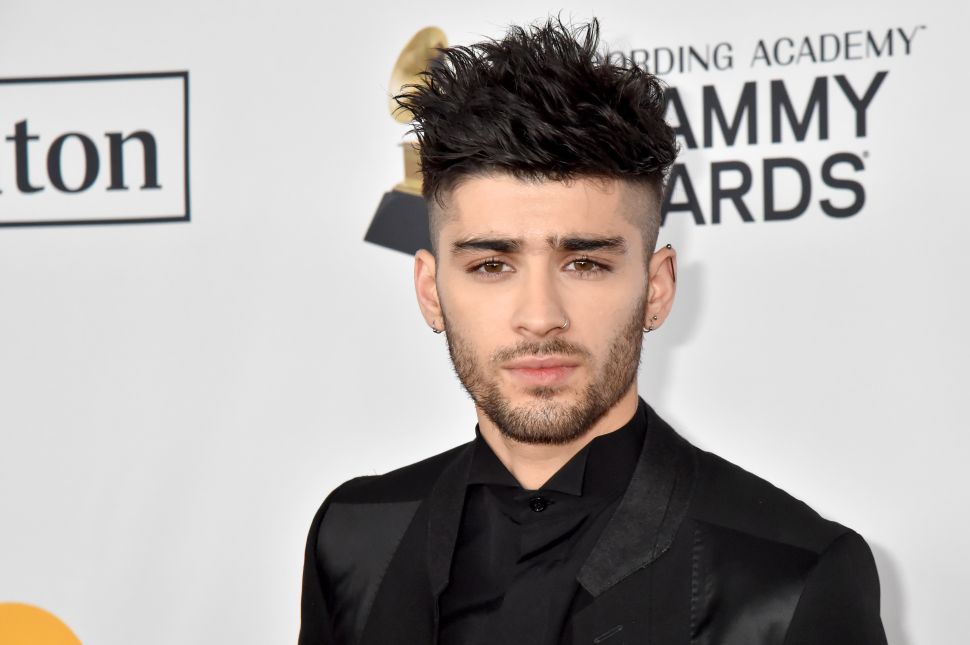