It took over a year and a significant discount, but Zooey Deschanel has finally found a buyer for her spare Manhattan Beach home. Deschanel and her husband, Jacob Pechenik, first attempted to part with the six-bedroom, 6.5-bathroom Los Angeles abode last June, when they listed it for $5.25 million, but it seems their expectations were a bit too high.

The couple ended up steadily decreasing the asking price for the next year, all the way down to the most recent offer of $4.75 million. The final sales price was still a bit under that, at $4.7 million, but at least it’s a touch more than the $4.57 million the erstwhile New Girl star and Pechenik paid for the residence back in February 2015. Still, as Variety, which first reported the sale, points out, if you factor in the costs and fees pertaining to the sale, it’s likely the couple lost money in the transaction.

The 5,320-square-foot home features hardwood floors and vaulted, coffered ceilings throughout. The open kitchen is equipped with marble countertops and a large center island, with white cabinetry, subway tile backsplash, stainless steel Thermador appliances and breakfast bar seating. There are also three separate dining areas, including a space off the kitchen as well as an al fresco option.

There are multiple living rooms on the first level, including a step-down area with another limestone fireplace and direct access to the backyard via sliding glass doors.

The master suite is on the second floor, with a fireplace, walk-in closet with built-ins and a private balcony. The bathroom has a double vanity, glass-enclosed shower and standing tub. The buyer was represented by Kathleen Cartier and Sloane Sanders at Compass.

Deschanel and Pechenik aren’t going too far, though. They doled out $5.58 million for a Cape Cod-style home elsewhere in Manhattan Beach in January 2018. Their new abode is located in the Tree Section of the neighborhood, and unlike their recently sold residence, is just a short walk away from the ocean. 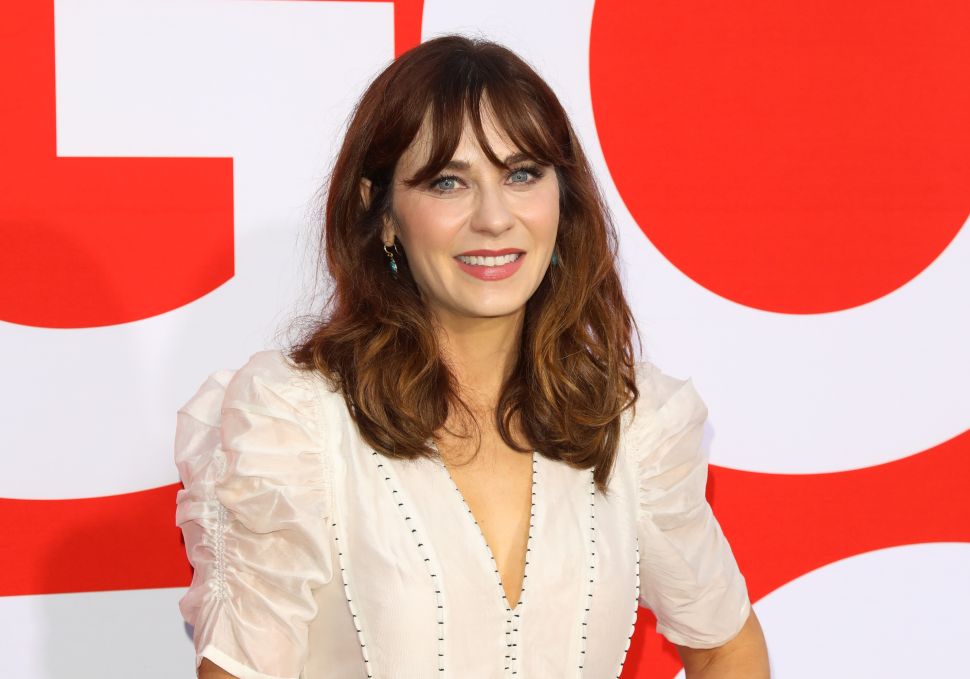