Universal Pictures’ animated feature Abominable won the weekend box office with a debut of nearly $21 million in North America. In second place came the big screen adaptation of Downton Abbey from Focus Features, a subsidiary of Universal. The latter has now surpassed the $100 million worldwide mark while the former gives Universal its seventh No. 1 film of 2019, more than any other studio. Yes, even Disney.

The fact that Universal Pictures manages to compete on the global stage without the aid of superheroes has previously been explored. But that praise bears repeating—Universal is Disney’s chief box office rival right now and it’s because the studio specifically isn’t trying to be Disney.

The Magic Kingdom controls more than a third of the domestic box office in 2019 amid its record-smashing year. That doesn’t make Disney a monster—it just means it is the most well-equipped studio to thrive in Hollywood’s franchise wars. But Universal currently sits in second place with a 13.5% domestic market share and north of $1.1 billion in North American box office dollars on just 11 new releases. The studio doesn’t have a single film in the top-eight, but it is tied with Warner Bros. for second place with five features among the top-20 behind just Disney at six.

How has Universal done it?

For starters, chairman of Film and Entertainment Jeff Shell, chairman of the Filmed Entertainment Group Donna Langley and NBCUniversal vice chairman Ron Meyer have done an excellent job of scheduling. The studio stays far away from Disney’s blockbuster releases with none of its five highest-grossing 2019 films being released within a week of a Mouse House biggie. Sony may make it work with Jumanji films squaring off against Star Wars features, but Universal aims to minimize risk.

When the studio does drop what can be considered a tentpole or blockbuster, it’s typically a calculated risk on a high-concept picture made on a reasonable budget. Hobbs & Shaw may have cost $200 million but, on average, Universal’s five biggest 2019 grossers cost 156% less than Disney’s top-five, according to reported budgets. Once you get into that $250 million-plus range before marketing, you’re putting a lot of pressure on a project to circle $1 billion globally, raising the barrier of success.

Universal may not be breaking records like Disney right now, but it is consistently profitable.

Which brings us to our next point…

The Jurassic World and Fast & Furious franchises are Universal’s crown jewels of intellectual property. But, that’s about all the studio has in terms of global blue chip live-action franchises. Warner Bros. has a vast library of flashy franchise titles, Paramount is revamping its release slate to produce more homerun swings, Sony is in the midst of launching its own shared cinematic comic book universe and the deep-pockets of Netflix and Apple are capable of anything. So, Universal has opted for the classic baseball strategy: hit it where the defense isn’t.

Of course, the studio has its down-the-middle bets. Universal’s Illumination Animation and DreamWorks Animation may not accrue the same critical acclaim as Disney’s Pixar, but the banners account for multiple successful franchises all developed at reasonable costs. Thanks to Despicable Me, Minions, Secret Life of Pets, Shrek, Kung-Fu Panda, How to Train Your Dragon, Madagascar, that family-friendly money keeps rolling in. But instead of focusing all of its resources on four-quadrant, broad-appeal blockbusters, Universal is hyper-targeting in the age of fragmented viewing habits (something linear TV needs to further embrace).

Jordan Peele has become a critically acclaimed brand unto himself with his zeitgeist-capturing social thrillers. Get Out and Us—both Universal releases—earned more than $500 million worldwide on a combined budget of [checks notes disbelievingly] $25 million while scoring Oscars love. His films pair nicely with the micro-budget profiteers from Blumhouse Productions, which churns out money-making horror films with scary frequency. Blumhouse has already released nine films this year for a total worldwide gross north of $375 million—the most expensive movie of the bunch cost just $20 million to make.

Laid out in front of you, it becomes clear that Universal is making a concerted effort to appeal to fans of comedy and horror, British and Chinese audiences, female movie-goers and black audiences. It is because of this successfully diversified portfolio that the studio can survive something like the costly and very public flame out of its would-be Dark Universe (and subsequently spin its classic monster movie IP into something far more interesting).

The lesson here is that you don’t need to fight the box office battle on your rival’s terms by attempting to go blow-for-blow with Disney. That’s just bound to leave you punched out against the ropes. Instead, each studio needs to balance modern market demands, i.e. franchise power, with the right strategy that works for them. For a while, Fox made a killing with adult-skewing franchises such as Kingsman and Planet of the Apes. STX just enjoyed a career-best opening with Jennifer Lopez’s Hustlers while Downton also set new highs for Focus Features. Warner Bros. thrived in 2018 much more because of its singles and doubles (Crazy Rich Asians, A Star Is Born, etc) than its sole home run (Aquaman).

Disney may be king at the moment, but it doesn’t hold a monopoly on quality or success. Universal continues to make the big screen race competitive. 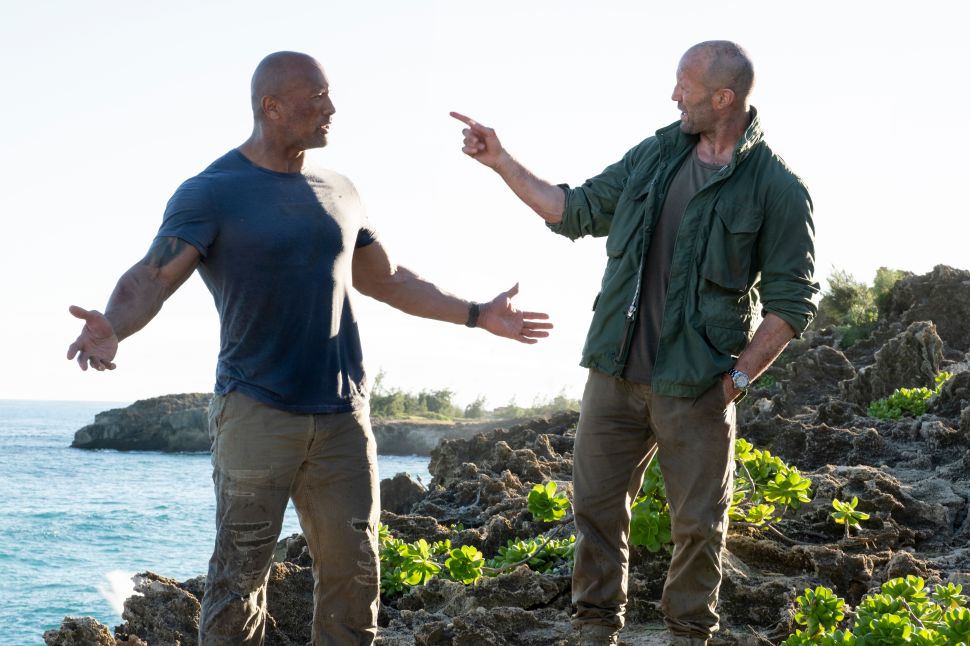