To this point, the streaming wars have consisted of targeted battles and clever positioning. Disney reclaims its Marvel, Pixar and Lucasfilm content for the launch of Disney+. WarnerMedia and NBCUniversal spend big to recover Friends and The Office for HBO Max and Peacock, respectively. Apple undercuts the competition in pricing power with a $5 monthly fee for Apple TV+. It’s all a series of calculated strikes and counters.

But as Disney+, Apple TV+, HBO Max and Peacock officially enter the fray alongside Netflix, Amazon, Hulu, CBS All Access, YouTube TV, Facebook, Quibi and more direct-to-consumer platforms, the streaming wars will devolve into full-blown guerrilla warfare. The marketplace simply cannot support this many major players. Eventually, one or more of these major streaming services will fold. What will cause their downfall and which platforms will be left upright when the dust settles? We talked to some experts to find out.

SEE ALSO: WarnerMedia Can Compete With Disney—Here’s How

Of the four powerhouses joining the conflict within the next several months, Disney+ has earned the most confidence from Wall Street. HBO Max boasts a great brand, but there’s been skepticism in response to its rumored cost and confusing rollout strategy. Apple TV+ has endless resources but a thin track record of original content development and no programming library to fall back on. Peacock will grow its user base immediately from existing NBC customers (52 million global, 20 million domestic), but will be the last to arrive to the streaming party.

There are countless pros and cons for each, but one element they all likely have in common is a long leash from their corporate backers.

“I think each of these services will get a lot of leg room before they would ever shutdown,” Steve Birenberg, founder of Northlake Capital Management, told Observer. But if one of the services begins to lag behind the others, would its studio revert back to the third-party licensing model that has dominated the marketplace in recent years?

“I think the owners would tweak the products rather than pull back completely and look to license,” Birenberg said. “If there are failures, what does that say about the landscape for third-party content at that point in time? What if Netflix and Disney+ are the clear winners and are doing it without third-party content?”

Launching a streaming service is rarely a profitable endeavor in the short-term; even Netflix still operates at an annual loss. Over-the-top services are better viewed as long-term gambles with growth value in the eyes of Wall Street. The question is: which studios can endure the yearly revenue loss and content costs the longest? Think of it as an economic game of chicken.

“There will be a lot of price pressure for new entrants and it will be very difficult for any player to survive if they don’t have the backing of a major studio to soak up early losses,” Frank Black, an author of an Ampere study of emerging streaming services, told The Hollywood Reporter.

Netflix is currently the market-leader in the streaming industry with 150 million subscriptions worldwide, including 60 million in the United States. Amazon Prime has between 90 million and 100 million subscribers with around 30 million estimated Prime Video users. Hulu crossed 28 million subscribers earlier this year. Analysts are bullish on the potential growth of Disney+ and HBO Max while Apple TV+ could feature more market penetration than its rivals thanks to Apple’s global product sales. Ultimately, the recipe for streaming success isn’t particularly complicated, it’s just incredibly difficult to execute properly.

“The key to success in today’s market is built on audience engagement levels,” Al DiGuido, President and CRO of North 6th Agency, told Observer. “The provider that releases the highest level of content that is consistently engaging with the largest pool of subscribers is going to win in the long-term. It’s no easy task.”

As of now, an eventual equilibrium between the plethora of streaming options doesn’t appear to be realistic. Consumers aren’t willing to pay for five-plus SVOD services and there aren’t enough engagement hours to properly support every platform. Inevitably, the heavy hitters will cannibalize one another. If reverting to third-party licensing isn’t enough to cover losses, mergers and acquisition may make the most sense at some point down the line.

“This might happen even if the services are relatively successful,” Chris Graham, Chief Product Officer & GM for the video intelligence firm Tonik+, said. “We’ve already seen this happen with Hulu, and the long tail value of both the content libraries and install bases is such that all of the major players at least need to consider such an acquisition.”

There’s just one problem: success has made this approach exceedingly difficult.

“The challenge is that there has already been so much consolidation in the space that the more intuitive acquisitions, such as Apple acquiring Netflix, are unlikely to be approved based on the size of the companies,” Graham explained. So the logical evolution of the streaming wars—powerful market-leaders gobble up the smaller stragglers—may not even be legally possible.

Apple and Amazon are relatively insulated from failure since content programming isn’t their core business. Both will aggressively chase scale, but they don’t need their SVOD services to grow exponentially like Netflix. Apple has ample ways to bundle its product, Amazon is already a small-screen success and both have endless reserves of resources. They can each afford to absorb programming losses as long as their original content is funneling customers to their product sales.

Netflix’s entire business model is predicated on subscriber growth, which is why Wall Street expressed concern when the company lost domestic subscribers for the first time in eight years this past quarter. As new entrants begin to chip away at their marketshare, Netflix will need to hope its sizable head start is enough to stave off decline. But, if the streamer’s numbers do begin to dip, they’ll need to revamp their content strategy, which costs more than $1 billion per month, and business model. The streamer has ambitious offerings on the horizon and its Q3 growth is expected to rebound somewhat.

Disney+ has been pegged as a can’t miss success and leads all new streaming services in originals with 61 in development. Hulu receives added protection under the Disney banner and an infusion of content and resources. HBO is approaching the same territory as Netflix and has doubled its development slate for the same reason. The premium cable network will serve as the foundational building block for WarnerMedia’s HBO Max.

Ultimately, the experts we spoke to predicted that some combination of Netflix, Disney+, Amazon Prime Video and YouTubeTV will thrive; Apple TV+, Hulu, and HBO Max will survive (though not without trouble); and CBS All Access and Peacock will struggle to keep pace. CBS targets an older demographic that may not stream frequently enough to provide All Access with the necessary engagement and growth, though the Viacom-CBS merger will bulk up its content offerings.

The Office, meanwhile, stands at NBCU’s flagship series and while attractive originals are in development, Peacock doesn’t possess a full roster of top new shows to elevate the service (yet). Yes, Peacock will be able to immediately add subscribers thanks to existing Comcast customers, but that business model assumes cord-cutting won’t continue. It will. Peacock head Bonnie Hammer said the streamer will be “very, very broad” and “have something for everyone.” But Netflix already fills the one-stop-shop role and NBCU will be the last major streaming service to arrive. As its pay-TV customer base continues to shrink, how likely is it that they’ll migrate to Peacock when they already have established services?

If all this comes to pass, the streaming wars will have claimed several high-profile casualties. But warfare is messy and unpredictable and victory is never as certain as it seems on paper. 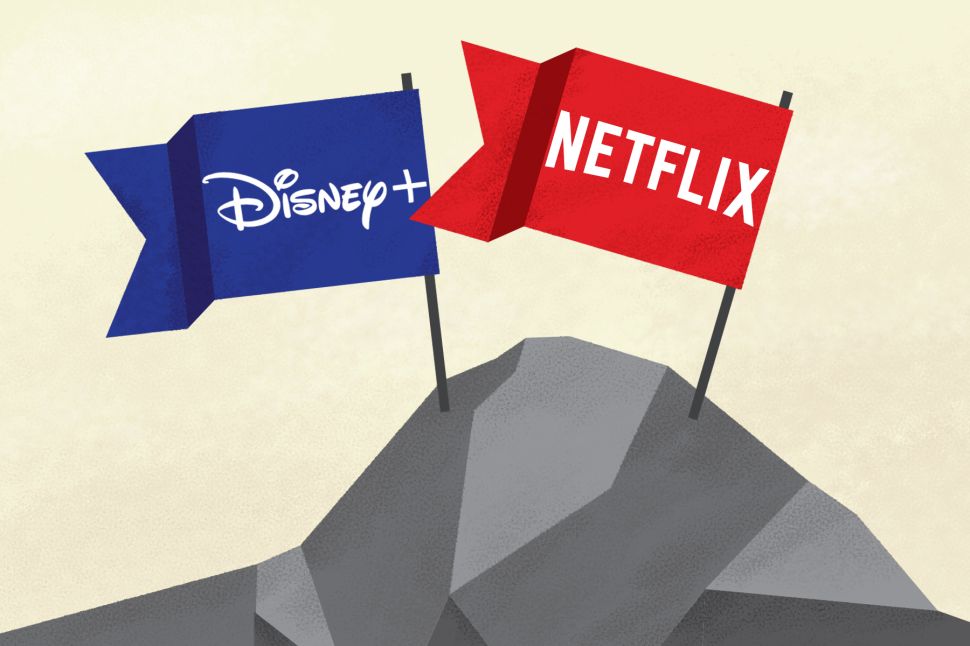