On Thursday, right before the weeklong “Climate Strike” was about to kick off worldwide, Amazon CEO Jeff Bezos announced a bold plan called the “Climate Pledge” to commit his company to reducing carbon emissions to zero by the end of 2030.

To make this happen, Bezos said Amazon plans to deploy 100,000 electric delivery vans made by Rivian, a Detroit startup it owns significant stakes in, on the road between 2021 and 2030.

While the electric van project looks like a purely environmental initiative on the surface, Wall Street saw the plan as another Bezos move to challenge the established titans in parcel delivery service.

“We note Amazon’s 100,000 trucks would be comparable to UPS’ reported 123,000 package cars and vans,” Bank of America analyst Justin Post wrote in a note on Friday. “We think this announcement, along with aircraft leases and shipping facility investment… strongly signal Amazon’s intentions to build out shipping capabilities similar to leading shipping companies.”

For years, Amazon has relied heavily on outside shipping partners like the U.S. Postal Service (USPS), UPS and FedEx to deliver packages to customers’ doorsteps. Bezos has admitted that the USPS’ extensive logistics infrastructure played a key role in Amazon’s early success and continued growth. The USPS delivered so many packages for Amazon that the partnership drew ire from President Donald Trump last year, when the president bashed Amazon on Twitter for using the postal service as a “cheap delivery boy.”

But as Amazon continued expanding its two-day and one-day Prime delivery service, USPS eventually became too slow. In late 2015, Amazon started building up its own delivery network, with the launch of Amazon Prime Air (now Amazon Air) and Amazon Flex, an in-house ground shipping service.

There could never be enough delivery drivers, it seemed, which prompted Amazon to come up with bizarre crowdsourcing ideas, such as the “delivery service partner” program last year, where the company promised to pay employees $10,000 plus three months of pay if they would start their own delivery business.

In any case, investors love to see Amazon gradually moving away from the USPS and third-party shipping services, and the Climate Pledge was a great opportunity to push this effort forward. Aside from environmental benefits, the Bank of America analyst is convinced Amazon’s electric van initiative will help boost the bottom line, as well.

“We remain constructive on Amazon’s ambitions to build out its own delivery infrastructure capabilities (less dependency on USPS and other partners), and the potential benefit from Prime one-day shipping on units and sales in 2H′19 (the second half of 2019),” Post wrote. 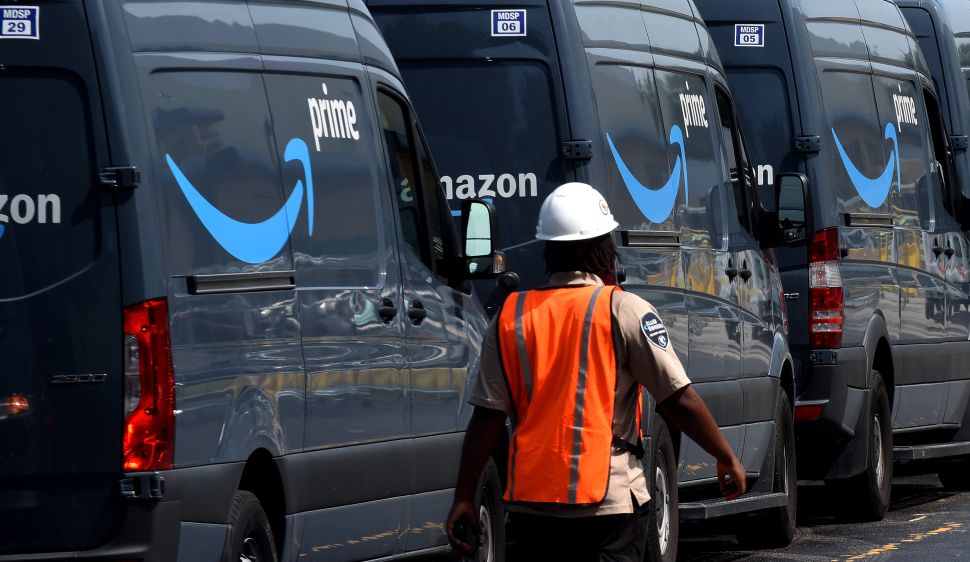