Democratic presidential candidate Andrew Yang kicked off his third TV debate in Houston on Thursday night in an unexpected way. In his opening statement, Yang said his campaign team would raffle off a $1,000 per month “Freedom Dividend,” for one year, for 10 people—as a test run of his signature universal basic income policy.

The announcement almost immediately sparked discussion on whether this is even legal, because Yang said the raffle would be funded by his donor money. But worry no more, because Yang’s cash giveaway struck a cord with some of his wealthy tech-world supporters, including Reddit co-founder and venture capitalist Alexis Ohanian, who offered to pay for the raffle, $120,000 in total, if Yang couldn’t himself.

“Hey Andrew Yang, I like this idea so much I’ll do it personally for those 10 people if you can’t,” Ohanian tweeted Thursday night.

Hey @AndrewYang I like this idea so much I'll do it personally for those 10 people if you can't.

We talk about the future of AI often at @Initialized — our nation needs to start exploring ways to adapt to the massive automation shift that's already happening. https://t.co/Q952shkWfs

Although Yang is not (yet) considered a frontrunner in the unprecedentedly crowded Democratic race, he enjoys quite a large following among the tech community and has scored several big-name endorsements, including Tesla CEO Elon Musk and Twitter CEO Jack Dorsey. 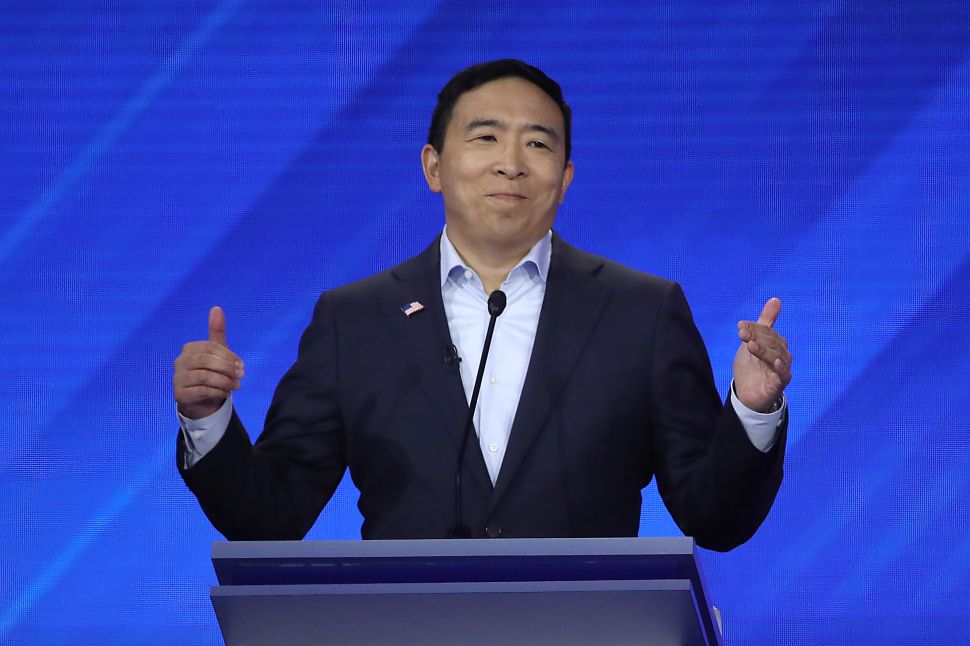