At the Democratic debate last week, 2020 presidential candidate Andrew Yang surprised the country with a cash raffle to give out a one-year, $1,000-per-month “freedom dividend” to 10 American families as a test run for his universal basic income (UBI) initiative. While critics saw the cash giveaway as gimmicky and cringeworthy, many of Yang’s Silicon Valley supporters applauded the idea, including some unlikely endorsers from far outside the American political sphere.

Last week, after Reddit co-founder Alexis Ohanian offered to personally pay for the giveaway in case Yang couldn’t do it, Chinese crypto entrepreneur Justin Sun, who won this year’s “Power Lunch with Warren Buffett” auction with a record $4.6 million in April but later cancelled the appointment, decided to get involved, too, but in a bigger way.

SEE ALSO: Warren Buffett Was Scammed Out of $340M in a Ponzi Scheme

However, in contrast with Ohanian’s petition which received sweeping positive responses, including from Yang himself, reactions to Sun’s generous offer were mixed, if not bitter.

“You’re just a headline chaser,” a Twitter user commented. “This is nothing but an easy marketing ploy and a shameless attempt to rehabilitate your destroyed image.”

Other critics drew attention to Sun’s poor record of keeping promises and the dire situation of his business, the cryptocurrency Tron.

“Do you know that $TRX is almost at $0? Can you use that money to pump $TRX at least a bit?” wrote one responder.

“If you’ll use kidney stones as an excuse to back out of paying. I don’t [think] there’s a single person who actually trusts you anymore,” another tweeted. Sun canceled his lunch date with Buffett in July, citing a kidney stone emergency (although he was spotted having fun at a company party in San Francisco three days later.)

Alexis you are a class act my friend. Will call you soon. Thank you. 🙏💪🇺🇸

As of publication, Andrew Yang hasn’t responded to Sun’s offer. 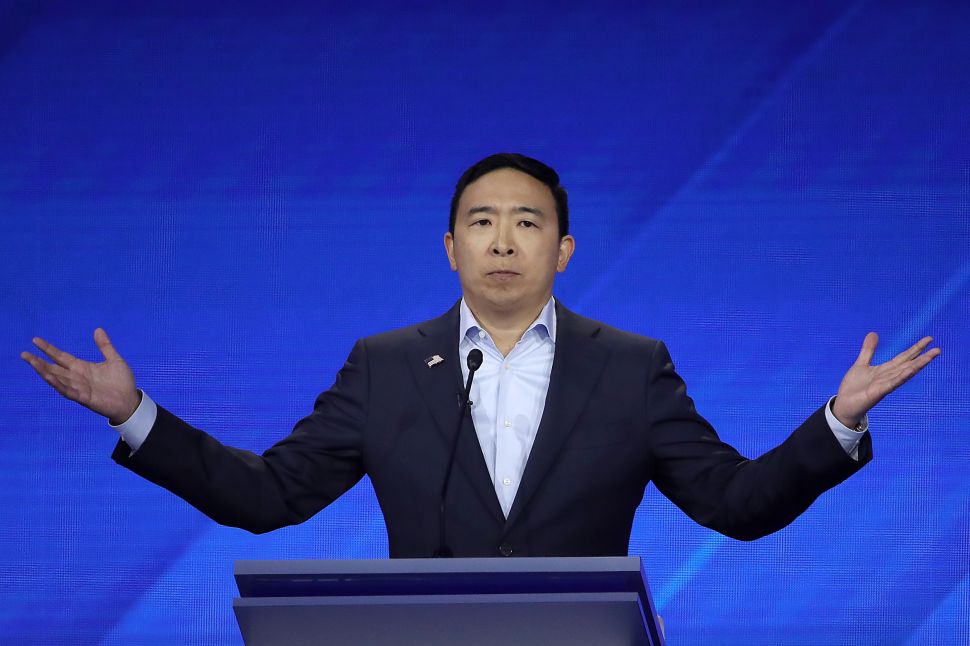