Earlier this month, Apple announced that its forthcoming streaming service, Apple TV+, will cost $4.99 per month upon its November 1 launch. That easily undercuts its primary rivals Netflix ($12.99), Amazon ($12.99), Hulu ($11.99), and the upcoming Disney+ ($6.99), giving Apple considerable pricing power. As a product sales-driven business with the most resources at hand, Apple has the benefit of third-party support—streaming isn’t the company’s primary focus. As such, experts expect Apple TV+ to be a relative direct-to-consumer success. But there are still reasons for concern.

Apple TV+ will launch with just nine shows available for immediate streaming with new content being added every month. This includes new drama The Morning Show, sci-fi series See and For All Mankind, and documentary The Elephant Queen. Compare that to fellow newcomers such as WarnerMedia’s HBO Max, which will house 10,000-plus hours of content at launch, and NBCUniversal’s Peacock, which will boast 15,000-plus, and you can see the stark disparity. Unlike Netflix and Amazon or the studio-backed streamers, Apple does not have a library of programming to fall back on and, based on recent comments from vice president of Internet Software and Services Eddy Cue, it does not sound as if the company is looking to acquire a media company to address that issue.

Apple seems to recognize the potential downside which is why it’s going to offer a free 12-month subscription to Apple TV+ with a new purchase of an iPhone, iPad, Apple TV, iPod Touch or Mac computer. The idea is to convert Apple customers to TV+ viewers and hope the streamer’s rollout over the first year is enough to retain them once credit cards start being charged.

But because Apple does not possess a back catalog, it’s going to need to produce a wealth of original content. More importantly, that content has to be extremely attractive. That is a monumental undertaking that the higher ups should not underestimate. There are streaming services that have been in this game for years and have yet to produce an enviable batting average. That challenge will fall to programming heads Jamie Erlicht and Zack van Amburg.

Apple has previously considered creating its own television set and buying or partnering with a pay-TV company to develop new on-screen guides. Neither grand ambition came to pass. Apple’s most pertinent investment in this sector has been the Apple TV device, a great resource that is nonetheless similar to Roku and Amazon Fire TV. Other than that, the deep-pocketed tech giant has little to no footprint in this realm. Courting a television audience is not built upon the same profit-and-loss equations that selling iPhones might be.

The brand identity Apple TV+ seems to be aiming for is carefully curated quality, a niche HBO has been thriving in for two decades, attached to A-list names. But name-power alone isn’t enough to fuel an engine of success in today’s IP-driven rat race.

Jennifer Aniston and Reese Witherspoon’s $300 million Morning Show appears to be a compelling drama, but it’s not going to be a flagship series in the same vein as Stranger Things, Game of Thrones or The Handmaid’s Tale. Hailee Steinfeld’s Dickinson looks like a creative reimagining, but is a series about an author who has been dead for more than 100 years really going to attract mass audiences? There’s a reason why Amazon Prime is pivoting from little seen critical darlings to broad home run swings. We still don’t know anything about the Oprah Winfrey-backed content Apple has planned and new series from Steven Spielberg and J.J. Abrams are still months away.

Money and reputation are not enough to create compelling and attractive content that will feed a global network. Apple may need some time to learn that lesson the hard way.

Erlicht and Amburg are smart individuals who developed a strong track record at Sony TV before jumping to Apple. But how much control over the development slate do they really have?

Already there have been separate reports that Apple executives have overruled the creative team to axe potentially divisive material. The streamer’s strategy is reportedly “conservative and prickly” with no interest in content that includes sex, drugs and violence. You don’t necessarily need those elements to produce enticing programming, but it’s not advantageous to box yourself in.

This strategy reportedly led to Apple CEO Tim Cook halting the development of an original show based on the life of hip-hop mogul Dr. Dre. A #MeToo-themed series from Whitney Cummings was also declined while M. Night Shyamalan’s thriller series reportedly drew oversight from Apple execs.

Entertainment is subjective which is why, at the end of the day, nobody really knows anything. Hits and misses are all obvious in hindsight but, in the moment, there is no one golden formula to solve the problem. Apple TV+ will have a long leash and ample opportunity to succeed. But that doesn’t mean skepticism isn’t warranted in the meantime. 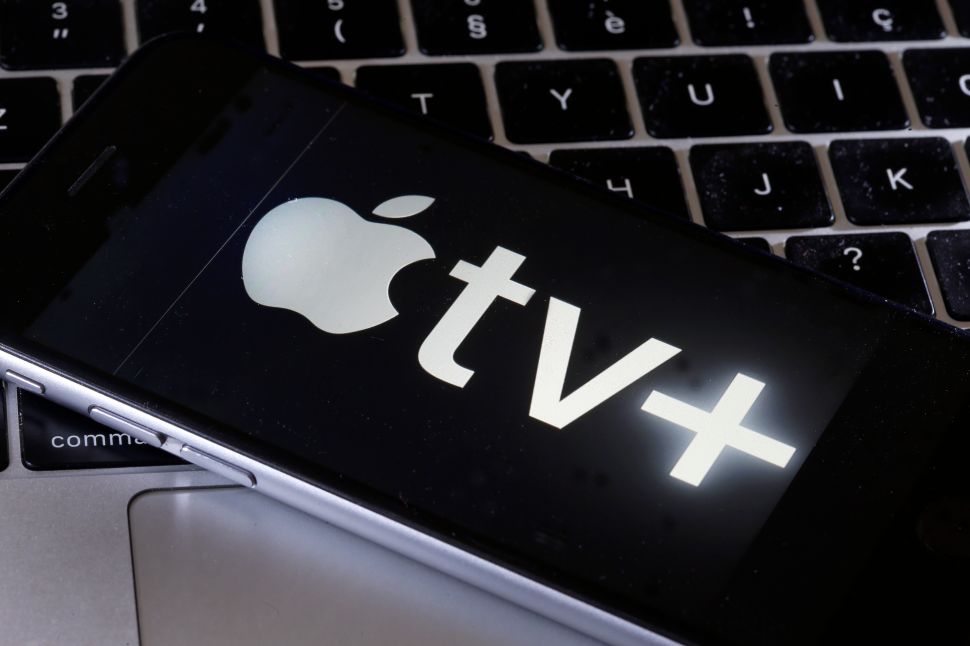