Theater chains aren’t budging for Netflix as the streaming service refuses to adhere to a traditional 90-day exclusive theatrical window before making its films available on its online platform. But one streamer’s loss is another streamer’s gain.

Apple is reportedly eyeing standard theatrical releases for some of its upcoming films under Apple TV+, starting with Sofia Coppola’s 2020 drama On the Rocks. The movie is the first salvo in Apple’s multi-year partnership with Oscars-friendly indie studio A24. The tech giant is said to be meeting with cinema chains and consultants as it shapes its cinematic strategy, which will include 90-day theatrical windows for select films. The upcoming documentary, The Elephant Queen, which Apple required at TIFF 2018 may also be heading to theaters as well in advance of an awards campaign.

This approach accomplishes two things for Apple. First, it establishes relationships with exhibitors at the ground level of Apple’s streaming endeavor and signals a willingness to play on their terms. Heads of programming Jamie Erlicht and Zack Van Amburg have no doubt seen the contentious dynamic between Netflix and major theater chains and opted to avoid such impediments. While this does devalue the exclusive nature of direct-to-consumer streaming, Apple is clearly more concerned with leaving a culture footprint. It doesn’t need Apple TV+ to make money to be effective.

Second, this positions Apple as a stronger contender for Academy Awards. If there’s a more volatile relationship than the one between Netflix and exhibitors, it is the fraught connection between Netflix and the Academy. Steven Spielberg believes Netflix movies should be barred from competition and he’s not alone within the voting body. Some believe Roma‘s limited three-week theatrical rollout before hitting the streamer, as opposed to a traditional release, sunk its Best Picture chances last year. Apple may not be in the market for a major film and TV studio as many had speculated, but we know it cares about winning Oscars.

This move comes at an interesting time for over-the-top services and traditional film culture. Netflix may not be conceding full releases, but it is planning to release a company-high 10 films in theaters this award seasons for limited exclusive runs. Conversely, Amazon Studios—which had long adhered to a three-month window for its biggest releases—is scaling back on its theatrical rollouts for movies such as The Report and The Aeronauts.

Apple TV+ will launch worldwide on November 1 with a monthly cost of $4.99. The service will have nine pieces of original content available for viewers at launch, headlined by the $300 million drama The Morning Show from Jennifer Aniston and Reese Witherspoon. 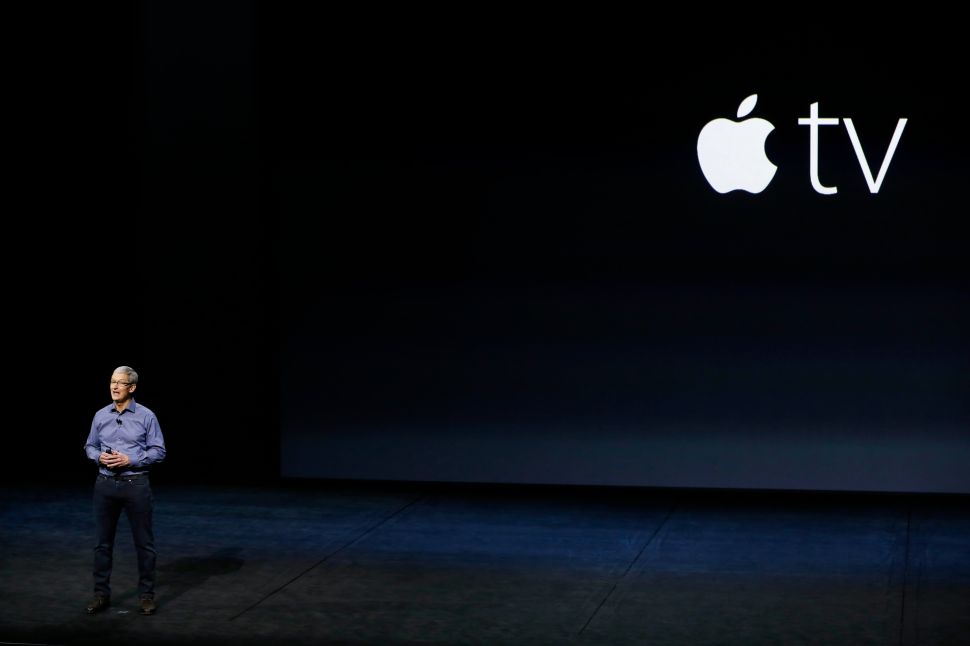