Apple presented several new iterations of its products during its annual September keynote this week.

While the company unveiled the best versions “yet” of the iPhone and iPad lines, the new Apple Watch had one anticipated feature missing. Despite longtime rumors that the wearable would have a sleep tracking tool added this time around, Apple CEO Tim Cook made no mention of such a feature during Tuesday’s event.

While the company is now offering the device in four different materials—aluminum, stainless steel, titanium and ceramic—along with other updates, monitoring users’ REM is not on the menu. Foregoing this software update could be due to the historical difficulty of tackling sleep monitoring, explained Eric Cohen, SVP of consumer business at Cambridge Consultants.

While Apple knows that tracking sleep patterns is just as important as heart rate and stress for many consumers, the company would be following in the footsteps of other attempts in the tech industry. “The problem is that multiple startups have already come and gone that took a gamble on our willingness to wear awkward devices in bed,” Cohen told Observer.

One issue facing tech is providing a product that maintains physical comfort. For anyone who takes off their watch and jewelry nightly before climbing into bed, this is a major factor.

“Users don’t like wearing devices to their most sacred space, the bedroom, and there’s anecdotal evidence that many Apple Watch users remove the device at night, even if only to charge the battery,” Cohen explained. “I’m sure that Apple could get the tech right, but perhaps they’ve already seen where sleep monitoring is headed.”

The current future of health monitoring tools lies in “contactless” device solutions, in which the user isn’t forced to wear anything on his or her body. “This will allow users all the benefits of technology, without interrupting our normal lifestyles by worrying about charging and the nuisance of wearing devices while sleeping,” said Cohen.

That said, Apple doesn’t currently offer a “contactless” sleep monitor that uses sensors to detect sleep cycles. Perhaps because similar technology in this space has failed to gain general appeal in the past, implying overestimated consumer interest in tracking nightly resting periods. Take for example, the San Francisco-based sleep sensor maker Hello, which made bedside trackers, failed to grow despite millions in backing, and ultimately shut down. Another demise dates further back to 2013, when sleep-monitoring alarm clock maker, Zeo, went out of business.

Despite lacking this feature, the Apple Watch will likely continue to dominate the health tracking device market. The fifth generation of the smartwatch, which will start at $399, is set to be released on September 20. 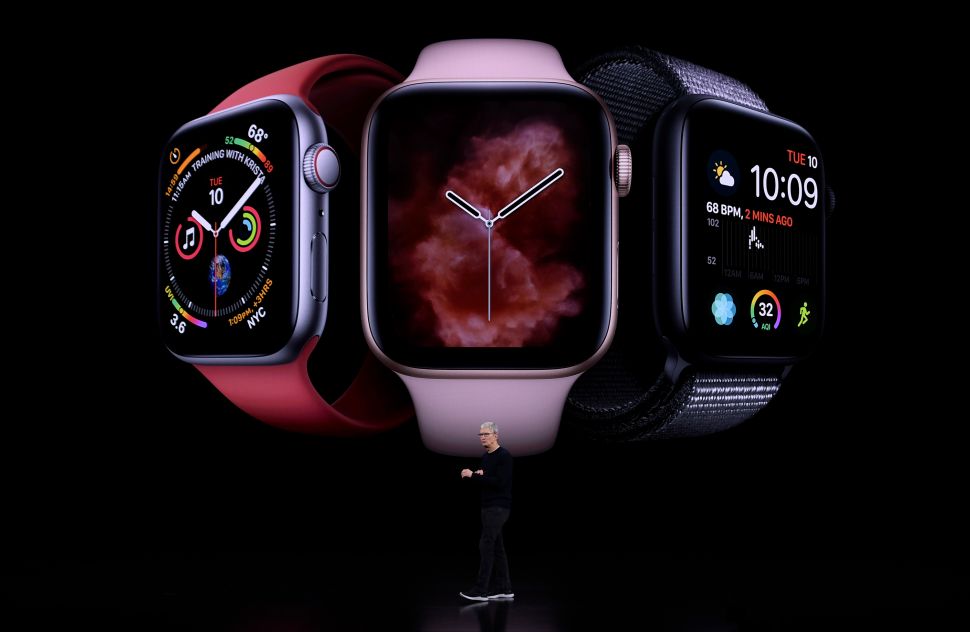