This year, the annual Miami Beach Art Basel extravaganza is expanding in a few small critical ways; this is pretty much to be expected for an arts-focused event that thrives on its own sense of bombast. However, as things at Basel get bigger and better in order to satisfy the expectations of a globalized art market, one particular step has been taken to also make sure that smaller organizations are taken care of. Back in 2018, Art Basel floated the idea of introducing a sliding scale of fees for participating galleries in order to accommodate smaller organizations who find it harder to shoulder the cost of presenting on such a grand scale. The sliding scale was implemented this year at Basel’s flagship fair in Basel, Switzerland and, Miami Beach is the second fair during which the new system will be rolled out.

The struggles shared by smaller galleries are no secret to anyone in the art world right now. As such, some leaders of larger galleries are trying to be more active when it comes to protecting and assisting their smaller-scale peers, and certain professionals believe that collaboration is the best way forward. Simon Preston, a newly appointed senior director at the ever-expanding Pace Gallery, told Observer in August that the closure of his own eponymous gallery taught him a lot about sharing labor. “[Pace has] already started to work with artists and their other galleries,” he said. “[We just have] opportunities those smaller, mid-sized galleries can’t offer, but they do offer something critical that perhaps Pace is not able to. There’s no reason for them to be threatened, I think there’s a real opportunity to do things in tandem.”

Indeed, it was mega-gallery star David Zwirner who suggested in April of 2018 that larger galleries should subsidize fair-attending costs for their more vulnerable peers. It’s interesting to recognize that when confronted with the realities of capitalism, even extremely well-off gallery founders recognize that the heart their industry would be enormously threatened if all smaller galleries and their points of entry to the market were eliminated by a mega-gallery monopoly.

Update: An earlier version of this piece misstated the galleries that would be affected by the sliding scale. 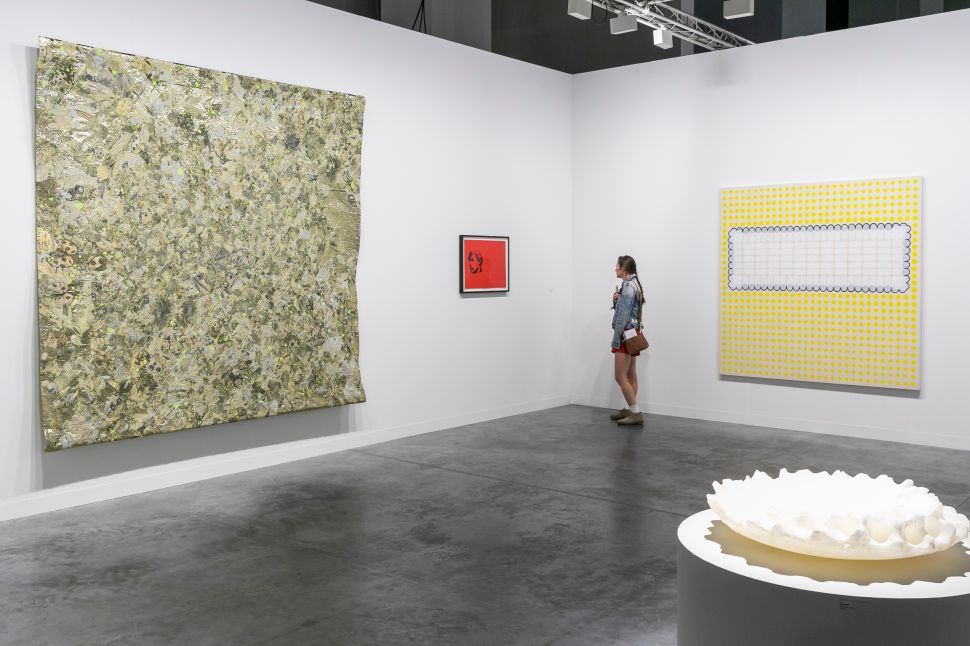