In the early years of establishing my fine art shipping and logistics company, Atelier 4, I received a call from the manager of a prominent art dealer who had a space in the newly established 130 Prince Street gallery building in SoHo. His client needed to have a Keith Haring powder coated steel sculpture delivered that evening, in the Hamptons. It was a blisteringly hot Friday, all of our trucks were out on jobs, and there were just the two of us in the office. I offered to give him some names of other capable handlers, since there weren’t that many in the early ‘90s. He  informed me he had already made several calls, and I was his last chance. Notwithstanding my bruised ego, I told him that even if I could rent another truck, one person wouldn’t be able to safely handle this sort of job, and I couldn’t leave the office unattended. “I’ll be your second man!” he countered.

Since I’m thoroughly customer service oriented, I possess a loathing of the word “no.” I looked at the clock and threw some packing blankets, dollies, packing tape, stretch film, straps and a hand truck into my car. I drove from Dumbo to Greenpoint for a short-notice truck rental by lunchtime. With the drive to Soho, loading the artwork, driving to East Hampton, delivery, set-up and the drive home, I knew I’d be lucky to be home by 2 a.m.

SEE ALSO: The Best Lesson I Learned on the Road as a Traveling Art Handler

At the gallery I was met with forced appreciativeness, which didn’t quite mask the stink of nerves. As we walked to the store-room I could see two Harings on dollies. “Which one?” I asked. He informed me they were both going; the CFO of his client’s company overheard the deal and called to see if there were any others. “The big guys usually buy with their ears,” my customer told me. The CFO had a house about 15 minutes from the client. “We’re good, right?” Right. “No” still didn’t come naturally. With both sculptures secured in the truck, we got moving. At about 2:30 p.m. we were headed to the Long Island Expressway. After an uneventful first stop at the CFOs we approached the primary target and were met by a security detail. They were armed with Uzis. Uzis! Apparently there were kidnapping threats against the client’s family. “No” was sounding like a better word to me with each passing hour.

The sculpture was to be installed by the pool at the end of an immaculately-landscaped 200-yard-long gravel path with pavers placed at four-inch increments. If this detail had been supplied, I would have insisted on bringing plywood or Masonite to roll the sculpture across. Instead, my art-dealer customer and I were forced to lift the 275 pound Haring take a few steps, rest, and repeat. By 9 p.m. I was cranky, my customer was a sweaty mess and I wasn’t looking too spiffy myself.

It took about a half hour to reach the install location. There was a pad already in place, and a sculpture sitting on it that we had to move to the garage. Fortunately it was aluminum, quite a bit lighter than steel, so that was a nice surprise. While we were working out there, I could see the client with his wife, at their dining room table. He spotted us and waved to come inside. My customer let out an audible groan.

“Can you guys re-install this for me?” He pointed to a large painting set behind a heavy oak sideboard laden with porcelain vases. “Can you believe it? The people who delivered it hung it upside down!” The painting is a Baselitz; the big guys most certainly buy with their ears.

I’ve seen collections that have matured and refined, have taken sharp turns and have even been abandoned. The trappings of high net worth individuals without a passion for their acquisitions can impress, yet leave a hollow feeling in the gut. But it has to be said, those folks are among the ones who put food on the table for the artists, dealers and growing numbers of professionals in the service of this expanding industry, and they create relevance for decorators, advisors and consultants. To this day, I don’t know if the Baselitz ever got re-oriented, or if someone had the nerve to tell the owner, “it’s supposed to be that way.”

I eventually learned how to say “no,” and now it is policy at A4 that when someone requests a Friday delivery to the Hamptons, it’s a two-day minimum, at overtime. I was in bed by 4 a.m. 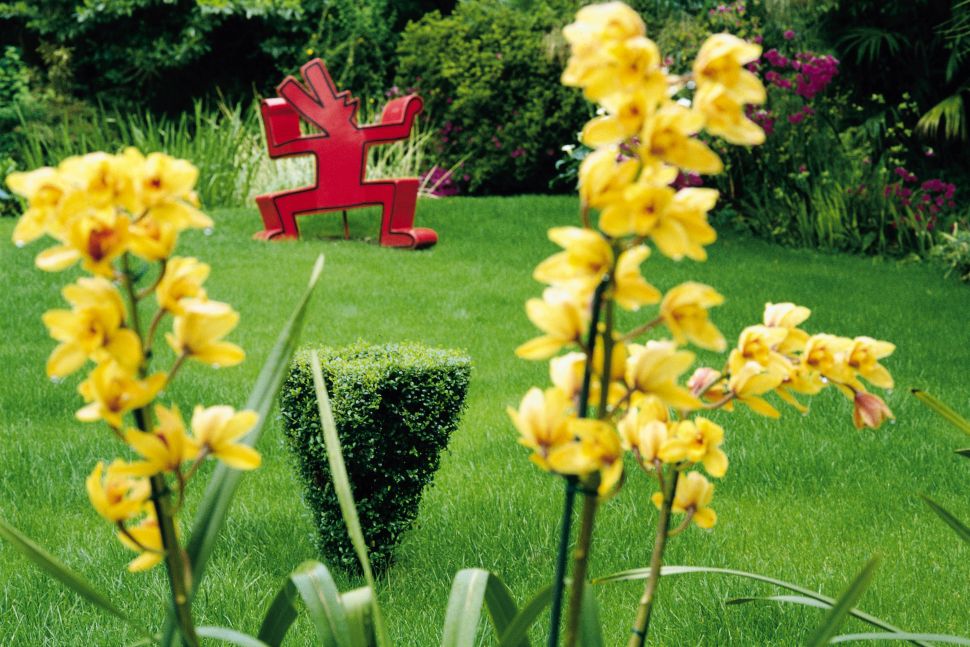