Oh boy, everything in the world is all broken down to analytics nowadays, isn’t it? Even romance. Ones and zeros. The modern world never ceases to continually creep me out.

Guess what artificial intelligence (AI) is doing now? Yes, machine learning can now be used to determine if there are seeds of romance embedded in your text messages.

SEE ALSO: How Much of Your Personal Data Can Dating Apps Access?

There’s currently a string of apps hitting the market that utilize artificial intelligence to help your dating life—in a manner that makes our crazy, increasingly impersonal world feel just that much crazier and more impersonal.

Take Mei. This app bills itself as “the first-ever messaging app with a built-in relationship AI.” Mei trumpets that it’s a “relationship assistant” that can deliver real-time personalized analysis and romance advice based on your text conversations. Gross.

Yes, because that’s exactly what modern communication needs… the assistance of artificial intelligence playing Cyrano with our budding romances.

The Android version of the app can take text conversation from, say, WhatsApp, crunch the analytics and evaluate a compatibility level and personality of the person you’re messaging, providing a score based on openness, emotional control, extraversion, agreeableness and conscientiousness. On the iOS version, the app provides a 100-point scale on how romantically interested the person might be. Yes, it’s a bot that can discern sincerity.

Our team has spent almost three years combining natural language processing, machine learning models, and one of the largest datasets of its kind, to create an AI that can understand the user through text messages. We started working on this because we felt technology and data could be used to improve the most important thing to many of us: our relationships.

Though Mei’s analytics it can also be determined if you’re not chatting like your usual self or if your contact is acting strange. Sure, there’s funny emojis, but emotion and meaning can still get lost in your messages, claims Mei.

“It’s almost like texting body language,” Mei’s creator, Es Lee, told Wired about the app’s inception. “Do you wait to reply, or do you reply immediately? Do you use exclamation points? Do you double text? I thought a lot of that could be done with algorithms. It felt like a natural thing to do.”

Sure, this is a great app for those who feel that there just might be some overlooked sign of flirtation in their messages of unrequited (or is it?) love. Or… a perfect app for predators who just can’t take “no” for an answer and need analytical verification right before the other party permanently blocks them.

Or, what better way to find out that your creepy stalker… actually has a massive crush on you.

We’re already living in an age where there’s been serious alarms raised regarding data breaches from FaceApp, a photo filter tool that makes you look old; no need to worry about data security from an AI app that analyzes the patterns of your personal conversations. In fact, we’re willing participants in this Big Brother experiment.

It’s just another step further toward complete disconnection from actual human face-to-face interaction. Now, where’s the app that will write the romantic messages for us, based on generating key words and phrases, that can be implanted into our brains and speak (i.e., text) the words for us? 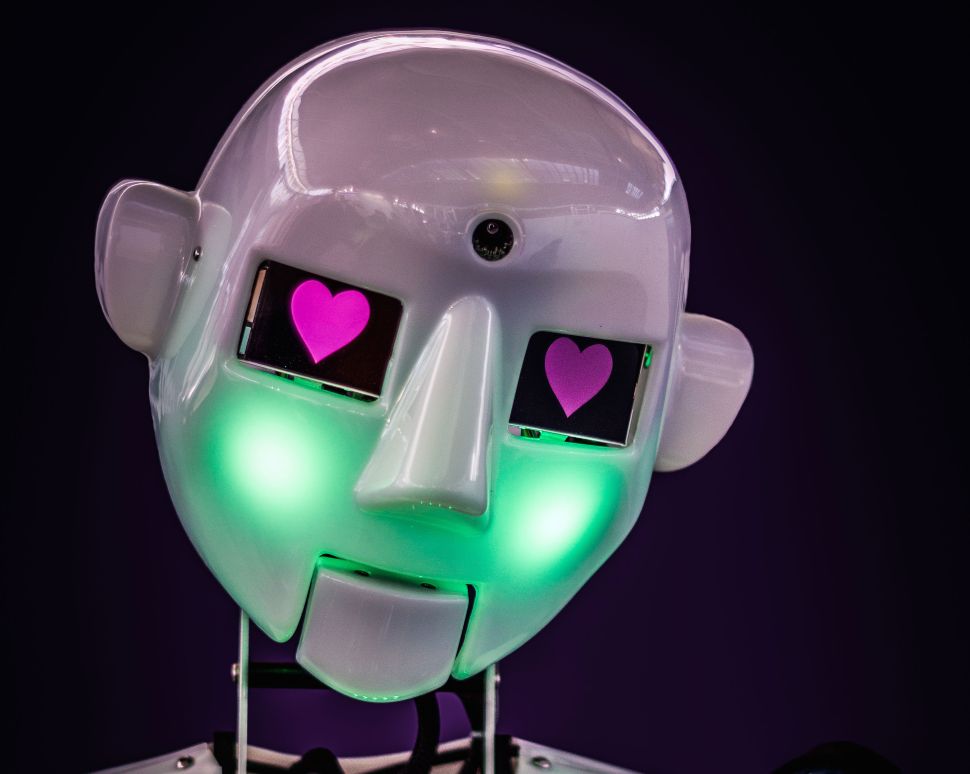