If you are a millennial, computers have been trying to get you killed since the days you were born.

On September 26, 1983, the satellites and computers of the Soviet Air Defense Forces, tasked with using data to determine if the United States was launching a nuclear attack, told the humans in charge exactly that was happening—five U.S. ballistic missiles were incoming and the time for the USSR to prepare to launch a retaliatory attack was now.

The reason why you are alive today to read this item is that the human involved, then-Lt. Col. Stanislav Petrov, believed that the computer was wrong. He was right—and thus a nuclear war of the kind seen the following year on the BBC made-for-TV movie Threads did not happen. If the computers were in charge, it likely would have, and civilization as we know it would be over. These are all objective statements.

Of course, both computing power and sophistication have grown by leaps and bounds since Ronald Reagan’s first term. Today’s average consumer smartphone is almost unfathomably more powerful than Cold War-era nuclear weapons’ command-and-control technology. Over the next year, the Pentagon will spend $1 billion to develop artificial intelligence (AI) technology that will “compete, deter and, if necessary, fight and win the wars of the future“—including, presumably, an apocalyptic scenario of the kind Petrov, a human, averted.

Among the jobs that could be outsourced to decision-making computers are the jobs of modern-day Petrovs and other humans tasked with deciding if it’s time to end humanity with a nuclear strike. In fact, this outsourcing of command-and-control of the nuclear arsenal must happen, some policy wonks have recently argued, because both nuclear capabilities and computing power have advanced so far that the timeframe required to assess whether a retaliatory second-strike is necessary—and then launch it—has decreased from the 20 or so minutes in Petrov’s time to perhaps the length of a Lil Nas X song.

Central to nuclear weapons policy is the concept of deterrence, or mutually-assured destruction. No nation will launch a nuclear strike because doing so would ensure that nation’s own destruction. This doctrine is essentially what’s kept nuclear weapons out of circulation for the past 74 years. Handing over control of nukes to AI is seen by some as a necessary adaptation to modern-day technology that would keep the Cold War-era notion of deterrence alive.

So: Skynet, but for real. This is what the think-tanks, government-funded nuclear labs and college professors who influence U.S. nuclear policy and strategy are currently pondering. Is it a good idea?

There are policy wonks who believe it’s absolutely a good idea. Two of them, Adam Lowther and Curtis McGiffin, both former military, penned a recent post for national security blog War On the Rocks arguing for an AI-controlled “fail-safe,” not unlike the “doomsday device” in Stanley Kubrick’s Dr. Strangelove. In their view, the nuclear weapons today fielded by the Russian Federation are too advanced for current U.S. defenses. The solution is AI, which would be able to determine if an attack had been launched, and would trigger an automated response even before the first nuclear detonation—and all in a time frame much quicker than the time required for a human brain to say, “Oh, shit.”

But there are many more policy wonks who believe that ceding control of the nuclear arsenal—a major plot-point in The Terminator that didn’t end so well for humanity—is a tremendously bad idea that upends the entire doctrine of deterrence, which is what has averted a nuclear war to date.

As Vice noted earlier this month, relying more heavily on AI removes the human element. It removes people like Stanislav Petrov. “There’s no way to know what happens if we cede control of these systems to an artificial intelligence, but we do know the likelihood of a person like Petrov stepping in to stop the madness plummets,” Vice’s Matthew Gault wrote.

And if AI is in charge in, say, the United States, that means other nations without that AI—say, China or Russia—might be more likely to launch a first strike or take other countermeasures, “which could increase first-strike instability and heighten the risk of deliberate, inadvertent and accidental nuclear use,” as Rafael Loss and Joseph Johnson wrote last week for War on the Rocks, which published the original argument in favor of an AI-controlled nuclear “dead hand.” At the same time, they argue that deterrence is an “extremely complex” problem—one that any AI hampered by a lack of good data will not likely be able to provide solutions for in the immediate future. AI won’t start a war, they argue—but, nations unsure about their deterrence abilities, or the capabilities of a rival nation using AI, might.

But that’s the problem with AI—as experts from global policy think tank RAND noted in a lengthy report last year, it’s a destabilizing force that injects uncertainty and doubt into an already fragile balance. “Maintaining strategic stability in the coming decades may prove extremely difficult, and all nuclear powers will have to participate in the cultivation of institutions to help limit nuclear risk,” they wrote. So far, AI is making that more difficult, not easier. 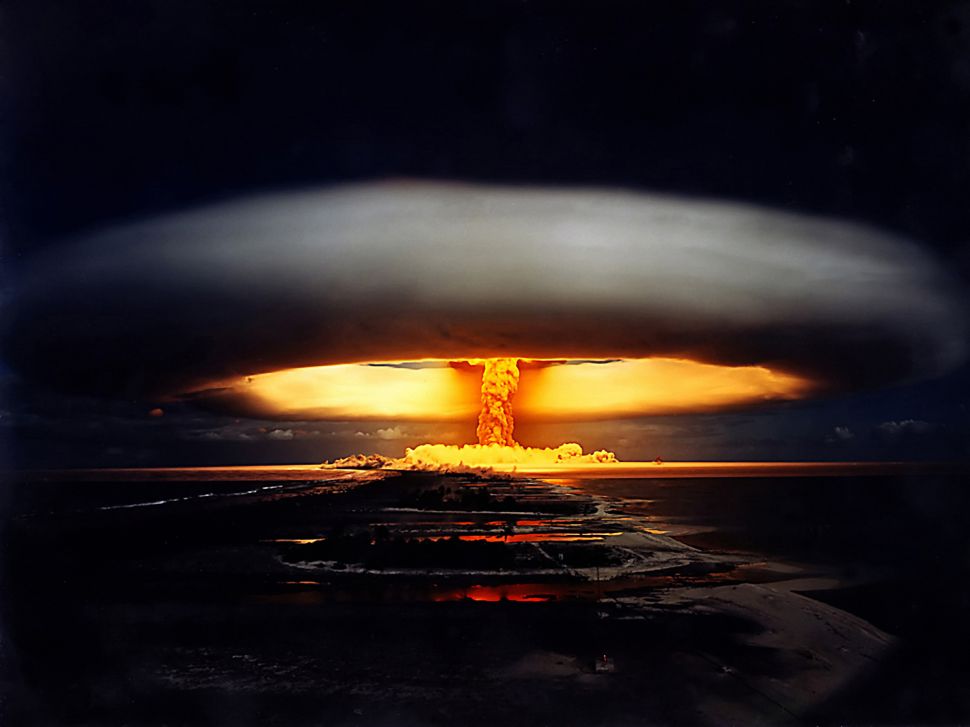