Have we reached an artificial intelligence (AI) milestone overload? Are we so jaded about momentous breakthroughs in AI capabilities that we no longer acknowledge them with the appropriate awe AI demands?

One would think so after the July performance of Carnegie Mellon and Facebook’s Pluribus went virtually unnoticed. Don’t know about Pluribus? You should, because this valedictorian of machine learning is a serious threat to your livelihood.

I’m assuming for the purpose of this article that the reader is involved in strategic thinking; that creative analysis of problems and value-added thoughts are part of your job. If you are employed in a task of mindless repetition you need not fear the Pluribus future. Unfortunately, most of the jobs we have, and certainly the high paying ones that allow you to have a nice life, require a lot of creative, innovative thinking and decision making.

Some AI backstory: Machine learning has been whittling away the edge humans have over computer programs for a long time, starting in 1997 when IBM’s Deep Blue defeated world chess champion Gary Kasparov. Headlines around the world proclaimed that machines were now smarter than humans.

Naysayers responded that winning at chess was a specific skill set, more about mathematical probabilities than the employment of subtle judgements, the human brain’s specialty.

AI game-playing seemed to go quiet for a while until 2017 when Google DeepMind’s AlphaGo beat Ke Jie, the world’s top ranked Go Player. Go is a 4,000-year-old Chinese board game that, let’s just say, makes chess look like checkers in complexity. Once again, the web and print world lit up with this accomplishment. AI programs were now using “neural networks” that mimic the way the cerebral cortex processes information, and then offer advice. DeepMind was getting close to being human and threatening to crash the last barrier—the ability to demonstrate playfulness.

As Tuomas Sandholm, one of the creators of Pluribus, told The Guardian, “It’s the first time AI has achieved superhuman performance in a multiplayer game.” He was being modest. What Pluribus did was beat the world’s best players at Texas hold’em. This may sound like some Wild West saloon card game from a Clint Eastwood movie, but it is not. Widely played today in tournaments all over America, Texas hold’em is the epitome of multi-player strategic thinking, cue analysis, advanced future predictability and the most powerful, yet unquantifiable, skill of all… bluffing.

The shocking fact that Pluribus out-bluffed the world’s top five players and won a big pot of money, means AI has reached a new critical level, because bluffing is one of the traits that enables us to succeed or fail by processing, and then utilizing, what we have learned in the past about the behaviors of others and thus affect the future to our advantage.

Think of the great battles that have decided human history. Every one of them involved bluffing. One of the world’s great practitioners was Dwight D. Eisenhower. His landing at Omaha Beach was a bluff—one that changed history. Also, almost all foreign policy, like the trade war we’re currently having with China, is based on game theory, which contains an element of bluffing.

We bluff dozens of times a day, for example, at work when we aggressively price our goods/services and hope they stick with buyers. We bluff in interpersonal relationships when someone says, “unless you do this or that, I’m leaving,” not really intending to.

Every property purchase/sale involves a bluff, even if the asking price is paid. In that case, the seller’s bluff won.

Wall Street, along with the trillions traded there, is perhaps the home of the really big bluff. For example, bluffing is the heart of IPO pricing. Look at Uber and Dropbox. The sponsors were all in, believing that the market would buy shares at that price. The current WeWork IPO drama is a bluff being called.

All merger and acquisition advisors employ bluffing, and they are some of the very highest paid professionals around. Bluffing is to hedge funds what blood is to the heart. The same can be said for all quantitative analysis and trades.

The race to build better bluffing programs will be brutal. If a machine can out-bluff human traders or analysts, the foundation of the financial industry will be undermined.

Bottom line: While robots have taken many of the jobs of the manually skilled, Pluribus and its future generations are coming for the jobs at the other end of the spectrum—the brilliant, the cunning, the creative. And that may not be a bluff. 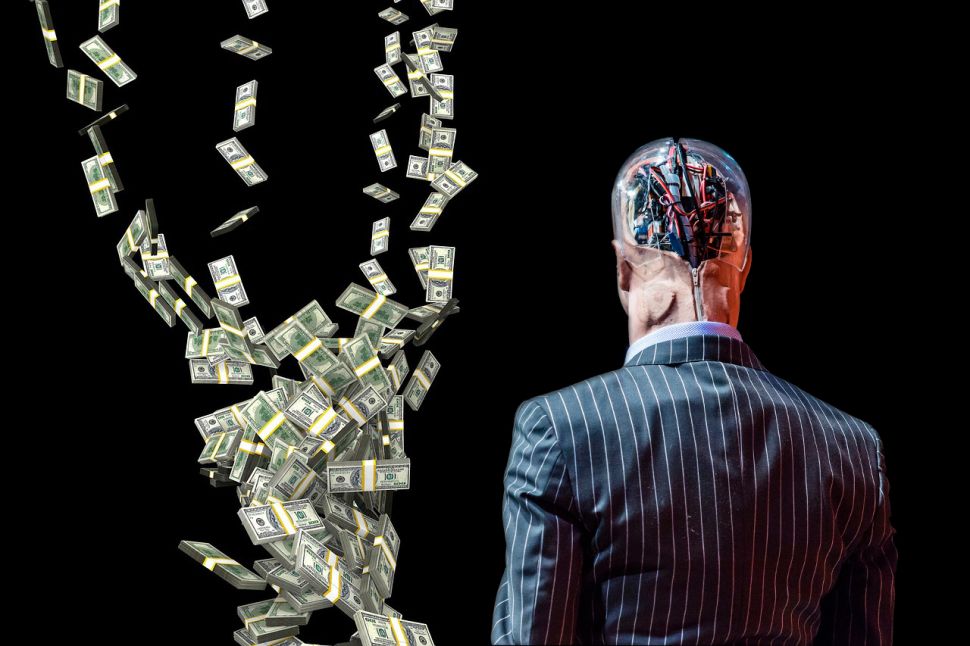