To say the future of naval warfare belongs to submarines is accurate, but misleading. Though massive aircraft carriers and sleek, high-tech destroyers resembling UFOs are more visible representations of hard power—imposing surface vessels are how you wave Theodore Roosevelt’s big stick in other countries’ faces—the world’s navies recognize that real supremacy is more subtle. War at sea is all about submarines, and all of the great power contenders want the best underwater boats right now.

For a generation or more, this has been a two-way contest between the United States and the Russians (inheritors of the Soviet Navy’s traditions and technology), but comes now a competitor. As Sebastien Roblin wrote in The National Interest last week, a new submarine class launched earlier this summer by the French Navy could be among the world’s best.

As Popular Science pointed out, France is one of only four nations on Earth with the capability to build, arm and launch a submarine. The other three are China, Russia and the United States. The sheer complexity of each individual boat—one million unique components, 200 different software systems running 20 million lines of code—and the rarity with which such complicated craft can be launched, once every 40 to 50 years, means the introduction of a new submarine is a major event.

It’s an oversimplification, but submarines can be said to carry out one of two missions: strategic or tactical. Large ballistic-missile submarines are a crucial component of every nuclear nation’s deterrent strategy, but to protect and attack those boats, nations also need fast-attack submarines—meant to hunt and destroy other submarines, as well as surface shipping.

In July, France launched its newest attack submarine, the Barracuda-class Suffren. Hailed by France’s President Emmanuel Macron as the “independence of France… our very status as a great global power,” the $10.2 billion, 5,181-ton vessel won’t carry nuclear weapons, but is instead responsible for keeping France’s boomer subs safe. Suffren boats can also lob cruise missiles at land-based targets 620 miles away out of its torpedo tubes, as well as carry commando-sized infantry units close to the shore—and do it all while producing as much noise as “the ocean itself” or a “sea shrimp,” depending on whose simile you prefer.

Submarines need to be near-undetectable in order to be viable war machines. The Suffren glides through the ocean in near-silence thanks to a “pump-jet propulsion system,” specifically meant to be very quiet at very high speeds. The boats also have a nontraditional “periscope,” optronic masts equipped with cameras that take up less space and relay more information about nearby threats more quickly.

Being a nuclear boat, the Suffren can stay submerged near indefinitely, its operational capability limited only by the human element. (It can carry enough food, and other life essentials for a little more than two months at sea.) Its wonder gadgets, multi-role capability and silent service are what make the Suffren so good. But… is the French Suffren better than what the Americans, Russians or Chinese are deploying?

It’s a hard question. America’s most advanced submarine, according to Military Today, is the 22-year old Seawolf class, which is nearly twice as big. That boat has been deemed too large and too expensive for modern warfare and has since been replaced by the smaller and cheaper Virginia, which has many components similar to the Suffren.

The likelihood of French and American vessels clashing at sea is very, very slim—although boats of allied nations have in the past collided with one another, so silent were they—so it’s better to focus on the “hostile” competition.

The Russians, meanwhile, boast the Yasen-class boats, which took more than 20 years to design and build. The Russian Navy also deploys the Kilo class, which is diesel powered—not nuclear, like the Suffren and Seawolf class vessels—but produces so little noise that the British are afraid of Kilo boats lurking offshore, tapping into underwater communications cables. China’s complement of nuclear attack boats receive less press and accolades from the defense industry press, but this could be a function of deliberate secrecy rather than evidence of superiority.

Until the test of combat, the question of what submarine is “better” will remain academic. For that reason, it’s probably preferable to never know—and to keep the submarine competition a tech-nerd-friendly arms race. 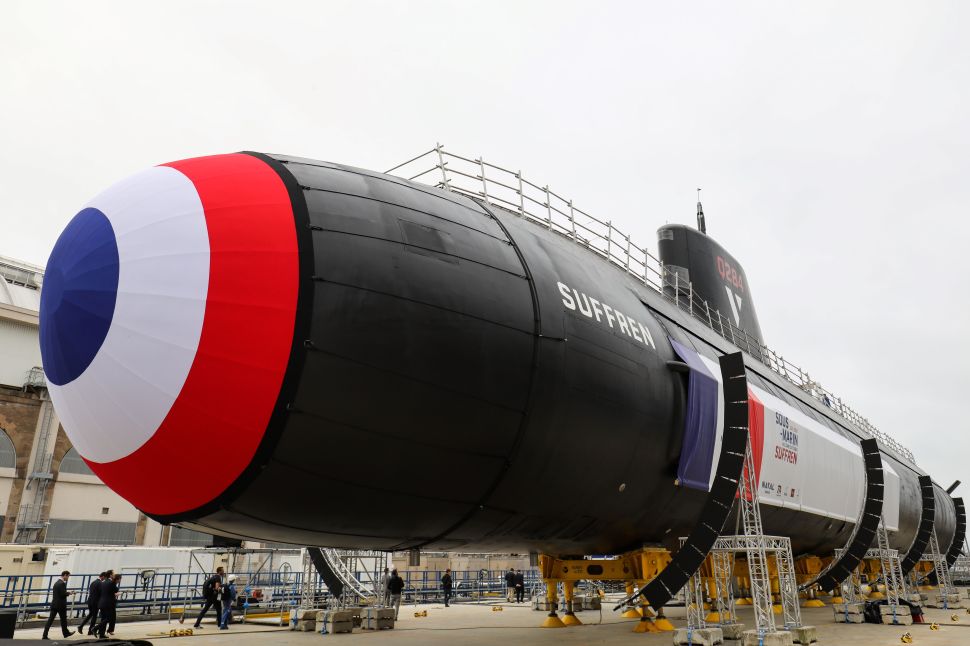