Welcome to Observer’s 2019 Fall Arts & Entertainment Preview, your complete guide to the best this season has to offer. We’ve combed through everything that’s happening in TV, movies, dance, opera, theater, the visual arts and literature to bring you our picks for what to pay attention to as the weather cools. Binge watchers should also check out our list of unmissable fall movies.

It may already feel like we’re getting bombarded by a new television series every single week, but it’s about to get even heavier as we head into the fall TV season. Fall has always been my favorite season, not just because of the cooling weather but because there are seemingly endless new series to check out—and plenty of returning favorites—and this year is no exception. It can be daunting to sift through all the premieres, so here are the 10 new series that are worth your time.

Created by Kate Purdy and Raphael Bob-Waksberg (both known for BoJack Horseman), Undone might be the trippiest new show of the fall season. In this “genre-bending animated series” Undone uses rotoscope animation (!) to tell the story of Alma (Rose Salazar) who, after nearly dying in a car accident, discovers she has the ability to travel through time. Naturally, she decides to use this to solve the death of her father. Based solely on the trailer, Undone looks like nothing else on television.

Every fall, there is one series that I become immediately obsessed with because of how ridiculous it seems. This year, that honor goes to Prodigal Son, a crime drama about Malcolm (Tom Payne), a criminal psychologist who happens to be the son of a prolific serial killer (Michael Sheen). There’s so much to love here: that the killer is nicknamed “The Surgeon,” that the creators were inspired by House and that the lead delivers lines like “My demons don’t sleep” with intense gravitas.

ABC’s hit sitcom Black-ish, which is entering its sixth season, has already had one successful spinoff with Freeform’s Grown-ish. This second spinoff, Mixed-ish, is actually a prequel series set in the ‘80s and focused on a young Rainbow (Arica Himmel) as she grows up within a mixed-race family. Bow is already the best character on Black-ish, so it’ll be nice to see some of her origin story—plus, Tracee Ellis Ross does the narration and Mark Paul-Gosselaar stars as Bow’s father.

Based on the graphic novels of the same name, Stumptown follows Dex Parios (Cobie Smulders), a bisexual Marine veteran turned private investigator. Dex is “kind of a mess” and working to both pay off her gambling debts and take care of her younger brother. The show is a must for fans of the comics, but also looks to have universal appeal and a great cast behind it—Jake Johnson and Michael Ealy also star.

With Michael Schur (The Good Place, Parks & Recreation) as executive producer, there are already high hopes for Sunnyside, co-created by Kal Penn. Penn also stars as Garrett, a former NYC councilman who helps a group of immigrants—including Joel Kim Booster, a comedian who should already be on your radar—become American citizens.

Created by Robert and Michelle King (The Good Wife), Evil has my vote for the most bonkers series description this fall. The supernatural “psychological mystery” pairs up a forensic psychologist (Katja Herbers) and a priest-in-training (Mike Colter) as they “investigate and assess the Church’s backlog of supposed miracles, demonic possessions and unexplained phenomena.” It could swing in either direction—I wouldn’t be surprised if it was bad!—but regardless, it’ll be a lot of fun to watch.

Ryan Murphy’s first show for Netflix is The Politician, a comedy-drama about Payton Hobart (Ben Platt), a high schooler who is intent on becoming the President of the United States. Each season (Netflix already ordered the second) follows Payton in a different political race, starting with high school. (Yes, it’s definitely reminiscent of Election, but knowing Murphy, the series will likely go off the rails at some point!)

Raising Dion feels like it’s been in development hell forever—it was originally picked up as a straight-to-series order in 2017—but it’s finally premiering in October. Based on the comic book of the same name and produced by Michael B. Jordan, Raising Dion puts a new spin on parenting. After the death of her husband, single mother Nicole (Alisha Wainwright) is on her own bringing up Dion (Ja’Siah Young). Things grow more complicated once Dion starts to exhibit superpowers. It’s already a fun comic, and I always welcome seeing superhero stories starring people of color.

Facebook Watch continues its list of strange offerings (Sorry For Your Loss, the Real World reboot) with a television adaptation of a popular fiction podcast: Limetown. The podcast, which debuted in 2015, follows journalist Lia Haddock (played by Jessica Biel in the show) as she investigates the mysterious disappearance of over 300 people from a neuroscience research facility; the series will do the same. If done well, Limetown could be a thoroughly engaging and eerie story—and might also finally let people know that Facebook does TV.

Sure, we’ve all been burned by a Watchmen adaptation before, but this HBO series does have promising elements. For one, it’s from Damon Lindelof whose last two series—The Leftovers, Lost—were two of the best television has ever had, and an early Instagram post claimed that it’s less an adaptation and more of a “remixed” version of the classic comic. Plus, it stars the always-amazing Regina King, and the trailer already has me excited. 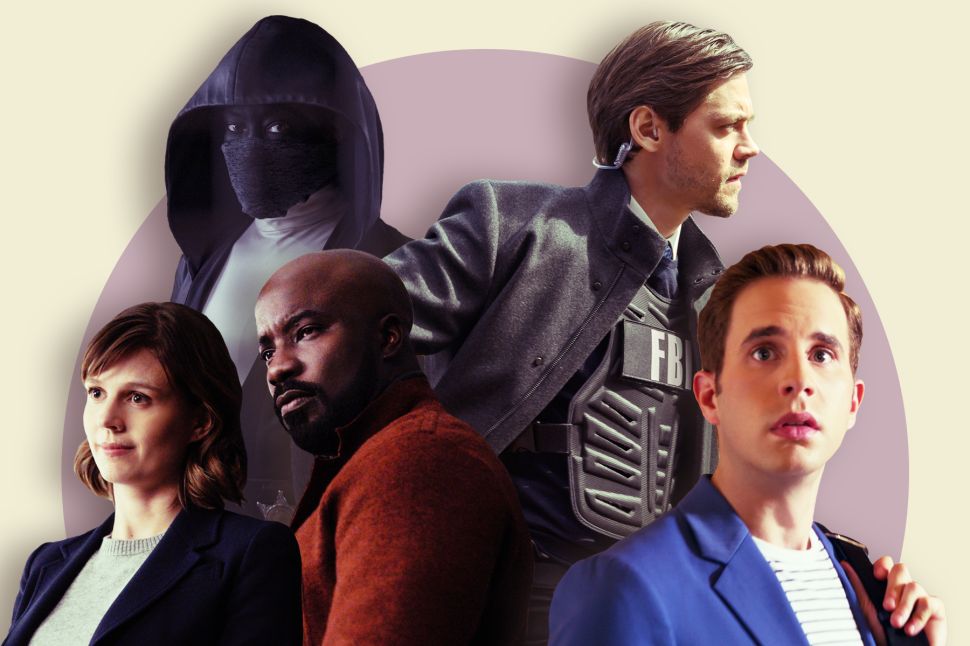