From September 13 to November 17 at BRIC in Brooklyn’s Fort Greene neighborhood, 1,001 hand-folded and painted paper boats will be displayed, along with a fiber rug piece and multiple other works of photography, sculpture, video, painting, drawing and performances. All part of the “Beyond Geographies: Contemporary Art and Muslim Experience” exhibition, curated and organized by BRIC and the Brooklyn Historical Society, the collection explores the dimensions of the contemporary Muslim experience through the work of eight New York based artists: Morehshin Allahyari, Laylah Amatullah Barrayn, Mona Saeed Kamal, Baseera Khan, Nsenga Knight, Umber Majeed, Asif Mian, and Nooshin Rostami. The show is co-presented with the Brooklyn Historical Society, where a sound and art installation will also be open to the public with audio drawn from the institution’s “Muslims in Brooklyn” archive of first-person recordings.

All artists being from Middle Eastern, South Asian or African-American descent, the exhibition will delve into their identities as members of diasporic communities through their multiple lenses and experiences, exploring themes of mythology, spiritual philosophy and ritual, science, and social and political history.

For Brooklyn-based artist Baseeera Khan, this takes form in a sculptural installation with mirrored acrylic sheets that symbolize a space of protection as well as the screens that separate men and women in mosques. Performing before and behind the sheets, her work is a visual representation of her own personal experiences. “My identity is one of fluidity,” she explains. “It’s profound how little I know about my heritage. A lot of my work is to uncover this heritage filling in much of what I don’t know with well-researched mythologies.”

Photographer Laylah Amatullah Barrayn, also featured in the exhibition, believes that there’s a need in the art world to have “a more expanded and nuanced conversation about Islam, specifically Islam in Africa and it’s diaspora”. She further explains, “It’s a smart curatorial move to have this conversation visually.”

Barrayn’s featured work is an ongoing series of photographs on the Baye Fall, a sect of the Muslim Mouride Sufi order in Senegal. The daughter of a photographer, Barrayn travels often to Senegal, where she captures work that explores religion and spirituality, “specifically how that looks on the African continent and throughout the Black diaspora”.

Featured artist Asif Mian’s work explores masculinity, power and violence. Creating vest-like sculptures referencing armor and basketball jerseys, Mian explains that the works featured in “Beyond Geographies” redefine everyday objects to allow the viewer to connect with their own experiences.

Born in New Jersey, Mian says that he had to seriously consider his involvement in the exhibition. “While Muslim voices are vital and underrepresented in contemporary art and culture, my own practice is focused on exploring aspects in and around violence.” He says. “My aim is not to explore my own identity as a way to separate and elucidate, but rather, when using instances of my history and experience, it is to broaden the notion of what is ‘American.’”

Like the exhibition intends, each artist comes to the table bringing a diverse range of experiences and areas of interest to inform their work. Through this, “Beyond Geographies: Contemporary Art and Muslim Experience” examines the many nuances of being Muslim, giving viewers a broader and deeper understanding of what that means today. 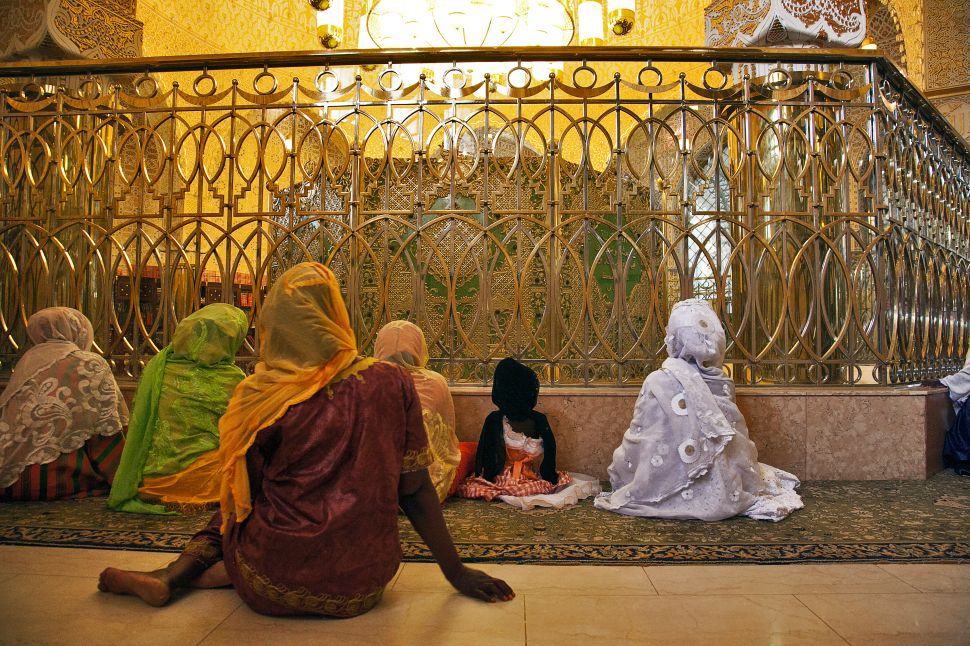