Beyond Meat is beefing up its leadership roster.

The plant-focused company announced on Thursday that it has hired a new chief operating officer, Sanjay Shah, who joins the company from Tesla.

For the past year, Shah held the position of senior vice president of energy operations at Tesla, leading global energy operations for the Elon Musk-headed company. And while the car-to-meat transition may not be smooth, Beyond Meat noted the new COO’s overall past scale and distribution experience, which included time spent at Amazon.

“Mr. Shah has more than 25 years of experience in operations, manufacturing, engineering and supply chain management,” according to Beyond Meat’s release.

“Sanjay brings a wealth of experience in scaling and operating very high growth businesses, none more important in our consideration than Amazon, where Sanjay managed a majority percentage of North American fulfillment over the course of his career,” Beyond Meat CEO Ethan Brown said in a statement. “Sanjay’s focus on making operational excellence a sustained competitive advantage, his experience in and appetite for global expansion, along with shared values and a tireless work ethic, makes him a welcome addition to the Beyond Meat family.”

The chief operating officer’s on-boarding comes at a crucial time for Beyond Meat, which recently went public and is attempting major international expansion amid high demand for meatless meat. The company has been enjoying a slew of wholesale partnerships with national restaurant chains in recent months, which have included everyone from Subway to Tim Hortons to Dunkin’.

Shah assumed the COO position on September 18, taking on responsibility for Beyond Meat’s global operations and production. 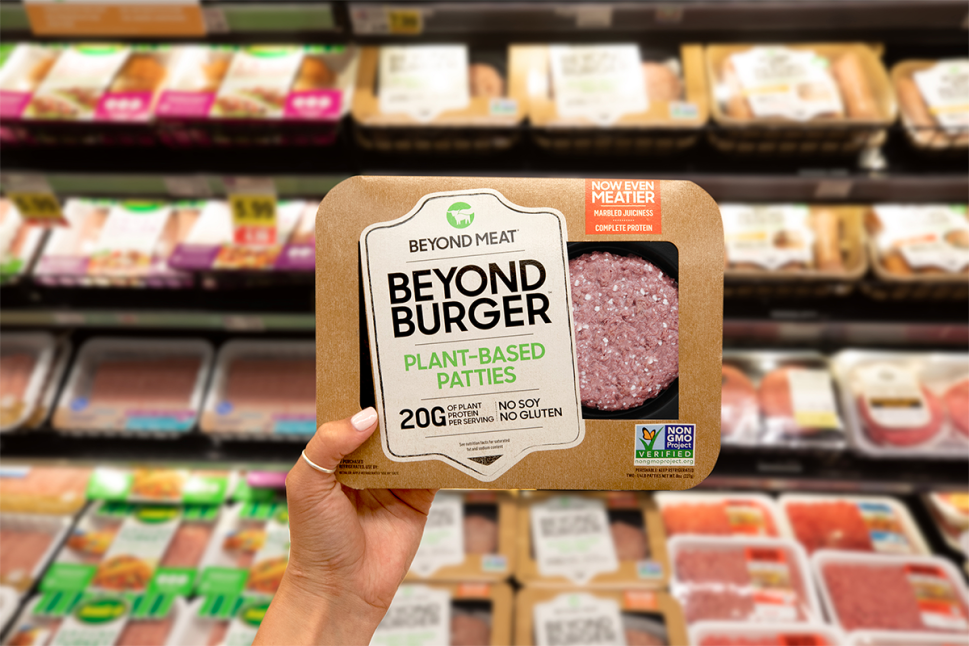