With a personal fortune in excess of $100 billion, Microsoft founder Bill Gates is either the second- or the third-richest man in the world, depending on the day. Bill Gates’ friends and acquaintances also command comprehension-defying wealth: Warren Buffett, whose wealth Forbes pegs at a modest $82 billion, is one of them.

Together, Buffett and Gates are probably on a first-name basis with most of America’s super-wealthy. In 2010, as Reuters reported at the time, they, along with Gates’ wife Melinda, spent most of the year meeting with “a couple dozen rich Americans” to cajole them into giving away their wealth.

Rich people know other rich people. This is a fact. If you ever needed to meet preposterously wealthy people, Bill Gates would be a person to know. Maybe the person to know. Which is why Gates’ rationale for meeting with convicted sex offender and alleged child sex-trafficker Jeffrey Epstein, who hanged himself in a Manhattan jail cell on August 10—that Epstein “knew a lot of rich people” who Gates maybe also wanted to hit up for money, as Gates told The Wall Street Journal in an interview published on Tuesday—creates more questions that it does answers.

Gates’ interview also contains a claim contradicted by a bombshell (and well-sourced) New Yorker article published over the weekend, after Gates’ WSJ interview was conducted but prior to its publication—and is just the latest development in what’s now an ongoing and growing Epstein problem for the former Microsoft chairman.

My Jeffrey Epstein question of the day:
WHY ON EARTH WOULD BILL GATES & LEON BLACK NEED EPSTEIN TO DIRECT GIFTS TO MIT ON THEIR BEHALF?
They have their own organizations to manage this type of thing.
MAKES NO SENSE

In mid-August, CNBC was the first to report that Gates took a meeting in New York with Epstein back in 2013, several years after Epstein served his notorious 13-month jail term for soliciting an underage prostitute. Gates appears to have been worn down by an “aggressive lobbying campaign” waged by Epstein, who enlisted friends and business associates to convince Microsoft’s founder to take the meeting.

It worked. The pair “discussed philanthropy,” as CNBC reported. Gates also flew at least once on one of Epstein’s planes—but not on the notorious “Lolita Express,” the plane allegedly used to shuttle underage girls to Epstein’s private island in the Caribbean.

But that wasn’t all. Shortly after Epstein committed suicide by hanging in federal lockup while facing federal sex-trafficking charges, it was revealed that Boris Nikolic, Gates’ former science advisor, was named as a backup executor for Epstein’s will. Nikolic vehemently denied any connection.

And then, over the weekend, Ronan Farrow turned up the heat on Gates, reporting in The New Yorker that it was Epstein who “directed” or “recommended” that Gates donate $2 million to the MIT Media Lab, whose director has since resigned.

In The New Yorker, Gates’ people seemed to characterize the former Microsoft chairman’s relationship with Epstein as a sort of acquaintanceship that did not involve any sort of financial advice. “[A]ny claim that Epstein directed any programmatic or personal grant-making for Bill Gates is completely false,” a spokesperson told the magazine.

On Tuesday, WSJ published a lengthy interview with Gates in which he was asked about his relationship with Epstein.

“I met him. I didn’t have any business relationship or friendship with him. I didn’t go to New Mexico or Florida or Palm Beach or any of that,” Gates told WSJ. “There were people around him who were saying, ‘hey, if you want to raise money for global health and get more philanthropy, he knows a lot of rich people.'”

Gates was quick to distance himself from Epstein’s notorious habits, even while acknowledging that he knew about them—and, well, they were sort of a problem.

“Every meeting where I was with him were meetings with men,” Gates told the paper. “I was never at any parties or anything like that. He never donated any money to anything that I know about.”

Emails between officials at MIT obtained by The New Yorker indicated that Gates’ $2 million gift to the Media Lab in October 2014 was “directed” by Epstein, whose name was nonetheless not listed as the “impetus” for the gift because of his criminal record. “Gates is making this gift at the recommendation of a friend of his who wishes to remain anonymous,” another MIT official wrote.

The source of Epstein’s own wealth, estimated at $577 million as per his will, is still unclear. He is known to have managed money for billionaires, but appears to have spent most of the past few decades currying favor with various powerful and rich people—soliciting and arranging donations, maintaining relationships with Bill Clinton and Donald Trump—in order to curry favor with other also very rich and powerful people, such as Bill Gates.

It makes sense why Epstein needed Bill Gates. It makes far less sense why Bill Gates needed Jeffrey Epstein—a convicted sex offender with other known serious character flaws (a very nice way of describing someone accused, credibly, of serial pedophilia). Gates has yet to adequately account for this relationship, and if more details trickle out that also conflict with his version of events, his dissimulating will be increasingly suspicious. 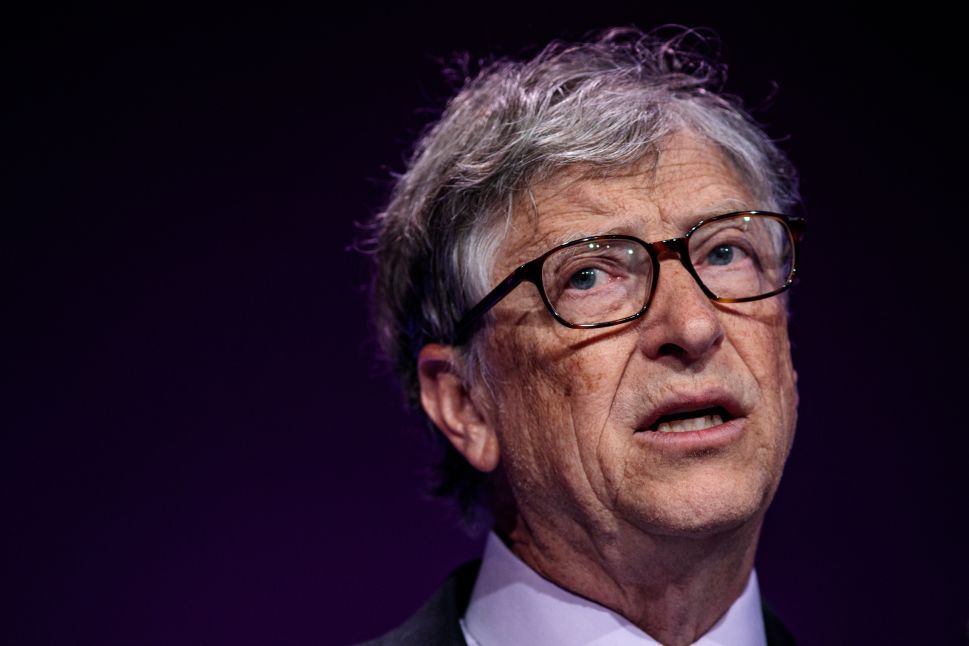