Billionaire investor Stephen Schwarzman is a winner in the business of taking risks. His private equity firm, The Blackstone Group, is the world’s most successful money manager of alternative assets, AKA unconventional, high-risk investments that have a small chance of generating huge returns. Yet, when asked whether he would buy any Bitcoin, which (still) seems to be the hottest high-risk asset on the market right now, Schwarzman said the answer is an easy no.

“I don’t have much interest in [Bitcoin] because it’s hard for me to understand,” the Blackstone chairman and CEO told Fortune in an interview last week. “I was raised in a world where someone needs to control currencies. There’s a reason to want to control currencies, which is why governments all do it.”

Schwarzman went on to explain that having a government stay on top of monetary issues is important because it can ensure the soundness of an economy by supplying the right amount of money, while serving as a watchdog for any “bad behavior,” such as money laundering and funding for criminal activities.

In theory, Bitcoin could also prevent an oversupply of money (and might even do a better job than central banks) because of its hard 21 million coin limit by design. But the cryptocurrency’s central idea that “you can transact without anybody knowing anything,” Schwarzman said, “only encourages” bad behavior that a functional economy fears the most.

“I may be a limited thinker, but that’s a problem,” said the 72-year-old investor. “If they could solve that problem, and also the problem of controlling the money supply, then it might be OK.”

However, echoing comments made by JPMorgan CEO Jamie Dimon, Schwarzman acknowledged the promise of blockchain and said Blackstone would totally invest in blockchain companies as long as they are not in the money-creation business.

“Blockchain technology applied to non-tradable currencies… is clearly a good thing,” Schwarzman said. “There’s all kinds of uses you can have from certain executions. [Blockchain technology] is a very good idea, and it will end up being adopted because it’s good technology. Applying it to the creation of money is sort of, for my taste, pretty odd.” 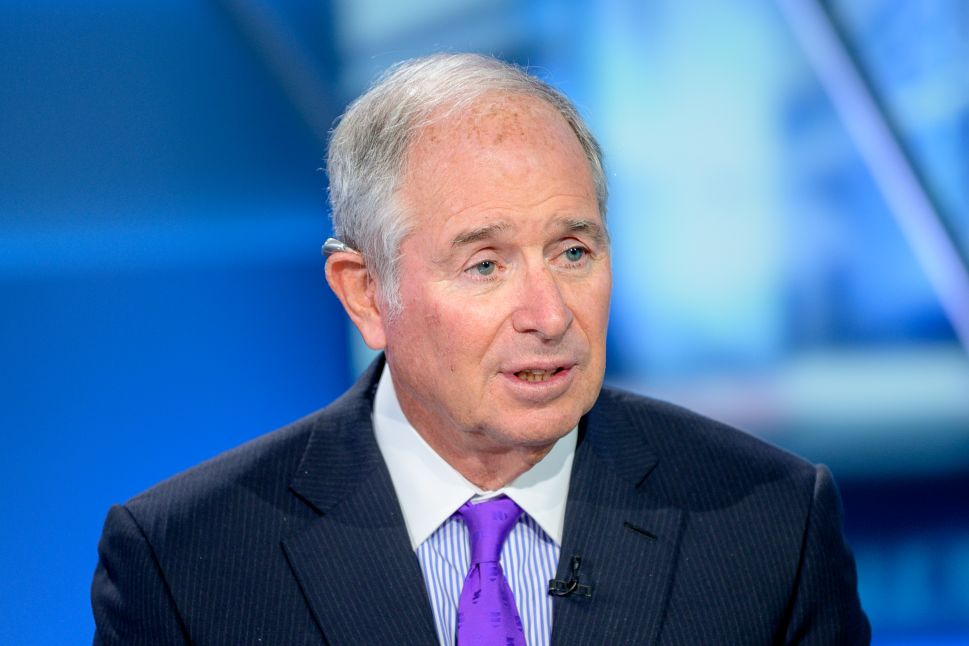