It took over a year and quite a few price cuts, but Andy Roddick and Brooklyn Decker have found a buyer for their customized mansion in Austin, Texas.

The couple purchased the 15-acre estate for an undisclosed amount in 2013, and completed an extensive renovation. They listed the five-bedroom, seven-bathroom farmhouse-style home for $6 million in June 2018, but ended up steadily lowering the price over the next several months.

It seems that they did manage to find an interested party in May, as the house was shown as pending sale when it was listed for $5.5 million. Alas, it appears that the deal fell through. By August, however, Decker and Roddick lowered their expectations to $4.65 million, and that seems to have done the trick—the 7,367-square-foot house was once again pending sale, and now it’s off the market altogether.

The former tennis star and the actress-model revamped the entire property, with details like reclaimed pine floors and wood beams throughout.

The eat-in kitchen is equipped with stainless steel appliances and marble-covered counters, walls and a center island. There’s also an adjacent breakfast area in front of a stone fireplace.

The oversized living room contains a fireplace as well as built-ins, and there’s a more formal dining room, with yet another stone-encased fireplace.

All of the family bedrooms are in one wing of the house, with a game room, living area and an office. There’s also a separate guest suite, with three closets, an office and a wood-burning fireplace as well as a private bathroom with a walk-in shower and soaking tub.

Outside, there’s a pool, spa, summer kitchen and a covered patio, as well as a fire pit.

Can someone please get @paulslittle out of my house.

The Grace & Frankie actress is a big home design, architecture and DIY enthusiast, and she’s been involved in all the homes the family has moved into. It seems Decker and Roddick, who have two children, already have their next house planned out, at least according to Decker’s Instagram account—she’s been posting interior snaps of the house for the past several months, and it appears it’s pretty much ready for move-in now. 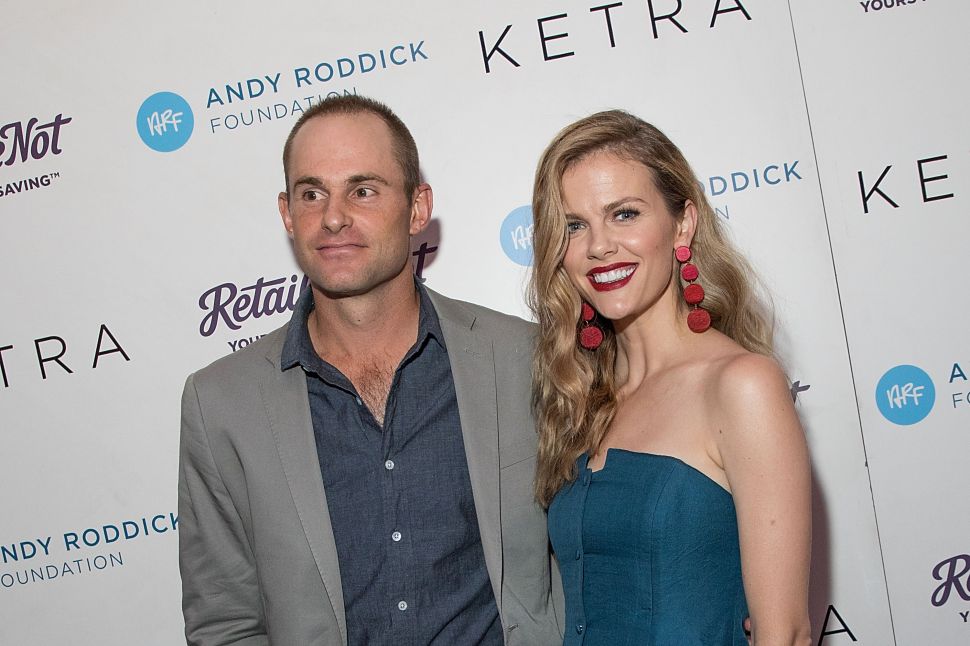