Christian Marclay sat in a cement-floored conference room at Paula Cooper Gallery in Chelsea. It was the evening of the New York premiere of his deliberately noisy video work 48 War Movies, so the sheltered space seemed right for the sounds of an armed siege.

Perhaps too right. The austere bunker of a room was so insulated that you couldn’t hear the blasts and gunfire of 48 films playing simultaneously that bled (and still bleeds) through the Arsenale at the Venice Biennale where the work made its debut in the spring.

SEE ALSO: Move Over, Leonardo—Verrocchio Steps Out of the Shadows at the National Gallery

Marclay compared the effect of 48 War Movies to that of an abstract painting. He also acknowledged that visitors may find it a conundrum.

On a large video screen, 48 films play simultaneously, one atop the other in gradually smaller frames set within each other. The action on the smallest one—the only fully visible one—is indecipherable. Each soundtrack plays simultaneously. “It’s very abstract. People still try to identify, try to make sense of these fragments,” Marclay said.

Not Marclay. “I haven’t watched these films, why would I watch them? I don’t necessarily enjoy watching people getting butchered,” said the artist. “I just created a structure. My assistants selected the films. We discussed a few things, and that was it.”

“The whole show deals with fear and anxiety and loss of liberties. It’s kind of an endless situation,” Marclay noted, “it’s not a piece that you have to spend a lot of time with; it’s not a pleasurable piece. But it can be quite hypnotic. A lot of people told me that they ended up spending a lot more time than they thought they would.”

Marclay was right. When I went back into the room where 48 War Movies was showing, the same man who sat there 45 minutes earlier was sitting on the same bench in front of the screen.

48 War Movies runs as a 12-hour version in the gallery, “but eventually I’d like it to be installed in a way that could run forever,” said Marclay. So far, he said, no institution has stepped up to show it that way. “The idea is to show the work. It would be nice to show it in Washington,” he said.

Inevitably, conversation about long videos turned to The Clock, 2010, Marclay’s 24-hour compilation of film scenes evoking the idea of time. Like 48 War Movies, The Clock premiered at the Venice Biennale. It has since played around the world and received reviews more universally glowing than any of the thousands of movies that the work uses as source material can lay claim to.

“The Clock always comes up. I worked on it for three years, so I knew it would be worth it, but I didn’t think it would be a piece that I would have to talk about for the rest of my life,” Marclay said.

48 War Movies, he stressed “is a very different type of experience. There isn’t this recognition where you watch any screen and there’s something going on in you—you look at it and, even if you don’t know what the story is, you see people doing things and you’re engaged with it.”

“In The Clock, you get totally sucked in,” he said.

“Here you don’t have that. You can’t focus on any aspect of the sound, or very rarely, in little snippets. And there’s nothing to grab your attention on the screen,” he explained.

At Paula Cooper, visitors have plenty to see before entering the space where 48 War Movies screens. On the walls are grimacing faces from Marclay’s “Scream” series, panels that blend Manga characters and comic book images with what look like the textures of Japanese woodblock prints—achieved on ultra-cheap plywood, the artist stressed.

“It started with Edvard Munch, The Scream—not the painting, but a black and white litho that I liked very much,” Marclay recalled. “It has all these lines, which I read as sound waves. The wood grains have the same kind of quality. First I started working with Munch’s image of that print. It’s been reproduced so much, it’s been caricatured, it’s been made into all kinds of kitschy objects. I abandoned it. It was too charged.”

“But the image resonated. It expressed the fear and anxiety that we’re living. So I decided that I could make my own Screams using other source material. I was working with comic books, so I started cutting up those figures,” he said. For as little as $55,000, you can own one.

There’s more Marclay in New York than the offerings at Paula Cooper in Chelsea. For the month of October, the artist’s “Chewing Gum” series from 2016 of stop-motion videos of gum and other discarded objects on the ground will be shown as part of Midnight Moments/Times Square Arts on digital billboards from 42nd to 49th Street, from 11:57 p.m. to midnight.

Marathon auteur Christian Marclay distilled to three-minute doses? The artist saw the opportunity as a kind of homecoming, to the gritty sidewalks: “To bring the work back to where it came from is nice.” 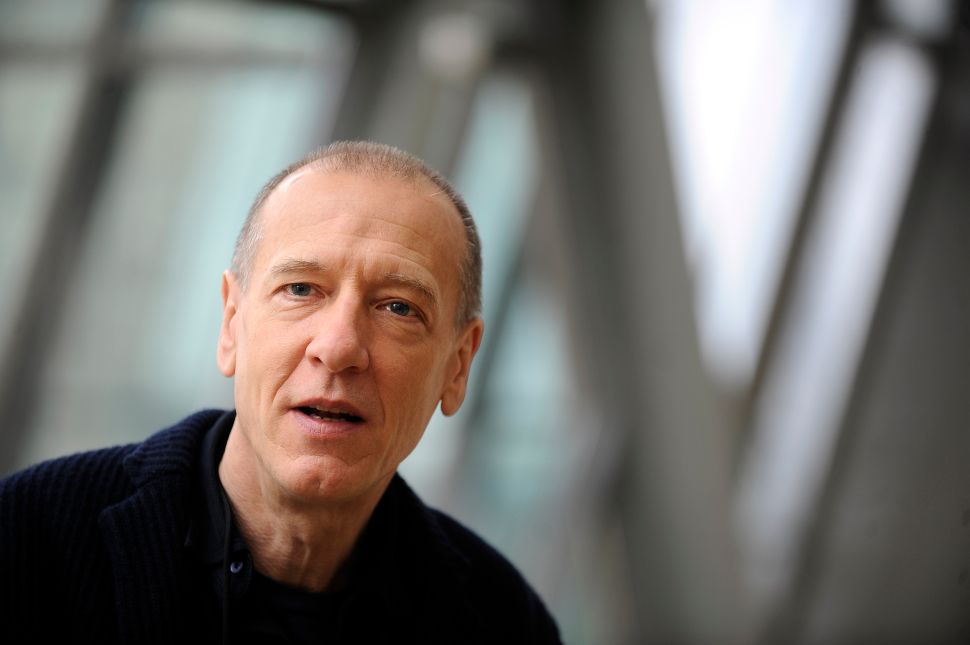