You can definitely argue that, in recent years, television has exhausted both the crime-drama genre and comic book adaptations (there are at least five of the latter premiering within a four-week span) but maybe what each needed was just a jolt from Cobie Smulders.

The How I Met Your Mother star is no stranger to comics—she’s been around the Marvel Cinematic Universe for a few years—but in Stumptown, ABC’s new series, everyone revolves around her. Based on a comic written by Greg Rucka, Stumptown introduces us to Dex (Smulders), a military veteran with gambling debts and a self-destructive streak. She is as witty and talented as she is stubborn and frustrating; you root for her to succeed and feel pained when she doesn’t know how to quit—whether that’s chasing after someone dangerous or losing her money at the craps table. It’s yet another entrant in the flawed-but-endearing category of “strong” or “badass” women but here, as opposed to a few other network dramas premiering this month, it feels more than just a promotional tool.

SEE ALSO: ‘Mixed-ish’ Could be ‘Black-ish’ at Its Best, If It Doesn’t Sidestep These Conversations

Stumptown immediately hooks you with a perfectly soundtracked car chase (in fact, the songs heard throughout the pilot, via Dex’s mixtape, are all inspired choices) before jumping back to provide the context. Dex, out of the military and gambling in order to use her winnings to pay for utility bills (and beer), is recruited by Sue Lynn Cardinal (Tantoo Cardinal), the head of the casino and the mother of Dex’s deceased ex, to help find Sue Lynn’s granddaughter. Dex reluctantly agrees, both because she owns the casino a few thousand dollars and because of the personal connection.

What Stumptown is good at (likely due to its rich source material), is immediately characterizing Dex without wasting a lot of time on verbal and on-the-nose exposition. We learn of her addictive personality, her talent at “finding people” (in the military, it was enemy combatants in Afghanistan), and her observational skills (be it a criminal or a sleazeball hitting on her at the bar). She has post-traumatic stress disorder that goes untreated, save for self-medication via sex and booze; she needs money not only to take care of herself but because she’s the sole guardian of a younger brother, Ansel (Cole Sibus), who has Down syndrome. Her buddy Grey (Jake Johnson)—who, luckily for Dex, owns a bar—helps out with Ansel from time to time, forming a makeshift family with hints of romantic tension between Grey and Dex.

With the pilot’s introduction of Detective Miles Hoffman (Michael Ealy), it’s clear that the show is setting up a love triangle. It’s a tired trope, but one that could work here solely because of the cast—a gifted trio who really embody their characters.

The pilot, “Forget It Dex, It’s Stumptown” is the only episode ABC sent out, so it’s hard to truly gauge the series on just 45 minutes, but it doesn’t require much to fall for Dex—or the series’ quick-witted, humorous, and vaguely dark tone. Dex punches hard, but gets hit even harder; her investigative skills aren’t perfect and can cause more harm than good. When Dex goes dark—as she does, often, with flashbacks to her time in Afghanistan and her desperate need to find someone, anyone, to be near so she’s not alone—it’s heartbreaking in the hands of Smulders who seamlessly navigates between Dex’s rough and self-assured exterior with the cracks in the surface that hint at trauma and insecurity. It isn’t a push-and-pull, but one informs the other, adding more complexities to Dex’s character.

Mostly what struck me about Stumptown, however, was how fun it was to watch (and I watched it twice), from the chase sequences to the music to the chemistry between characters. Of course, we know Dex will save the day by the end of the episode despite how many bumps on the head she gets, but it’s the road there that’s the most entertaining. 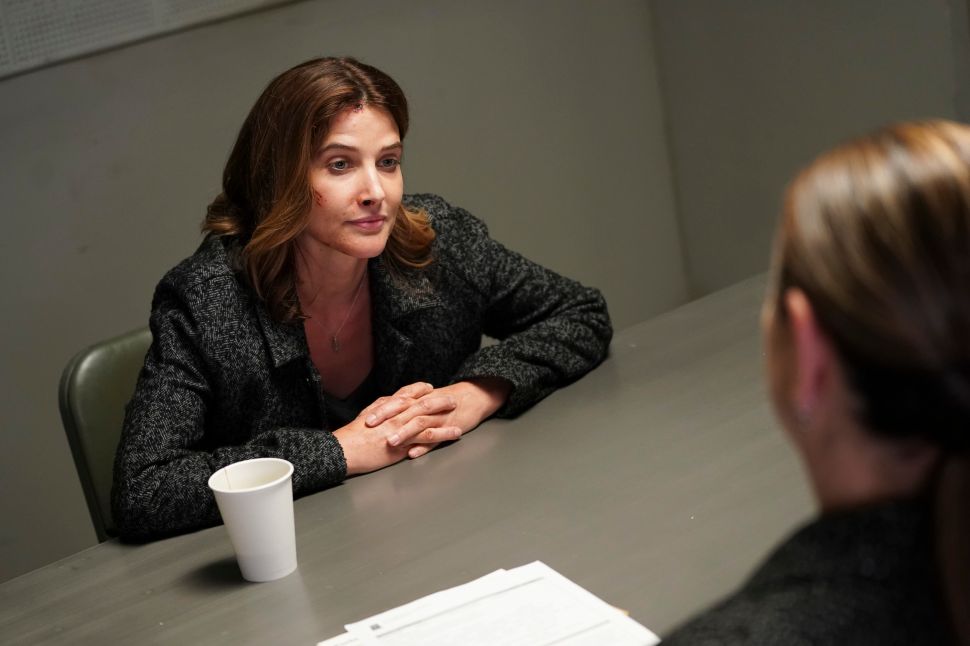