I’m not only a college professor, but in a year, I’ll also be a college dad. It’s a lot like that old commercial, in which the president of the “Hair Club for Men” company is also a client (and yes, I’m bald too). And I am writing to say that we need to rethink the college visit, ask the right questions and look for the right practices in the classroom.

Already, my high school senior daughter has been touring schools across the country, so I’m pretty familiar with the college visit. There’s the trip to see all of the facilities, from the pool to the dormitory rooms to perhaps the administration building or cafeteria. That tells us the university has food, recreation and even a little fun. But almost all colleges have those amenities—or they wouldn’t have the doors open.

SEE ALSO: 15 Essential Skills They Don’t Teach You in College

Some have a fancy brochure with a rosy depiction of what the best college graduates are accomplishing. And while that’s nice, it says little about what the overall percentage of college students are doing, as well as what’s going on in the classroom.

This isn’t an ideological diatribe. No doubt, some of you have heard of the book Academically Adrift, which claims there’s little learning going on in colleges. Though I’ve found some of the findings are a bit overstated, the authors are right in that you should know what’s going on in the classroom for the amount you’re paying.

Some Good Advice From an Expert

A few folks get it right when the have their students stay overnight at a college, especially if it involves sitting in on a class in the morning. But there’s only so much you can learn from one lecture, even if you sit in on that event yourself.

A better question to ask involves what’s going on in the classroom, as well as how the class curriculum and learning processes are integrated, so that there’s some connection between the courses and your child’s chosen area of study.

If anyone would know what questions a professor needs to ask as a parent sending his or her kid off to school, as well what that teacher needs to know to make sure his or her own college is doing a good job, it would be this guy.

What You Really Should Look for in a College

Young is not interested in a “silver bullet” approach, one in which a singular magical program solves everything. “It’s not a single program or initiative, but rather an intentional combination of academic and co-curricular approach,” Young explained.

Young is a big supporter of professor George Kuh’s book High-Impact Educational Practices, which pushes for a series of high impact practices, which work due to a lot of research. These practices include “critical inquiry, frequent writing, information literacy, collaborative learning and programs that develop students’ intellectual and practical skills.”

That’s a lot to remember, ask about and track on a college visit. But is it worth it?

Schools that have these programs note an improvement in first year students, which spreads to academic student quality at all levels, the National Resource Center representative noted. They also boost retention and increase academic satisfaction.

And it is not just the traditional college student who benefits from these programs, Young revealed. “Underrepresented students do even better, including minorities and first-generation students,” he explained. “All boats rise with such an approach.”

Yet when those national surveys come in about what’s being done, you’ll find a lot of academic coaching and buzz words about programs that sound trendy and fun, but often miss the writing skills, as well as the other factors Kuh sees as important. Far below the popular college offerings for new students were civic engagement, integrative and applied learning, and project learning, among others.

There’s also a difference in type of school, as public colleges emphasize career and major choosing, while private colleges are more likely to develop the first year class and writing skills.

Moreover, these “high-impact practices” (see the National Survey of Student Engagement for more details) need to be integrated, so that students, as well as faculty and staff, can see the connections. Young drew the analogy of the looking at only a few stars as opposed to seeing entire constellations.

“First year writing is an important signal,” he explained. “But then, that writing serves as the gateway to undergraduate research, service learning, experiential learning and study abroad,” the kind of high-impact practices that Kuh touts.

“Success has many parents, but disaster is an orphan,” Young added. “Put things together in a purposeful way. Leaving things to chance won’t go as well.”

Young also looks down upon “babying” students when they start their academic careers. “They think that by not making it so hard, it will help with retention. But it doesn’t. Develop those skills that they’ll need, and they’ll grow, along with everyone else.”

In conclusion, here are a few items you’ll need on your list, if you’re beginning to tour colleges.

I know that’s a lot of legwork, especially if you’re looking at 30 to 35 colleges. But maybe you should dig deeper at a few good targets, instead of shallowly looking at a lot of schools.

I spoke with two of our political science majors who had jobs on campus giving tours. They make a point of getting prospective students into classes, as well as introducing them to their classmates and professors. “The campus tour is the wedding, but the class is like the marriage,” one of them told me. “You’re going to have to see if you can live with that teacher, classmates and subject.”

I couldn’t have said it better myself. 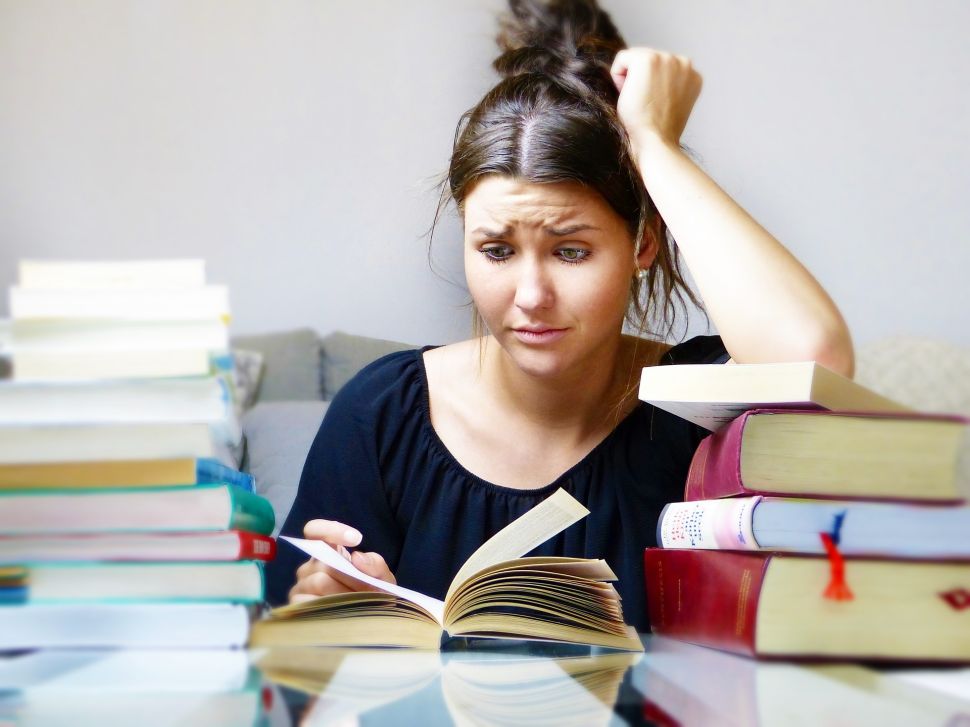