Performa, the New York-based performance art biennial that’s descending upon the city this year for its eighth iteration, is offering a breath of fresh air to complicate the idea of a “typical” biennial. With a slate of incredible artist commissions scheduled to unfold throughout almost the entire month of November, founder and chief curator RoseLee Goldberg hopes that attendees to any of the numerous performances will take away the spirit of the Bauhaus movement, which is the theme around which Performa 19 revolves. Theater was an integral part of the Bauhaus school’s interdisciplinary practices, and many of Performa 19’s offerings seem to gesture towards the binary bombast of drama and comedy.

“One idea that’s essential at Performa was to really tell the story of our history, and another was actually to stop time,” Goldberg said at a Thursday morning press conference at NeueHouse Madison Square. “I feel that we’re all racing around so much and when we go and we see events, we go and see videos and installations and we fool ourselves that we’re coming back later. The idea here is that we create works that do fully engage.”

Collaborative work is at the fore of Performa 19’s programming. At the Harlem Parish on West 118th Street, the artists Korakrit Arunanondchai, boychild, Bonaventure, Alex Gvojic and Aaron David Ross will combine their talents to transform the church into an “outdoor cinema” that will reckon with Thailand’s relationship to the American military. Kia LaBeija’s debut as a movement director will take place from November 7-9 at Performance Space New York on 1st Avenue, where LaBeija will lead a group reinterpretation of the Oskar Schlemmer ballet piece Triadic Ballet.

These are just a few of the numerous, experimental offerings being launched in November by a roster of artists that also includes Samson Young, Nairy Baghramian and Tarik Kiswanson. The advent of Performa 19 will be celebrated with an elaborate gala dinner on Friday, November 1st, during which guests will be invited to participate in “eight workshops of the 1922 version of the Bauhaus curricula; wood, metal, stone, clay, glass, color, textiles and building/performance.” If such a thing as the opposite of minimalism exists, it’s probably Bauhaus theater. 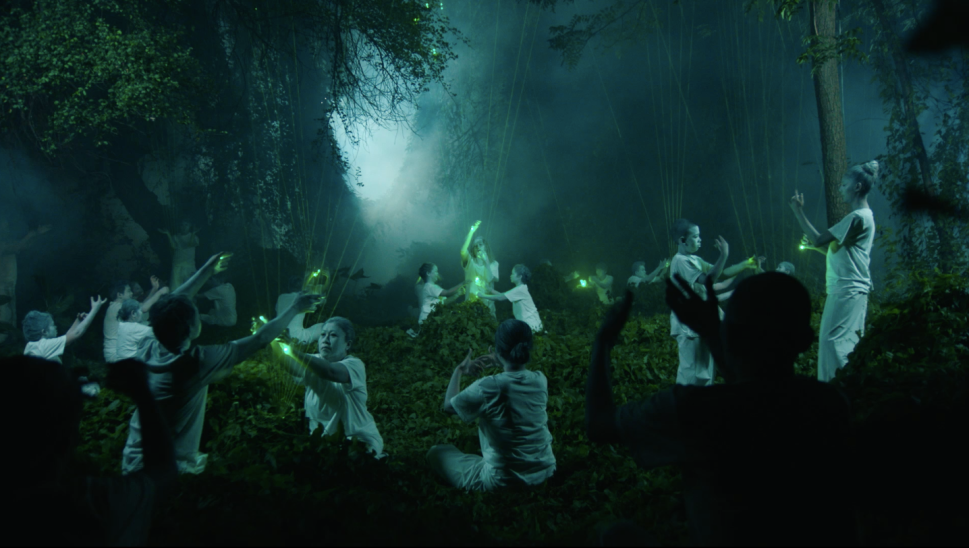