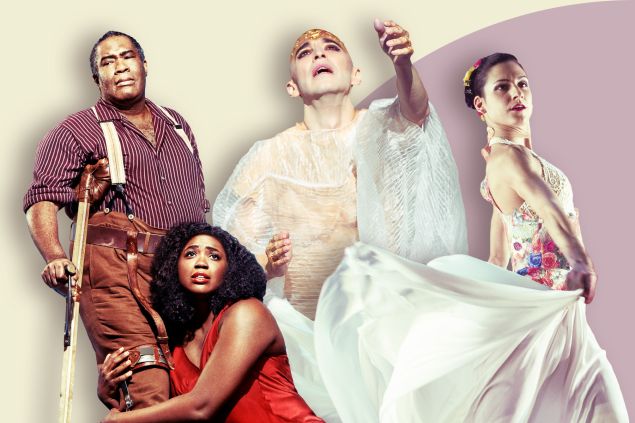 Welcome to Observer’s 2019 Fall Arts & Entertainment Preview, your complete guide to the best this season has to offer. We’ve combed through everything that’s happening in TV, movies, dance, opera, theater, the visual arts and literature to bring you our picks for what to pay attention to as the weather cools. Opera and dance fans should also check out our lists of must-see exhibitions and theater.

A criticism that is often leveled at the performing arts is that these aesthetic frameworks have grown out of touch with modern audiences. And yet, a cursory glance of what’s ahead this fall season reveals that opera and dance have become platforms for the most timely conversations of 2019: immigration, climate change, racial and gender equality. Whether it’s legacy institutions like the Met revisiting Porgy and Bess with a modern lens or indie opera company Heartbeat Opera tackling climate change with the arias of Mozart, opera and dance are taking on contemporary challenges with classic art forms. The result is a fall season filled with innovative performances, immersive experiences and some of the most compelling artistry these genres can offer.

As the ongoing crisis at the U.S.-Mexico border continues to garner international attention, so too have artists increasingly used their platforms to weigh in on the immigrant detention centers and the current U.S. immigration policy. Choreographer Mari Meade is one such artist, who, after a difficult interaction with U.S. Citizenship and Immigration Services, developed a series of dances based on the experiences of immigrants living in the United States. The Mari Meade Dance Collective has woven interviews from several people into their movement, which is performed to original compositions by Rosana Caban, Domenico Curcio, Eran Sabo and Chino Amobi. Immigration Stories will be a night of dance, music and personal narrative that gives artists a platform to explore cultural identities and challenge assumptions about their own American experience. 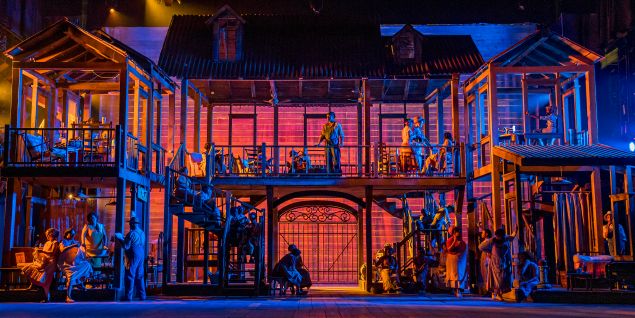 Porgy and Bess at the Metropolitan Opera (September 23)

While you’ll find your expected roster of classics and opera veterans in the Met’s 2019-2020 lineup, the 25 upcoming productions will also include some more adventurous debuts and older pieces that were overdue for a modern revival. Take, for example, Porgy and Bess, a Gershwin classic that is returning to the Met for the first time in nearly 30 years. James Robinson’s new production received a glowing reception when it premiered in London in 2018, and now the storied (and often controversial) piece will kick off the Met’s new season.

In recent years, there has been significant debate and criticism of opera companies’ history of casting white singers as people of color. The Gershwin estate specifies that licensed performances of Porgy and Bess must be produced with an all-black cast. The Met has assembled a star-studded cast that includes Eric Owens and Angel Blue in the title roles, alongside Ryan Speedo Green as Jake, Golda Schultz as Clara, Latonia Moore as Serena and Denyce Graves as Maria.

Oedipus: Sex With Mum Was Blinding at BAM (September 25)

Sophocles’ classic tragedy is getting a makeover in this opera, which uses emerging neuroscience technology to tell its story. Writer and director Elli Papakonstantinou worked with artists and scientists to build this innovative theatrical experience in which the audience becomes the actual chorus of the opera. Papakonstantinou cast an all-female ensemble of opera and jazz vocalists to perform in the Oedipus Rex adaptation, and employs both ancient myth and pop culture to reexamine gender and showcase the long history of community in political performance. 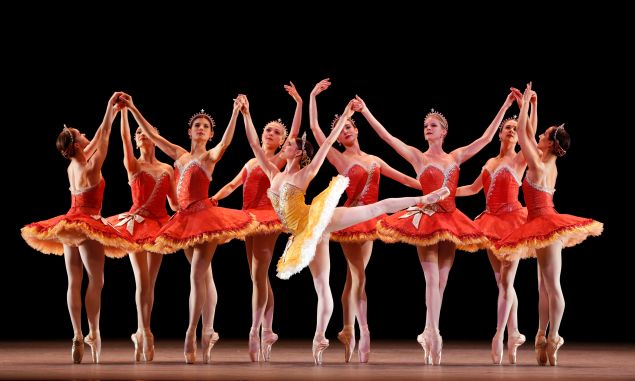 What do the Beach Boys and Igor Stravinksy have in common? Besides a penchant for writing about warmer seasons, the works of these artists will also share a stage at Lincoln Center on October 18. ABT’s unlikely crossover performance melds the masters with the modern classics in a way that will no doubt speak to the evolution of both music and movement.

It’s baffling to think that ballet lovers have been blessed with Herman Cornejo’s work for 20 years already, but the Argentine dance legend has been with ABT since 1999. The company is celebrating Cornejo’s rise from apprentice to principal dancer with an evening that features Balanchine’s Apollo and a world premiere by Twyla Tharp.

What happens when Beethoven’s epic Ninth Symphony falls into the hands of an epic conductor? Gustavo Dudamel’s handling of this behemoth movement will no doubt be chilling. Next year marks the 250th anniversary of Beethoven’s birth, meaning there will be celebrations of the German composer from Shanghai to Vienna, but the LA Philharmonic is leading the charge with this fall performance, featuring mezzo Tamara Mumford, tenor Mario Chang, bass-baritone James Rutherford, and soprano Golda Schultz, who just so happens to be singing the role of Clara this season in the Met’s Porgy and Bess. 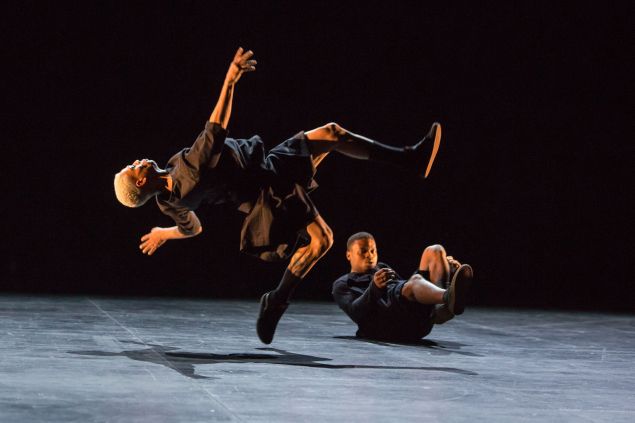 Lauded as one of this year’s most creative choreographers, Brazilian artist Bruno Beltrão has built a stage where gravity is defied. As part of BAM’s Next Wave 2019, the 10-piece, all-male dance troupe Grupo de Rua is expected to deliver a visceral performance influenced by hip hop and breakdancing. Beltrão is known for demanding physical performances and Inoah will create a rare and visually moving study of the body’s full potential.

Beloved indie-opera company Heartbeat Opera is back with their annual Halloween show. This year’s celebration, titled Hot Mama: Singing Gays Saving Gaia, will bring together opera queens and drag stars to celebrate Mother Earth. Featuring music from Wagner, Mozart and more, the drag show and opera revue will tell the story of fabulous flora and fauna in a fight against the Monster of Climate Change. Heartbeat Opera’s annual Halloween shows are known for blending genres and bending genders, and have become a sought-after stage for opera virtuosos, drag superstars and award-winning designers. Expect great comedy, commentary, and as it says on the event website, “operatic emissions.”

Akhnaten at the Metropolitan Opera (November 8)

Given the massive success of Satyagraha at the Met, it’s clear opera lovers want more Philip Glass. Phelim McDermott returns to direct another Glass masterpiece, recounting the pharaoh’s revolutionary reign with a company of acrobats, a stunning gold set and a hypnotic score. This long-awaited Met debut will star countertenor Anthony Roth Costanzo and mezzo-soprano J’Nai Bridges, who is making her Met debut as Nefertiti. 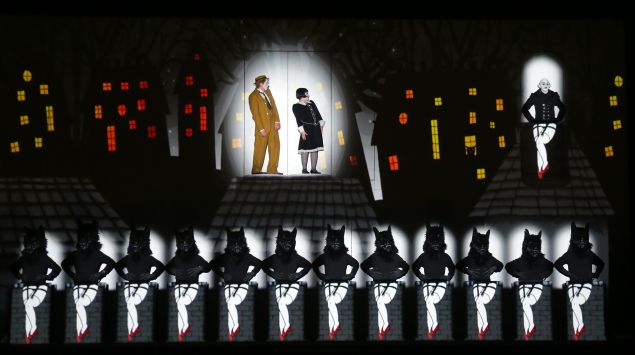 Modern adaptations of classic operas can be a risky pursuit, but the Komische Oper Berlin production of The Magic Flute seamlessly transports the piece into Weimar era cabaret. Zuzana Markova and Bogdan Volkov star as Pamina and Tamino, who face down their trials as they engage with hand-drawn animation. This innovative production creates a trippy interaction between art and artist, where Mozart’s adventure tale becomes an eye-expanding quest for the audience.

Ballet Hispánico, a dance organization committed to staging works by female, Latinx choreographers, is returning to the Apollo this fall with a world premiere of Tiburones, Anabelle Lopez Ochoa’s reimagining of the Sharks from West Side Story from a gender-fluid perspective. The night will also include a restaging of Nací, Andrea Miller’s exploration of community and the Sephardic culture of Spain, as well as Con Brazos Abiertos, Michelle Manzanales’ folkloric staging that uses humor and Rock en Español to depict the Mexican immigrant experience.

Known for her vocal acrobatics and versatility, it’s hard to guess what you’ll hear next from Lucy Dhegrae. The forward-thinking artist, who is the founder of Resonant Bodies Festival and an active member of the anti-sexual violence organization RAINN, can be counted on to regale audiences with innovative vocal arrangements and gripping narratives. More Beautiful Than Words Can Tell will explore the struggle to articulate one’s own trauma. Equipped with Osnat Netzer’s Philomelos and the character Lavinia from Shakespeare’s Titus Andronicus, Dhegrae will lend her voice to navigate the “unspeakable” experience. 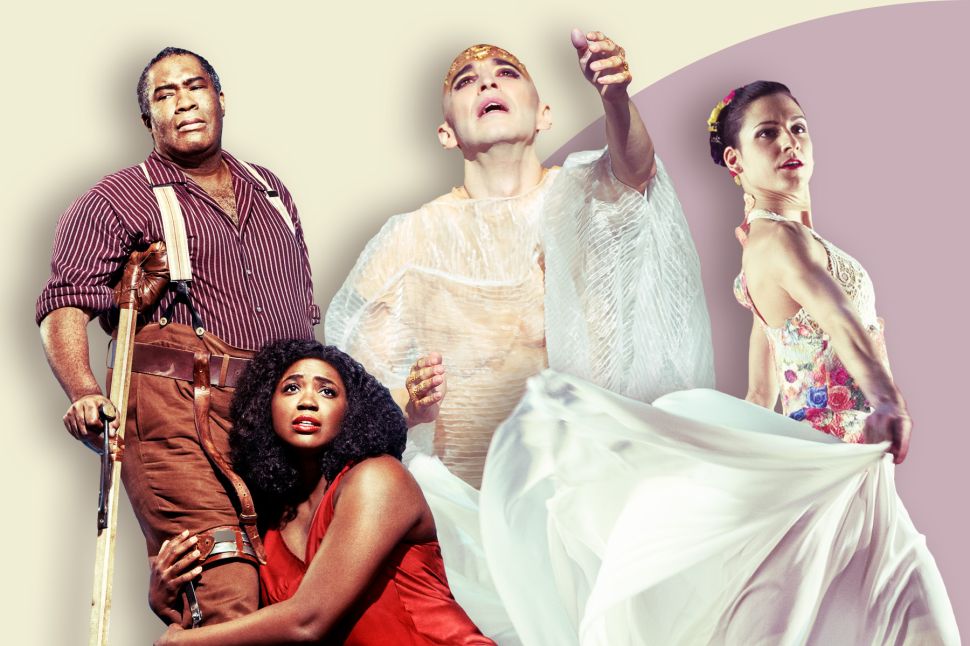