After seven years, Daniel Craig and Rachel Weisz are leaving the East Village. The couple just sold their three-bedroom, 2.5-bathroom loft, but they didn’t score a big profit.

Actually, they sold the 3,200-square-foot abode for the precise $6 million they paid for the place back in 2012. Perhaps buyers right now just weren’t quite as taken with the place as Craig and Weisz were when they purchased the unit—the duo doled out significantly more than the $4.995 million ask at the time, as noted by the New York Post.

Craig and Weisz had hoped to net a bit more in the sale, as they originally listed the New York condo for $6.5 million in May.

A key-locked elevator opens directly into the foyer of the full-floor apartment. There are exposed cement ceilings, gallery lighting and white-painted wood floors throughout, per the listing held by Modlin Group’s Adam Modlin.

The loft-y great room is composed of living, entertaining and dining spaces, with large windows that look out at the cityscape from the 15th-floor perch, plus a balcony.

The kitchen is equipped with stainless steel appliances, subway tile backsplash and wood accents, and opens to a second dining area.

The master suite contains two walk-in closets and its own private balcony.

It appears Craig and Weisz already know where they’ll be heading next, as the couple reportedly paid $6.75 million for a Brooklyn brownstone in Cobble Hill in 2017. The 6,600-square-foot townhouse needed a bit of work at the time, but perhaps Weisz and Craig deciding that now is the time to sell their East Village apartment means that they’re all moved in at their new residence. 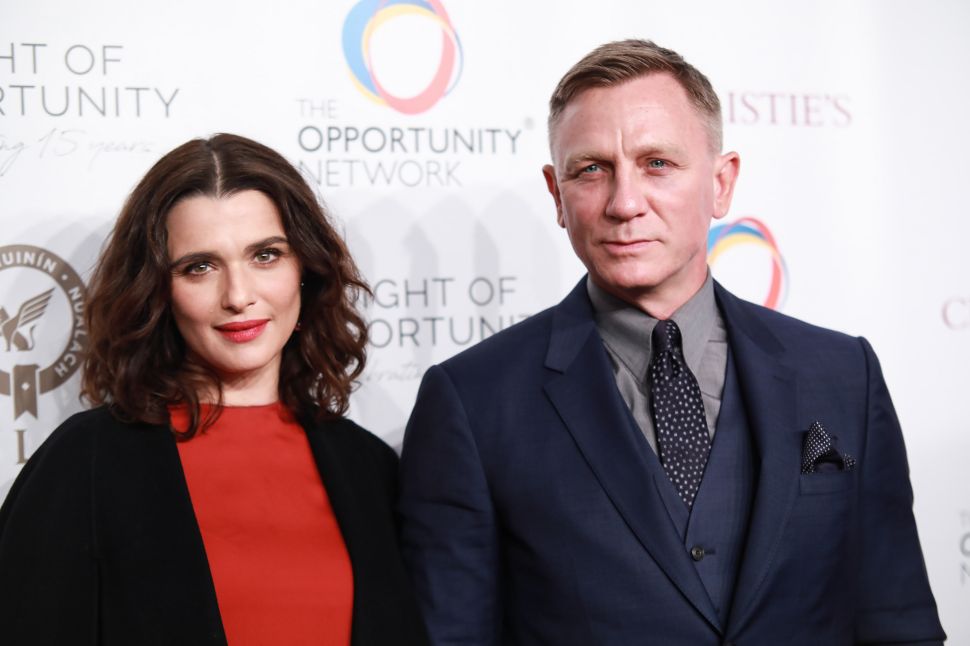