Back in July, the French press announced that the French Development Agency had agreed to loan $22.5 million to a heritage agency in Benin for the construction of a museum in the city of Abomey. The money was offered as an attempt at de-colonial course correction that’s been seen all over the world of late: when France entered into a conflict with the Kingdom of Dahomey in the 1800s, French troops looted a significant number of artifacts from Benin, which were then housed in the Parisian Quai Branly museum.

In other words, not only were the French giving back what they had stolen more than a century earlier, they intended to help fund a building that would display what was Benin’s in the first place. This museum’s development is still in progress, but it’s not the only institution being built in West Africa for the intention of housing once-looted treasures. This week, a spokesperson for the in-demand art star architect David Adjaye told Artnet that Adjaye had been tapped for a feasibility study for the new Benin Royal Museum in Benin City, Nigeria, which would potentially hold artifacts stolen from the historic kingdom, such as the Benin bronzes. Nigeria has been campaigning for the return of the bronzes since the 1960s; of the many museums that hold a portion of these artifacts, the British Museum has agreed to return some of its share, but only on a temporary, rotating basis.

SEE ALSO: The Oakland Museum Is Trying to Raise $85 Million for an Impressive Facelift

Adjaye is an established name when it comes to the rendering of artistic spaces, having already been responsible for the designs for the lauded National Museum of African American History and Culture in Washington, D.C., the affecting Stephen Lawrence Centre in London and the Moscow School of Management in Skolkovo, among many others. Adjaye’s distinctive style involves an illusion of precarious balance: many of his creations look stacked as though they’re about to topple over. Most recently, Adjaye created a compact and puzzle-like art center in San Antonio called Ruby City. Fittingly, the beautiful building is a vivid and eye-popping shade of red.

Adjaye’s representative told Artnet that the architect has been meeting with Benin’s Dialogue Group in order to flesh out his vision for the museum, and that Adjaye is passionate about helping the group “to ensure this history will have its place in Nigeria’s present and future.” As for the museum that’s yet to be built in the Benin city of Abomey, that’s still projected to be opened in 2021. 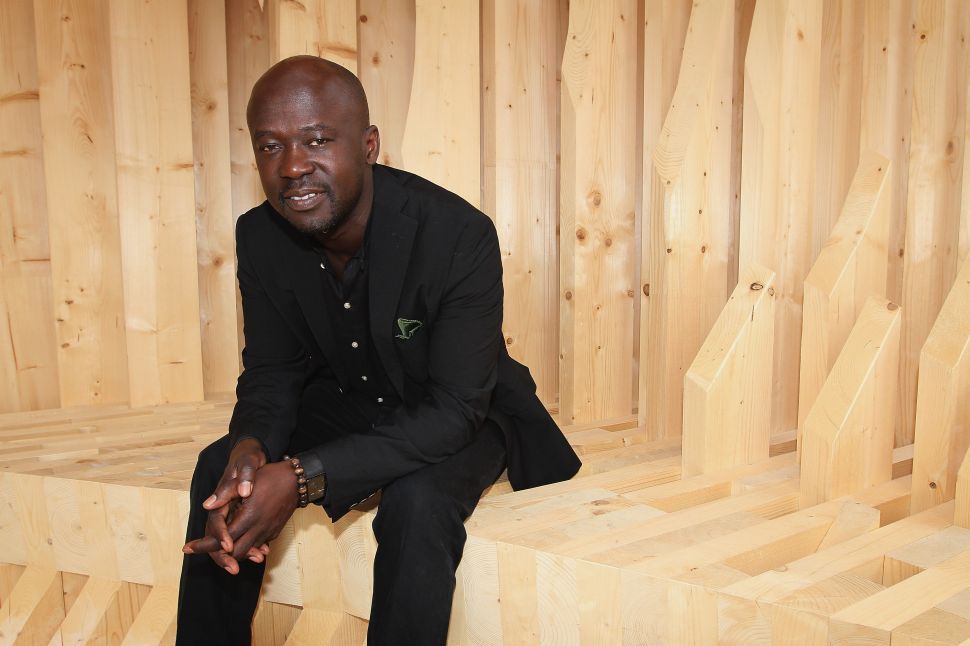