David Bowie‘s long and multifaceted career redefined how audiences interpreted the boundary between musical and visual art, so it stands to reason that The Man Who Fell to Earth cultivated a big collection of landmark works during his lifetime. Bowie was a prolific fan of contemporary art, but one of his most treasured pieces was much older: an altarpiece made by the dramatic Italian master Tintoretto entitled The Angel Foretelling Saint Catherine of Alexandria of Her Martyrdom, which Bowie bought from a dealer in London in 1987. This week, Saint Catherine is going on display in Venice after having recently been purchased by Marnix Neerman, a Belgian collector who elected to place the altarpiece in a show devoted to Flemish and Italian Old Masters that will open at the Palazzo Ducale on September 5.

The altarpiece was purchased by Neerman for 191,000 pounds at a record-breaking Sotheby’s auction held in 2016 that featured a vast array of Bowie’s collection. The musician had pieces by Winifred Nicholson, Peter Lanyon, David Bomberg, Frank Auerbach, Jean-Michel Basquiat, Alan Davie, Marcel Duchamp and many others; he even collaborated with some famous stars like Damien Hirst on original works that were both kaleidoscopic and psychedelic.

Towards the latter decades of his life, Bowie also made visual art on his own as a way of digging himself out of a musical rut. And it was, above all, what he prized the most. “Art was, seriously, the only thing I’d ever wanted to own,” Bowie told the New York Times in 1988. “It has always been for me a stable nourishment. I use it. It can change the way that I feel in the mornings. The same work can change me in different ways, depending on what I’m going through.”

If you happen to be lucky enough to be visiting Venice within the next couple of months, The Angel Foretelling Saint Catherine of Alexandria of Her Martyrdom will be on display though March 2020. 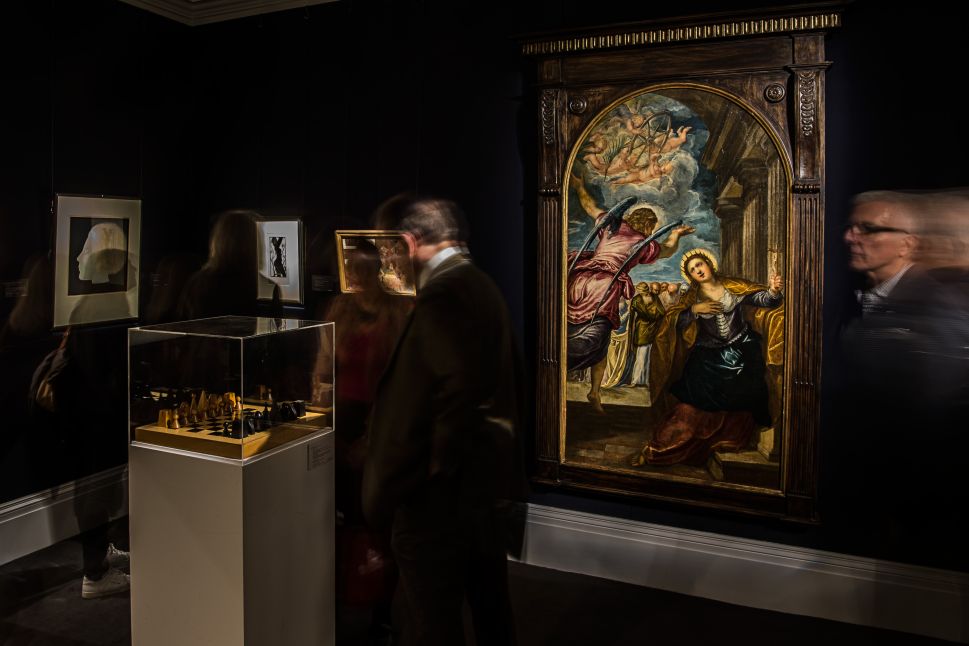