While he was alive, famed American architect Frank Lloyd Wright was responsible for designing iconic buildings across the nation, including inventive places of worship such as a blue-domed Greek Orthodox Church in Milwaukee and a Unitarian meeting house in Wisconsin. However, Wright only ever completed one synagogue: the Beth Sholom Synagogue in Elkins Park, Pennsylvania to be exact, which was completed in the 1950s and will this fall play host to an art installation entitled David Hartt: The Histories (Le Mancenillier).

Hartt, a multidisciplinary artist renowned for his site-specific installations that often make use of sculptural and biological elements, is also an assistant professor in the Department of Fine Arts at the University of Pennsylvania. His work at Beth Sholom will explore the intersecting histories of black and Jewish diasporas via live musical performances, freshly-shot video and plant installations.

Hartt’s installation will also center the sonic contributions of New Orleans-born American composer Louis Moreau Gottschalk, a romantic pianist and composer who interpolated Latin American and Creole themes into his influential body of work. Gottschalk’s compositions will be played by the musician Girma Yifrashewa. Cole Akers, the curator who helped to facilitate Hartt’s installation, is also the curator for Philip Johnson’s landmark Glass House in New Canaan, Connecticut. Akers said that the Beth Sholom Synagogue’s particular architectural quirks had been very closely examined so as to enhance Hartt’s vision.

“For example, probably the one that’ll be the most striking to visitors will be the way in which we’ve replaced the congregation’s customary artificial plants with live tropical plants,” Akers told Observer. “The building’s main sanctuary space has a leaky roof, and we’ve arranged many orchids to catch the leaking rainwater.”

“There’s so much contrasting media. Orchids, tapestries, videos and sound play a huge role in the project,” Akers continued. “When you work in these kinds of historic environments, it’s not really about presenting pre-existing artworks in an interesting space. So much of the project was processed for the commission, and it involved David and I working closely together to really think about the space environmentally.”

The installation will be up and visitable from September 11 through December 19, 2019. 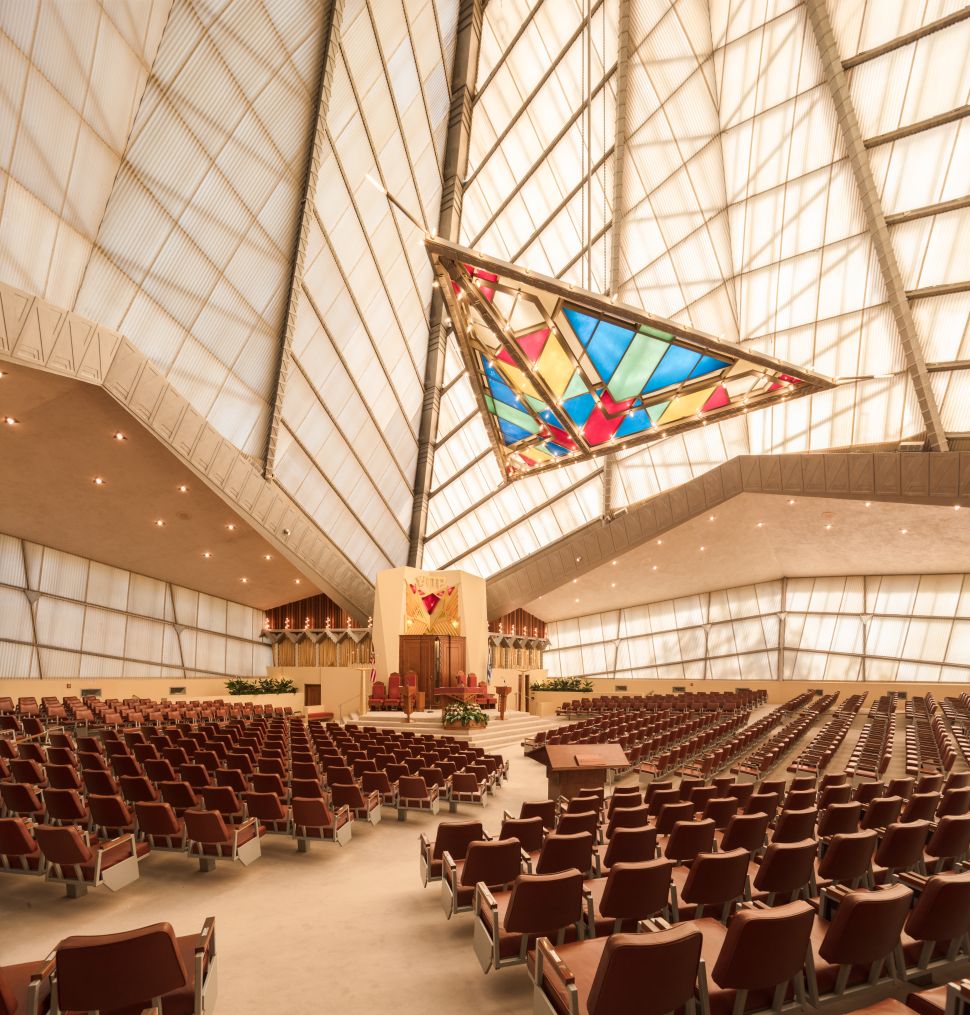