As newer, somewhat scrappier galleries crop up and congregate in the Tribeca neighborhood of Manhattan, Chelsea has conversely become something of a broad, superstructural haven for galleries that seem to vibrate with ambition. Splashing into the midst of this semi-intimidating atmosphere is the Dia Foundation, which announced yesterday that when Dia:Chelsea reopens after a renovation in September 2020 with a multifaceted commission from Brazilian artist Renata Lucas, admission will subsequently be free at every one of Dia’s New York City sites. This is but one element of the foundation’s ongoing effort to revitalize their core gallery spaces in Chelsea and upstate in Beacon, New York; the free admission policy will also apply to a new space called Dia:Soho that’s set to open in the fall of 2022.

Jessica Morgan, the talented curator who took over as the Nathalie de Gunzburg Director of the Dia Foundation in 2015, was only a few years ago rejecting the idea that Dia’s future success necessitated the consolidation of multiple gallery spaces into one. “Let’s get on with the programming,” Morgan told Vogue in early 2016. “Enough already about building.” Dia has constructed much of its mission around a commitment to offering a space for growth for contemporary artists, but the fact remains that the pressure to have a significant, updated gallery presence in New York City proper has only increased. Designed by the Architecture Research Office, the new Dia:Chelsea involves the consolidation of Dia’s three West 22nd Street buildings into one, integrated 32,500-square-foot space.

SEE ALSO: Philadelphia Museum of Art Reopens a Hidden Treasure as Part of Its Ongoing Renovation

“Dia first established an exhibition space in Chelsea in 1987, and over the years we have witnessed a remarkable change in the surrounding neighborhood as it transformed into a hub for other not for profits as well as commercial galleries,” Morgan told Observer on Friday via email. “We are now seeing many of these galleries expanding and offering new models of participation. I think these ambitious projects are an interesting exploration of the gallery model. However, Dia’s approach has always been a little different. When we embarked on this building project in Chelsea we made a conscious decision to preserve our buildings and not to build up in order to respect the original industrial architectural character of the neighborhood and maintain the unique natural light in the gallery spaces afforded by the banks of skylights.”

And Dia:Chelsea’s programmatic plans for the future also reflect the foundation’s dedication to innovation. After the culmination of Renata Lucas’ installation, which will explore the fluctuating physical and social histories of New York City’s neighborhoods, Dia:Chelsea will show artist Lucy Raven’s large-scale takes on the heady dynamism of the American West in March of 2021.

Ultimately, the message seems to be that if Chelsea is becoming more like a cluster of ambitious museums, Morgan is dedicated to making Dia’s stance continually inclusive to everyone who wishes to visit. “Our move to free admission at all of our New York City sites will encourage more members of the public to visit our spaces time and time again,” Morgan said. “It is vital that arts and culture are accessible to all and we are committed to providing these spaces for our New York community to foster meaningful relationships with the artists we support.” 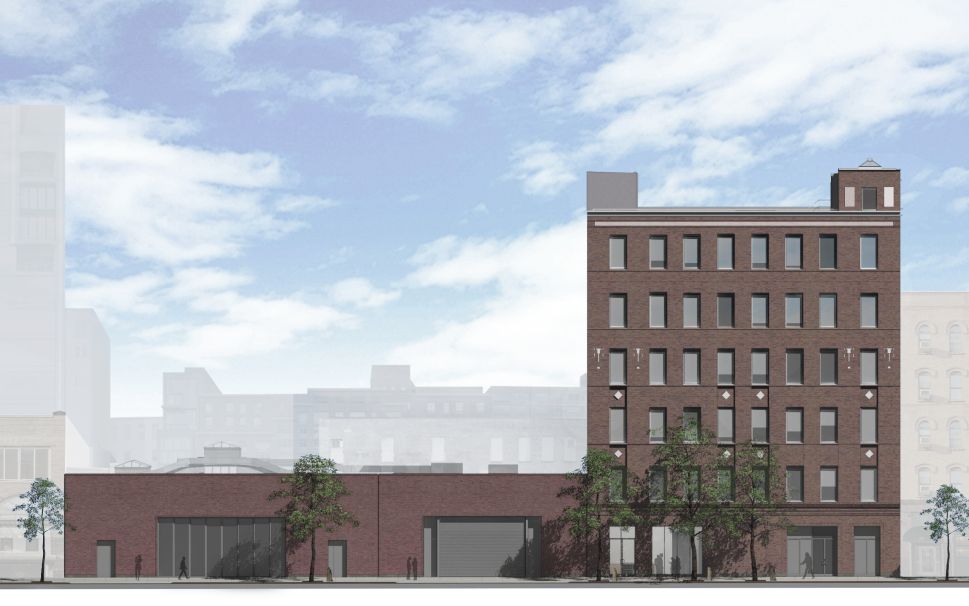