James Mangold’s Ford v Ferrari is a gasoline-soaked intoxicant that you won’t want to unbuckle from. The vibrations of the racing cars, the gravity of the hairpin turns, the heat from the engines—you feel it all as a concussive blow of kinetic energy. We said as much in our immediate reaction to the film’s premiere at the Toronto International Film Festival. But with the benefit of time allowing us to revisit other classic racing movies such as Rush and Days of Thunder, it’s clear that Ford v Ferrari has the more powerful engine. Much of that is thanks to cinematographer Phedon Papamichael.

The Oscar-nominated director of photography has enjoyed an eclectic career that includes everything from the Pauly Shore stoner comedy Bio-Dome to the critically acclaimed Nebraska. That’s what we call a diverse portfolio. Papamichael recently chatted with Observer about how he and Mangold added the necessary visual fuel to the story’s fire and the inspiration behind Ford v Ferrari’s aesthetic.

Observer: This is your sixth collaboration with director James Mangold. What makes your dynamic such a good partnership?
Papamichael: Number one is that you have to get lucky and have the same sensibilities and the same style. I noticed that early on when I did the first movie. I was framing up something and you know Jim was like “Oh come in a little more. Push in a little bit.” And I go, ‘oh this guy has an eye actually.’ He’s very strong with that. He’s incredibly eloquent when he’s directing actors. He’s a writer.  Often when you have both qualities you don’t expect somebody who’s also very strong visually.

He’s an indie filmmaker primarily who happened to develop a career as a studio filmmaker making commercially successful movies. It’s always great when you are in sync instinctively with the director and, in this case, it’s almost scary how much we think alike, especially after our fifth or sixth movie together.

You’ve said you approached Ford v Ferrari with realism in mind. What does that mean in a practical sense?
We tried to do as much practically as possible. In the entire film, I think there’s only one fully [computer-generated] car. We’ve all be exposed to great action and great car chases, but we really wanted ours to be accurate and focus on the emotional context of our main characters. We realized very quickly that we need to do a lot of it practically. Hard-mount these cameras to these cars and have the actors experience the G-forces and all the vibrations and the noise that you can’t really create on a stage with a bunch of grips shaking the cars. We raised the natural light to really create a sense of what it’s like to sit in one of these insane little metal death traps. We knew early on we didn’t need all these sweeping crane shots or drone moves; we just wanted to hold the character’s POV with close-ups.

It’s just really making all this action tie together. You would get bored after watching great action sequences over and over. You have to always be connected to what your character is going through. All the beats and creating these beats so it doesn’t become one big wash of spectacular car action. You know that’s Mangold’s strength, creating these solid characters within the heart of the story. We were doing old-school, classic Hollywood filmmaking and that’s exciting because those are the kinds of movies that inspired us as younger filmmakers.

How do you devise a visual strategy that provides the audience with necessary information but also comes across as visually exciting?
A movie like this is technically complicated, so you have to do some planning. You have to do some revising so you can budget it in regards to how many cars you have to build an all that. But for all the dramatic scenes, we’re very much inspired by what the actors bring on the day and when all of the elements are in place. We don’t really create shot lists or storyboards. We try to identify the moments that are the essence of each scene. It’s the same when I work with Alexander Payne.

We’re very much looking at what the actors are doing and then decide how to shoot it because there are all these things that you can never plan or prepare for. You want to be able to take advantage of those things. The approach with Mangold is very much the same where we direct the actors first and do blocking with them so that leaves ourselves some room in the technical part where we can take advantage of these little magical moments that happen on set. The ability to be reactive and follow your instincts. 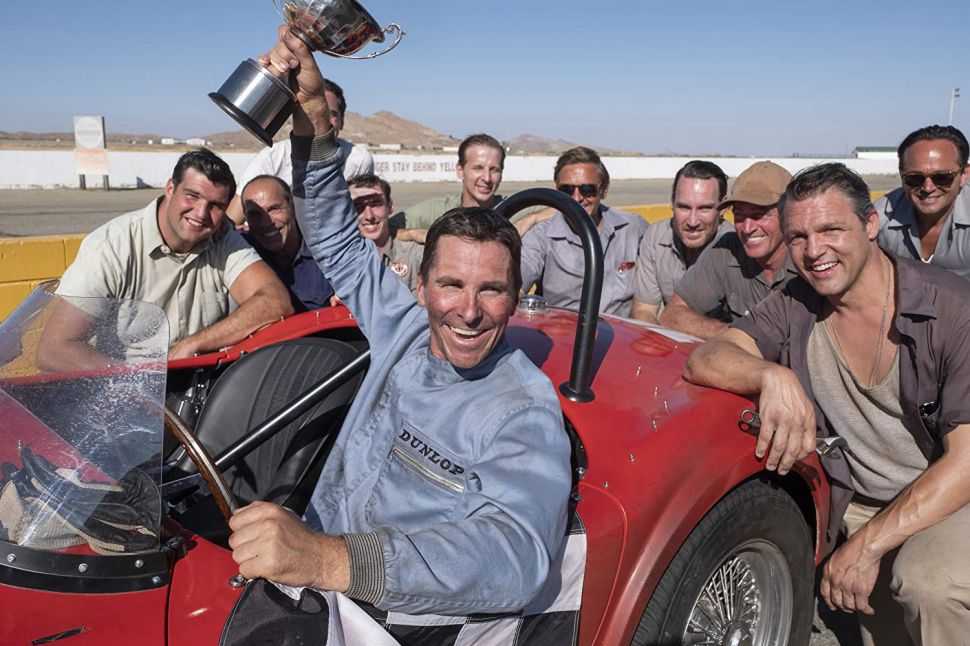