There’s no question that meatless mania is here to stay. As startups like Beyond Meat and Impossible Foods have shown, there is a seemingly never-ending public (and investor) demand for animal product alternatives at the moment.

But before hip venture-backed startups took up innovating plant-based products, only a select few producers catered to this portion of the population. One of these specialty brands is Dr. Praeger’s Purely Sensible Foods, whose signature veggie burgers you have probably spotted in your grocery store’s frozen foods section.

Founded in 1994 by cardiac surgeons Dr. Peter Praeger and Dr. Eric Somberg, the company makes ready-to-eat “sensible food” options—something the market was lacking at the time of Dr. Praeger’s launch.

Today, the family-owned business is headed by the son of the late Peter Praeger, Larry Praeger, and enjoys a presence at national chains, including being the “No. 1 frozen veggie burger at Whole Foods.” The company, based in northern New Jersey, still produces about 98% of its items at the facility next door to its headquarters.

Observer recently spoke to the CEO about the evolutionary landscape of the plant-based food industry and how Dr. Praeger’s has benefited from a growing market that’s hungrier than ever for meatless options.

You took over as CEO of Dr. Praeger’s in 2013. Tell us what it has been like to take the reins, just as the popularity of plant-based diets began to rise.
I’ve been with the company for over 20 years, starting in college. That’s how I kept busy during the summers, working and learning about the business. After college, I worked mostly in sales, which basically meant talking to anyone who would listen about carrying our products.

Seven years ago, when my father passed away, I took over as CEO. Since then, we’ve grown in employee number by bringing in more sales and marketing professionals, beyond family members. We also began hiring more research and development people to build out our product portfolio.

Since then, we’ve had accelerated growth over the past five years. Today, the company brings in a revenue of about $100 million.

Of course today “meatless” items are everywhere and have become a lucrative part of the health food category. But when Dr. Praeger’s began 25 years ago, veggie burgers were known to be an afterthought on most menus and supermarket shelves. What effects has this shift in consumer taste had on your company over the years?
It’s definitely helped being a well-known brand for over two decades. Because we cater to the entire family, including kids and adult items, we have loyalists who consistently buy the brand. For example, parents who have been into our products will start buying their children items from the kids line.

For us, this interest has been great—especially the amount of awareness coming into the category. We do benefit from word of mouth and have been lucky to have seen growth since the wave started, considering some older brands in the frozen category have been on the decline.

Having established name recognition and an existing customer base is definitely an advantage in this quickly-saturated market. How has being an established “old school” vegetarian brand helped transition into this new era of meatless demand?
Creating exciting new products is definitely one. Having been around for a while means that consumers are willing to give new items we experiment with a try. We’re focused on healthy and nutritious food, which has always been the goal. Especially because back in the day when we started, the frozen section was stocked with ready-made meals filled with fat and salt.

Launching newer items that are more “risky,” like our meat-esque products has been one way we’ve adapted to this latest wave. We also recently began to offer ready-made bowls for kids and adults, as well as broader dietary specific lines, like gluten-free and grain-free. We’re trying to provide food for different parts of the day, not just dinnertime.

However, we still retain the DNA of Dr. Praeger’s in these new recipes, meaning we heavily use clean, veggie-heavy ingredients.

Like your new burger patty, which is your answer of sorts to the Impossible Burger?
Yes, ours is called the Dr. Praeger’s Perfect Burger, which we launched this summer. It serves as a healthy substitute to meat and cooks just like beef on the grill or stove-top. But like everything we do, it’s infused with veggies, including sweet potato, butternut squash, beets and carrots.

Trendy items are a great way to introduce customers to the brand, but at the end of the day, consumers are going to continue to read the back of the box to check health values. This is why we use third-party verification, for example. It’s not just about being a “meat alternative.” It’s also about providing customers with a way to make better choices easily and add more vegetables into their existing daily diets. 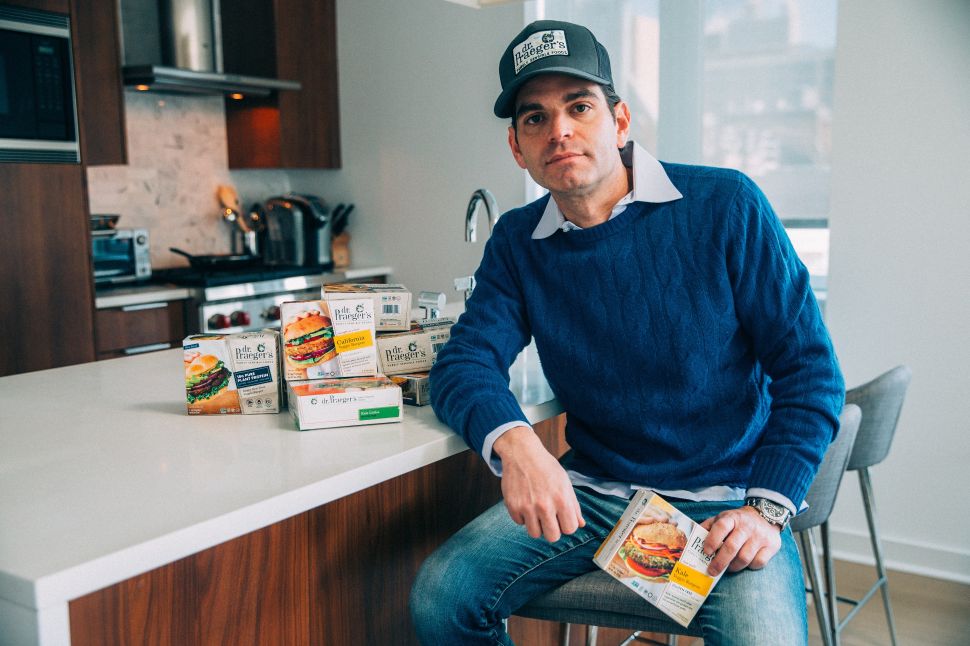