Triggered by an outbreak of lung ailments that have sickened roughly 450 people and killed as many as six across the country—all of whom were said to have used vaporizer devices—the Trump administration will push federal regulators to ban flavored e-cigarettes outright, officials said on Wednesday.

Though popular vaporizer devices, like the market leader Juul, have long been criticized by health and school officials, as well as youth advocates, as an appealing “on-ramp” for teens and adolescents to become hooked on nicotine, the U.S. Food and Drug Administration (FDA) has nonetheless been slow to impose regulation. A review that was supposed to begin this past summer was instead delayed until 2022.

SEE ALSO: The Problem With ‘Juuling’ Becoming a Verb

However, an ongoing and growing health crisis among both users of vaporizers used to consume THC and nicotine appears to have spurred President Donald Trump into demanding action.

On Tuesday, health officials in Kansas reported the country’s sixth known vape-related death, a woman over 50 who died after developing a severe respiratory illness. On Wednesday, Trump met with health officials including U.S. Secretary of Health and Human Services (HHS) Alex Azar, who later told reporters that the administration will push for a ban until the FDA can determine if the products are safe.

Terms of the ban have yet to be finalized, but it appears the administration will focus on the “flavored e-cigarettes” said to appeal especially to youth.

“The Trump administration is making it clear that we intend to clear the market of flavored e-cigarettes to reverse the deeply concerning epidemic of youth e-cigarette use that is impacting children, families, schools and communities,” Azar said in a statement released to media. “We will not stand idly by as these products become an on-ramp to combustible cigarettes or nicotine addiction for a generation of youth.”

Crafting the guidelines for a ban could take several weeks, Azar said.

Last week, officials from the Centers for Disease Control and Prevention (CDC) noted that no one product has been definitively identified as the cause behind the lung ailments, which have been reported in at least 25 states.

The CDC began investigating the outbreak on August 1. On August 30, the CDC asked state health departments to share data regarding lung illnesses connected to vaporizer use.

Though some users reported using e-cigarettes before falling ill, several of the lung disease cases were reportedly caused by black market cannabis oil cartridges containing a dangerous additive, and 80% of 64 cases reviewed by the CDC last week involved a vaporizer device for THC.

In response, the CDC has advised Americans to halt all vaporizer use until a culprit can be found.

Meanwhile, the FDA is also investigating at least 127 cases of neurological diseases or disorders in people who reported using vaporizer devices between 2010 and 2019. It’s not clear if there is any connection.

It’s also not clear how any ban would affect—or prohibit—sales or use of products bought on underground or illicit markets. Vaporizer devices are easily bought online. Cartridges can be filled with oils or other substances mixed at home.

The lung problems follow a pattern similar to that suffered by Simah Herman, a Los Angeles-area 18-year-old whose father rushed her to a hospital on August 15 after she reported being unable to breathe.

A chest x-ray revealed white spots in her lungs consistent with pneumonia. Two days later, her lungs were “full of fluid,” as ABC News reported. Herman had to be put into a medically induced coma and attached to a ventilator.

She has since recovered. Dr. Kathryn Melamed, her pulmonologist, surmised that Herman may have been suffering “a profound inflammatory reaction to the vape products or some… component of the products,” she told ABC’s Nightline.

Herman later told ABC that she’d been vaping since she was 15 and would routinely vape every “10 to 15 minutes.” She consumed Juul products, as well as cannabis, she told ABC.

On Tuesday, Juul agreed to comply with an FDA order to stop marketing its products as a “safer” alternative to cigarette smoking. The company also said it’s introducing technology to retailers who carry its products that would prohibit any sales until a government-issued ID is scanned.

At least one teen has filed a lawsuit against San Francisco-based Juul Labs after allegedly falling ill and spending three days in the hospital last month. 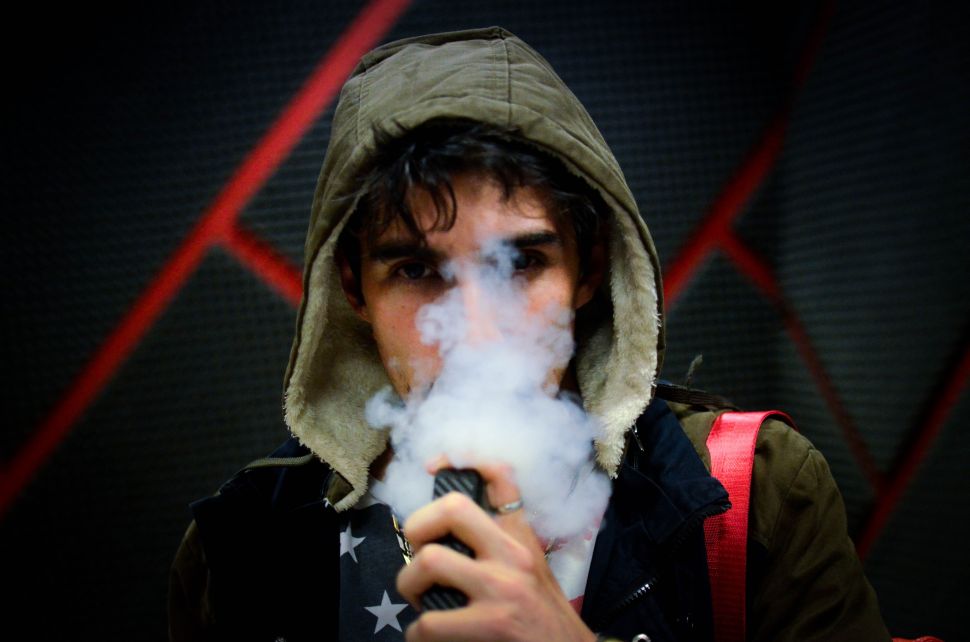