It seems like Ellen DeGeneres and Portia de Rossi can barely let a week go by without completing a pricey home transaction. The couple is constantly flipping real estate in California, so it’s not that surprising that they’ve parted with yet another estate. This time, it’s a Santa Barbara equestrian house they owned for just over a year.

DeGeneres and de Rossi bought the 10.06-acre home last year for $6.7 million, and promptly tossed it back on the the market for $8.95 million in May. But they weren’t able to locate a buyer at that price, and subsequently discounted the ask by $1 million.

SEE ALSO: Are Prince Harry and Meghan Markle Considering a Move to Malibu?

The final sales price, however, is another $1 million below that—the new owner paid $6.98 million for the home. According to Variety, the buyer is Nickelodeon president Brian Robbins.

DeGeneres and de Rossi did complete a renovation during their short ownership, per the listing held by Compass broker Suzanne Perkins.

The main house is a three-bedroom, 3.5-bathroom farmhouse-style abode, which was originally built in 1917. There are wide plank oak floors and white beamed ceilings throughout, and the public spaces of the home are configured in an open layout.

The master suite has vaulted ceilings and custom lighting, with a fireplace and French doors with access to a private outdoor area. The bathroom is fitted with a tub and glass-enclosed shower.

Elsewhere on the property, there’s a century-old barn, a pool, spa, pastures (horses!) and lots of terraces.

Even though DeGeneres and de Rossi have parted with quite a few homes this year, including a spare Beverly Hills house they recently sold, but they’re holding onto two of their most extravagant properties. There’s the Balinese-style Montecito retreat they purchased earlier this year for a staggering $27 million (perhaps the couple decided they only needed one home in the Montecito-Santa Barbara area), as well as the massive $45 million Beverly Hills mansion they bought from Adam Levine and Behati Prinsloo earlier this year. 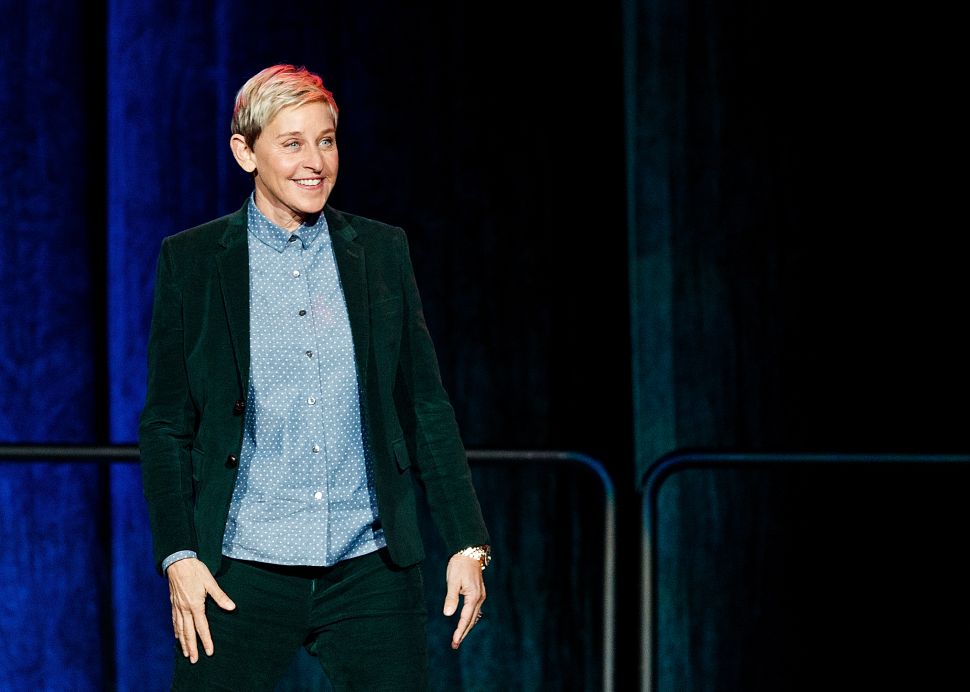