Aliens are coming to read our brains. No, I’m not talking about the Brain Bugs who have the capacity to steal the knowledge of human minds from 1997 sci-fi classic Starship Troopers. No, we’re talking about such aliens who have taken human form: Elon Musk and Mark Zuckerberg.

SEE ALSO: Why Are So Many Robots White? Study Shows There’s a Racial Bias

Yes, it’s come to this: tech companies are now getting their brain-reading ducks in line to build tech that can read our minds. Literally. Scary. Scary. Scary.

This isn’t some type of Cambridge Analytica scandal, in which they crunch the numbers to see that our web habits steer towards funny cat videos, or one of those trippy Philip K. Dick dystopian future novels. This is mind-reading, as in “mind-reading.” And since Elon Musk is one of the people who is committed to developing this type of tech, you know that there’s a good chance that it just might get done—and very soon.

Is there nowhere to run and hide anymore?

Over the past few weeks, Facebook and Elon Musk’s Neuralink have announced that they’re building mind-reading tech.

So, in a way, these technologies truly are like the Brain Bugs from Starship Troopers.

According to Vox, Facebook is funding research on brain-computer interfaces (let’s call them BCIs for short). The endgame is to pick up thoughts directly from people’s brain neurons and then translate these thoughts into words.

Man, and you thought it was bad enough when TSA said they could look through our social media accounts—just wait until they can sift through the dark resources of your brain as well.

Already Facebook researchers have built an algorithm that can decode words from brain activity. And, this can be done in real time. Early tests at Facebook’s Reality Labs were able to use a brain-computer interface to decode speech directly from the human brain onto a screen.

Back in July, Andrew “Boz” Bosworth, Facebook vice president of AR/VR, said in a tweet: “Today we’re sharing an update on our work to build a non-invasive wearable device that lets people type just by imagining what they want to say.” Adding, “Our progress shows real potential in how future inputs and interactions with AR glasses could one day look.”

Meanwhile, on the Elon Musk-front, his company, Neuralink, is working on a way to control your smartphone with your thoughts. Shazam! Already, Musk wants to start testing in (that’s right, “in”) humans by the end of next year. Yes, this will be going down in 2020. The Musk plan involves implanting flexible “threads” (about one-tenth the size of a human hair) directly into your brain, which, in turn, will be the first step to turning us into a hybrid of man and machine—as these threads will allow you to control your smartphone with just your thoughts.

“It will enable anyone who wants to have superhuman cognition,” Musk said on the Joe Rogan podcast (the episode where he smoked pot). “How much smarter are you with a phone or computer or without?” Musk said. “Your phone is already an extension of you. You’re already a cyborg.”

“It’s like a tiny straw of information flow between your biological self and your digital self,” Musk added about Neuralink. “We need to make that tiny straw like a giant river, a huge, high-bandwidth interface.”

So, if you’ve ever had one of those zombies who can’t be bothered to look up from their smartphone accidentally bump into you, oblivious, while walking down the street… this will take that dissociation from reality to a whole new level.

Here’s more on the nuts-and-bolts of Neuralink:

Not all tech companies are trying to capitalize on reading our minds.

Emotiv and Neurosky are developing brain technology for the benefit of good, helping people with paralysis control their devices, such as move a robotic arm or a computer cursor.

Right now Emotiv already has the ability to allow you to control toy cars with your mind via a headset:

So, it’s almost a given that in the future (maybe even as early as the end of next year), tech companies will have some sort of capacity to merge tech and brain thoughts—as one.

Some ground rules obviously need to be put into place; otherwise, the potential for misuse could be phenomenal. I mean look at the embarrassment that could potentially occur if hackers broke into your Tinder account and read your messages.

Imagine a hacker… breaking into your brain.

Though several countries are incubating how to handle “neurorights,” there will always be wrongdoers who abuse the law. But again, once mind-reading tech is available to the general public, it will legally be the Wild West—considering it’s new, uncharted terrain. We can’t even handle the rapidly expanding state of deepfakes and how they will affect the 2020 elections.

So, rest assured, your brain—and your thoughts—may no longer be private anymore. Have a good day. 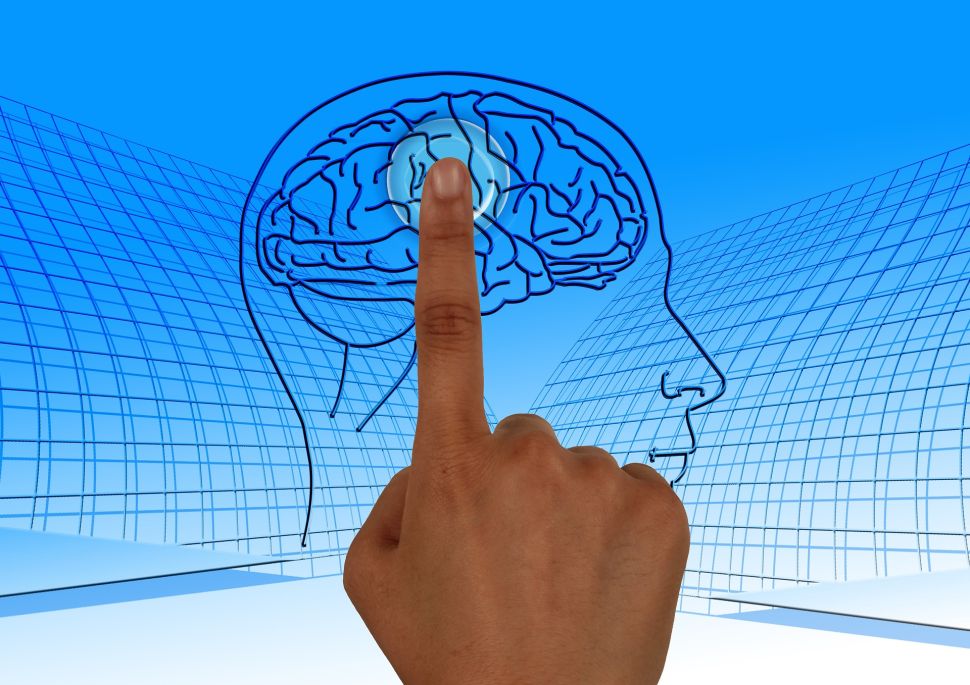