Facebook CEO Mark Zuckerberg is back on Capitol Hill this week for the first time since his highly publicized congressional hearing in April of 2018, during which Washington lawmakers grilled him for five straight hours over Facebook’s role in meddling the 2016 presidential election.

But unlike last time, Zuckerberg didn’t plan any public appearances during this visit, only private meetings with selected lawmakers behind closed doors.

“Mark will be in Washington, D.C., to meet with policymakers and talk about future internet regulation. There are no public events planned,” a Facebook spokesperson said in a statement to Axios, which first broke the news Wednesday afternoon.

Thankfully, some of the meetings have already been disclosed.

Zuckerberg kicked off his meetings early Wednesday with a group of lawmakers including Sen. Maria Cantwell (D-Wash.), who sits on the Senate Commerce Committee, Politico reported. Cantwell said she and the Facebook CEO discussed election interference on social media and data privacy.

“At Facebook’s request, Senator Warner helped organize a dinner meeting in Washington for Zuckerberg and a group of senators,” Warner’s spokesperson told reporters in a statement. “The participants had a discussion touching on multiple issues, including the role and responsibility of social media platforms in protecting our democracy, and what steps Congress should take to defend our elections, protect consumer data, and encourage competition in the social media space.”

Also present at the dinner was Sen. Richard Blumenthal (D-Conn.), who has called for Facebook to be broken up, per Politico.

Another vocal Democrat for breaking up Facebook, Sen. Brian Schatz from Hawaii, is also slated to meet with Zuckerberg later this week. He said he plans to voice his concerns about Facebook’s ambitious cryptocurrency project, Libra, during his meeting. “I just don’t like the Libra idea,” he said.

Other lawmakers who are expected to meet with Zuckerberg include House Intelligence Chairman Adam Schiff (D-Calif.) and Senate Judiciary Antitrust Chairman Mike Lee (R-Utah), per Politico, as well as Sen. Josh Hawley (R-Mo.), also a high-profile Facebook critic, per Axios. 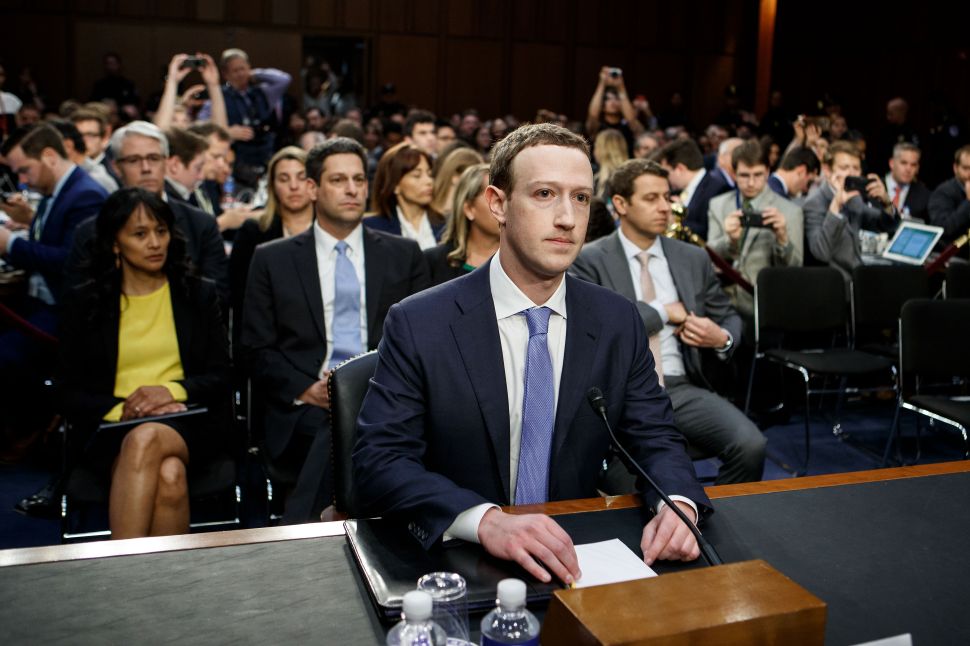