Welcome to Observer’s 2019 Fall Arts & Entertainment Preview, your complete guide to the best this season has to offer. We’ve combed through everything that’s happening in TV, movies, dance, opera, theater, the visual arts and literature to bring you our picks for what to pay attention to as the weather cools. Bookworms should also check out our list of must-see art exhibitions.

No matter how old you get, it’s impossible to shake that “back to school” feeling. New shoes, new notebooks, new books. Even now, you can still catch that energy by leaving your local bookstore with a stack of new titles, a bookmark tucked in each one. Looking beyond politics, some of the most compelling nonfiction of the fall centers around things unexplained—from the supernatural to the paradox of fame as well as violence invisible to the eye. Coming to terms with mystery, we may steady ourselves for what’s to come. It’s an exceptional year for fiction. Some authors try their hand at a new form and others create sequels to legendary classics and cult favorites. So don’t dwell on summer’s end; concentrate on sweater season and setting aside your phone in order to hit the books.

From Monique Truong, the author of the stunning 2003 novel The Book of Salt, The Sweetest Fruits recovers the stories of three women forgotten to history in the shadow of the remarkable 19th century writer and adventurer, Lafcadio Hearn. Crisscrossing the world, these women are themselves heroic and ambitious figures. It was a short biography of Hearn in The New Encyclopedia of Southern Cuisine that tantalized Truong to craft this arresting and sensual historical fiction. Her sweeping prose lifts up the unsung women behind Hearn, a man larger than life in part thanks to those whom history has failed to note.

The Testaments by Margaret Atwood (September 10)

In this sequel to her landmark 1985 dystopian novel The Handmaid’s Tale Margaret Atwood offers answers to questions that readers have asked for the last 35 years. Inspired by those questions—as well as the current political climate—Atwood reconstructs the totalitarian state of Gilead. After a coup demolished American democracy, religious fervor brings about a new societal structure that limits the rights of men, but entirely strips women of their freedom and liberty. The Handmaid’s Tale has long been celebrated as a canonical text of the 20th century, but since the 2016 presidential election, it’s returned to the bestseller list and found a wider audience thanks to its television adaptation. Expect the further chronicles of Gilead to be required reading. 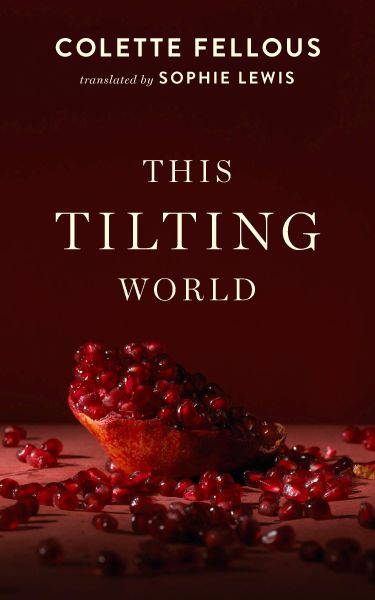 In case you missed it, August was Women in Translation Month. If you’re only reading Elena Ferrante, give yourself an opportunity to catch up this fall. This past summer New Directions published two new translations (Happiness, As Such and The Dry Heart) of the masterful Italian author Natalia Ginzburg, but in addition to those celebrated works, dig even deeper with This Tilting World by Colette Fellous, translated from the French by Sophie Lewis. This slim, meditative novel is, in part, a love letter to a homeland to which her narrator must never return. Drawing upon the 2015 terrorist attack in Sousse, Tunisia, Fellous gives voice to those who are too often silenced in her haunting and prescient book.

Red at the Bone by Jacqueline Woodson (September 17)

For those still mourning the loss of Toni Morrison, it’s essential that you direct your attention to National Book Award winner Jacqueline Woodson, who continues the legacy of the late Nobel Laureate whose life’s work championed the African American experience. In addition to her role as the National Ambassador for Young People’s Literature (having published a lengthy catalog of young adult novels), Woodson is also a writer of memoir and adult fiction. Her new novel, Red at The Bone, is a taut and lyrical portrait of two families as told through the eyes of each member. Moving backward and forward in time throughout the book, Woodson unpacks gentrification, class, race, sexuality and ambition through the impact that one unexpected pregnancy has on the lives of others. 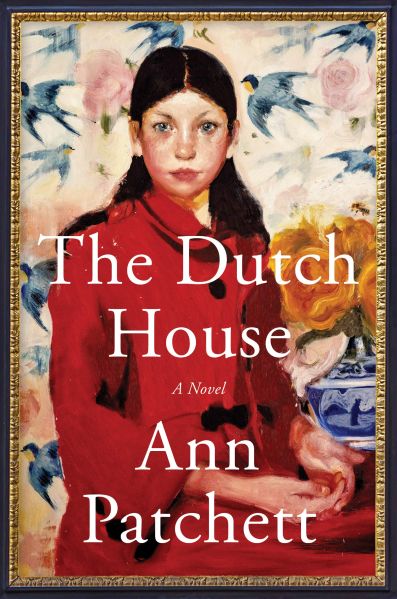 There are few authors as dependable as Ann Patchett, whose eighth novel, The Dutch House, follows her first children’s book release (Lambslide) this past summer. This family saga centers around a brother and sister, devoted to one another in the wake of repeated loss, and the stately home outside Philadelphia from which they are exiled after the death of their father. Despite different careers and interpretations of success, their deep loyalty to one another remains steady until a surprise triggers a reckoning that may upset the truths they once held dear.

Imagine if a set of lesbian twin sisters who happened to become rock stars joined the cast of the cult mid-1990s television show My So-Called Life. If you’re thinking that sounds like the sequel of your wildest dreams, pick up High School. The celebrated rock duo has been performing together for over 20 years and has now collaborated on this fresh and incredibly fun memoir that reads like a diary, alternating sections between the sisters, chronicling their angst-ridden teen years discovering themselves, desire, friendship and music. They’re touring this fall in support of the book and a new album of rerecorded songs from a lost tape they made in high school.

The Year of the Monkey by Patti Smith (September 24)

Over the course of a year leading up to her 70th birthday, the rock legend Patti Smith stood witness to the fragility of life. There’s an explicit dreamlike quality and focus to The Year of the Monkey, her latest memoir. Much like M Train, this book offers a very specific glimpse into the life of an artist facing her mortality without coasting. Through her trips, her cups of coffee, and her dreams, Smith radiates compassionate and concern as she meditates upon the practice of sitting with loss and change during ever turbulent times.

Chronicling the end of the twentieth century from our chaotic present, The Topeka School is an indictment of toxic masculinity and the misappropriation of free speech. The MacArthur and Guggenheim fellow and author of the acclaimed novels Leaving the Atocha Station and 10:04 situates his latest novel in his home state of Kansas where a young man is poised to become the national debate champion before heading to college. Toggling forward and back into time, the book captures the challenge of masculine identity and the rise of Internet trolling from the right. Expect precise language to take this to another level. 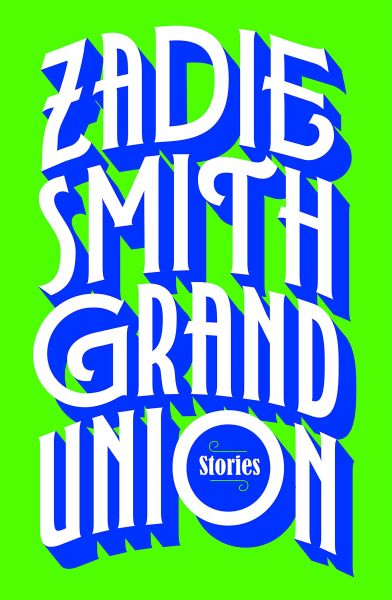 After winning a National Book Critics Circle Award in 2018 for criticism, bestselling novelist Zadie Smith is now publishing her first collection of short stories. Grand Union applies her sharp skills of observation and her playful wit to characters in a format beyond her beloved novel. While several of the stories have appeared in the New Yorker among other publications, the collection includes eleven new, unpublished pieces as well. The virtuoso Smith doesn’t stick to one genre. Dystopia and horror sit adjacent to historical fiction in this energetic collection. Her fans will appreciate her rigorous engagement with identity, class, family and place in this new-to-her medium.

All This Could Be Yours by Jami Attenberg (October 22)

A deep dive into the darker side of family bonds, All This Could Be Yours is another compulsively readable novel by Jami Attenberg. As family members race to—or avoid altogether—the deathbed of Victor Tuchman, their hateful patriarch, each struggles to reconcile themselves with a shared legacy of lies and deceit. In what feels like a rebuke to late capitalism, Attenberg refuses to find charm or redemption in the ugliness of greed. Her first book set in New Orleans, the novel casts a stark contrast between this family of outsiders and the native residents whose lives intersect with the Tuchmans. This is a parable for our times. 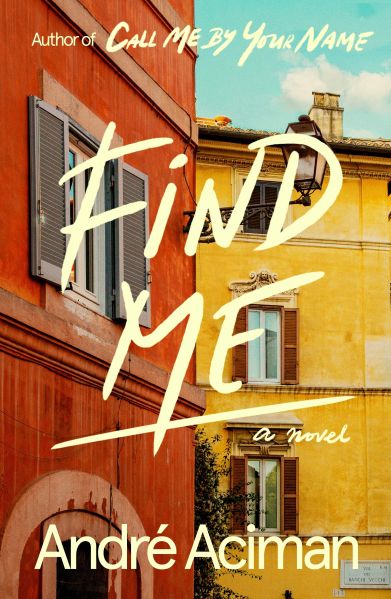 Find Me by André Aciman (October 29)

Ten years after the publication of the 2007 novel Call Me By Your Name, its film adaptation found an enormous audience for the stirring story of first love between an older male graduate student and a teenage boy. Two years after that breakthrough movie, André Aciman’s Find Me offers a sequel framed around second chances. Like its prequel, Find Me is a sensual delight. Set in Rome, Paris, and New York, readers will quickly find themselves swept up in unexpected, headlong passions entirely dependent on timing and uncanny fate. Throughout his nonfiction and fiction, Aciman has maintained a profound preoccupation with memory and the responsibility of history. An aching sense of vulnerability and fearlessness drives this book past any question of whether or not a sequel was warranted.

In The Dream House by Carmen Maria Machado (November 5)

Much like Maggie Nelson’s The Argonauts, In The Dream House by Carmen Maria Machado (Graywolf Press, November 5) is a groundbreaking memoir in terms of both form and content. It’s also a straight-up horror story told from a place of great love and responsibility. By unpacking her own emotionally abusive relationship, Machado leads the reader through the torture of shame and the invisibility of abuse within relationships too often ignored or reviled by society. Get ready for Machado to take you on several breakneck cross-country trips of the soul. 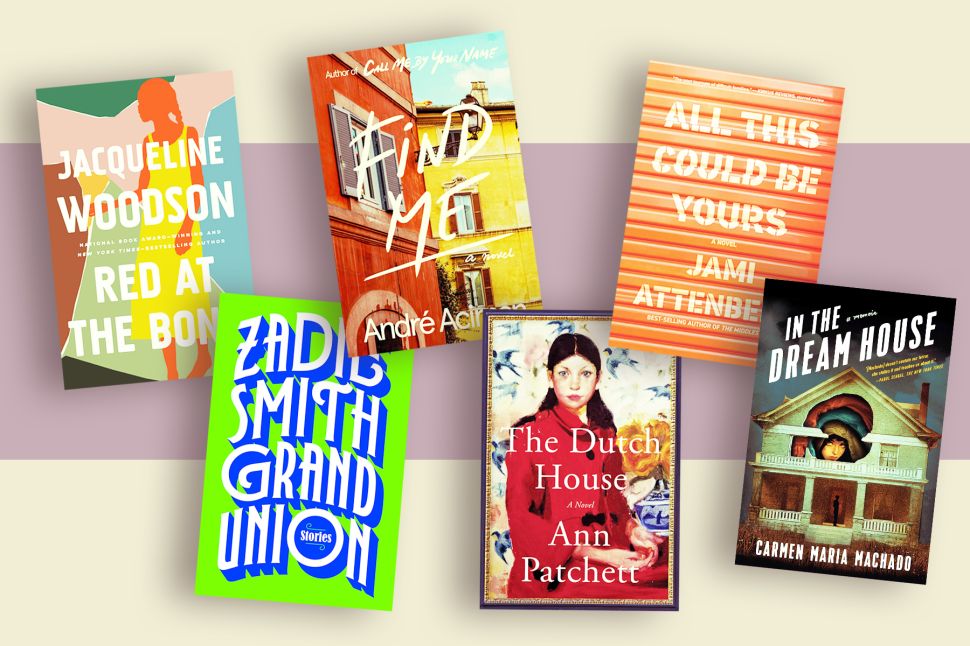