Welcome to Observer’s 2019 Fall Arts & Entertainment Preview, your complete guide to the best this season has to offer. We’ve combed through everything that’s happening in TV, movies, dance, opera, theater, the visual arts and literature to bring you our picks for what to pay attention to as the weather cools. Moviegoers should also check out our list of must-watch TV.

To quote the late, great Bill Paxton in the perpetually underrated Edge of Tomorrow, “Battle is the great redeemer. The fiery crucible in which the only true heroes are forged.” Well, based on the battle of blockbusters over this summer, the only true hero is Disney. Lucky for the rest of the industry, the coming months represent an opportunity for redemption.

With an assortment of fancy film festivals on the horizon and prime Autumn release dates, movie fans should prepare themselves for a deluge of Oscars hopefuls and a handful of well-timed blockbusters. As such, we’ve pulled together a handy guide to help you navigate the crowded cluster of bankable biggies and prestige pics.

Despite two release delays, we remain excited for James Gray’s cerebral space tale. Ad Astra aims to challenge the nature of human existence and our place in the cosmos as it follows the story of Brad Pitt’s astronaut protagonist Roy McBride, who is on a mission to the outer edges of the solar system to find his missing father (Tommy Lee Jones). The original Latin term means “to the stars,” both a literal and figurative directive for the film, as Gray attempts to unearth (pun intended) deep emotional truths while providing “the most realistic depiction of space travel” in cinematic history.

Similar to the iconic villain, Joker is proving divisive among film-goers ahead of its release. Is the marginalized white man driven to violence an outdated trope or is DC’s experimental genre-driven expansion of its comic book DNA a worthwhile endeavor?

Lucy in the Sky (October 4)

Noah Hawley is responsible for FX’s visually dazzling Legion and the consistently fantastic Fargo, two proof-of-concept successes that add a layer of intrigue to his feature directorial debut. Lucy in the Sky follows astronaut Lucy Cola (Natalie Portman) who returns to Earth after a transcendent experience during a mission to space and begins to lose touch with reality. The dissolution of self is at the core of Hawley’s work, including many of his novels. Catch this movie to see the director add another dimension to his already impressive repertoire, and because any Portman vehicle is necessary viewing.

Hollywood loves a good narrative and the tale that has been growing ever since Pain and Glory debuted at the Cannes Film Festival is that Antonio Banderas gives a career-best performance here. Both Awards Watch and Awards Ace currently have him as an early favorite for a Best Actor nomination at the 2020 Academy Awards. He won the same prize at Cannes.

Pain and Glory, written and directed by Pedro Almodóvar, is loosely auto-biographical as it follows a film director reflecting on his life’s choices as his past and present tumultuously converge.

We’ve reached the point where everything Korean director Bong Joon-ho (Snowpiercer, Okja) oversees is hovering around must-watch territory. Winning the prestigious Palme D’or award at the Cannes Film Festival, his latest film, Parasite, has already been cemented as appointment viewing. The darkly comedic and heart-wrenching film follows two families at the opposite ends of the socioeconomic spectrum as they construct a delicate symbiotic relationship. But their newfound status is threatened by an interloper as a battle of class and status erupts at the center.

Everything filmmaker Taika Waititi touches turns to gold. That’s one very convincing reason to have Jojo Rabbit on your radar. Another is that this twisted Nazi satire is expected to be a potential awards contender for the Disney-owned Fox Searchlight. The director will soon be hopping back into the Marvel Cinematic Universe with Thor: Love and Thunder, so it’s nice to see him return to his smaller and decidedly more peculiar roots first.

Cynthia Erivo is just an Oscar away from becoming the youngest EGOT winner in history. What better way to accomplish the feat than with a powerful performance in a highly anticipated biopic? Directed by Kasi Lemmons, Harriet tells the extraordinary tale of Harriet Tubman’s escape from slavery and transformation into one of America’s greatest heroes. Focus Features has distributed a handful of Oscars contenders in recent years including Darkest Hour, Phantom Thread and BlacKkKlansman. Expect the arthouse division of Universal Pictures to give Harriet a strong awards push.

The most meta entry on the list, Honey Boy was written by Shia LaBeouf, based on his own experiences, and features him playing his own father. Freud would have a field day. The therapeutic film, directed by Alma Har’el, looks incredibly touching and brutally self-reflective; an egoless journey into the soul of one of Hollywood’s most divisive actors. The honesty with which LaBeouf approaches his own life has drawn rave reactions since its debut at the Sundance Film Festival.

A throwback, old-school movie for adults complete with two full-blown movie stars and it has nothing to do with superheroes, aliens or dinosaurs. Is there still a profitable market for such a film? Fox, ahem, Disney is hoping Ford v Ferrari plays like Quentin Tarantino’s Once Upon a Time in Hollywood at the box office.

James Mangold is cashing in his Logan credit to tell the true story of American car designer Carroll Shelby (Matt Damon) and the fearless British-born driver Ken Miles (Christian Bale), who teamed up to build a revolutionary race car for Ford Motor Company following an unparalleled stretch of dominance from Enzo Ferrari’s cars leading into the 24 Hours of Le Mans in France in 1966.

A Beautiful Day in the Neighborhood (November 22)

Did you know Tom Hanks hasn’t been nominated for an Academy Award since 2002? With America’s most beloved movie star portraying one of America’s most beloved 20th century figures, that could very well change. Director Marielle Heller (Can You Ever Forgive Me?) continues to impress in her young career and the touching story of the real-life friendship between Fred Rogers and journalist Tom Junod (read the 1998 profile) is a crowd-pleasing starting point for a feature film.

If only last year’s Mr. Rogers documentary Won’t You Be My Neighbor could have gotten some Oscars love…

As anyone who has ever seen Brick or Looper can tell you, filmmaker Rian Johnson is perfectly at home in a crime drama. His talent for whodunnits will only be heightened by the stacked cast he’s amassed, which features (deep breath): Daniel Craig, Chris Evans, Ana de Armas, Jamie Lee Curtis, Toni Collette, Don Johnson, Michael Shannon, Lakeith Stanfield, Katherine Langford and Christopher Plummer. As Johnson told Observer, “When you watch the movie, you can just tell how much fun everyone is having.” We’re not surprised.

Emmy-winning writer Lena Waithe penned the screenplay for Queen & Slim, which Melina Matsoukas (Beyonce’s “Formation”) directs. The film follows a black man (Academy Award nominee Daniel Kaluuya) and a black woman (newcomer Jodie Turner-Smith) as a first date takes a life-changing turn after the couple are pulled over and a police officer is killed in self-defense. Captured on video, the traumatic event becomes a symbol of grief and pain for people across the country as the pair go on the run as fugitives.

Queen & Slim is a newly styled Bonnie and Clyde and Thelma & Louise for a modern age, a love story that weaves through the toll of racism and violence. 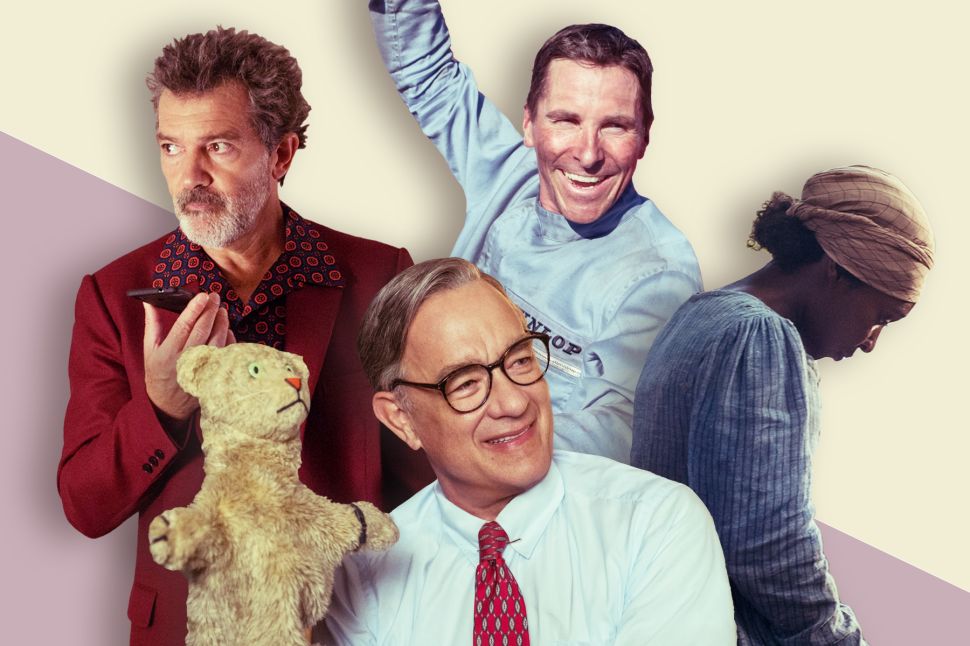