Welcome to Observer’s 2019 Fall Arts & Entertainment Preview, your complete guide to the best this season has to offer. We’ve combed through everything that’s happening in TV, movies, dance, opera, theater, the visual arts and literature to bring you our picks for what to pay attention to as the weather cools. Art lovers should also check out our list of must-see opera and dance performances.

The art world is constantly shifting, but this fall is shaping up to be a particularly fruitful period for intense dialogue and radical change. Museum board members are getting called out for their business affiliations, galleries in Beijing are being bulldozed without warning and prices for contemporary work are as high as they’ve ever been; there’s the uneasy sense that we’re on the edge of something. These upcoming exhibitions promise to be challenging, from the Vija Celmins retrospective at the Met Breuer to the immersive survey of human migration at the MCA Chicago. All the while, though, there will be beauty.

The Frick is one of New York’s most treasured institutions for many reasons—it’s as well known for its Renaissance art as it is for its lush tapestries and elegant furniture. This fall, the beautiful stone building will be housing sculpture made by Bertoldo di Giovanni, a student of Donatello, the same master who taught Michelangelo. The exhibition promises more than 20 reliefs and statuettes to marvel at.

“Vija Celmins: To Fix the Image in Memory” at the Met Breuer, New York City (September 24)

Photo-realism doesn’t feel like the most urgent medium to work within as an artist, but Vija Celmins’ remarkable reproductions of ocean waves, starry nights and utterly quotidian objects beg to be examined up close and at length; she makes painstaking reproduction feel sexy. This exhibition will provide a comprehensive survey of her work, spanning from her early paintings rendered in Los Angeles to her more recent relocation to the Big Apple.

“Carmen Argote: As Above, So Below” at the New Museum, New York City (September 24)

Carmen Argote’s work is inventively explosive and maximalist, and it regularly turns materials like fiberglass and residential carpeting into structural sculptures that look appealingly lived-in. At the New Museum, Argote is debuting a series of new paintings (in addition to sculpture and paper-work) that she created during a residency at the home of famed muralist José Clemente Orozco. The exhibition as a whole will serve as a deepening response to that unique environment.

More and more, we participants in capitalism are beginning to understand how textiles shape our worlds and wend through porous divisions of class. Camil’s gigantic Fade into Black: Sit, chill, look, talk, roll, play, listen, give, take, dance, share, 2018, takes this notion further by turning the idea of a solitary t-shirt into a smothering mass; specifically, she’s strung up a huge amount of thrifted tops and turned them into a 341-foot-long curtain. Outsourced garments can once again “haunt” their consumers.

“¡El Movimiento Vivo! Chicano Roots of Days of the Dead” at the Oakland Museum of California, Oakland (October 16)

The Day of the Dead celebration may now be ubiquitous in the North American imagination, immortalized in mainstream films like Pixar’s Coco, but activists in the 1970s had to work tirelessly to introduce the tradition to those who weren’t already familiar. This exhibition at the Oakland Museum of Art promises to show, through historical ephemera, taped interviews and sculpture, how first-generation Chicano researchers returned to the source of their heritage in Oaxaca in order to gather and transmute indigenous knowledge.

Wanda Koop’s surrealist creations walk the line between corporate and ethereal. At first glance, her moody almost-landscapes look deceptively palatable, like canvases you’d make brief eye contact with on the 45th floor of a high-rise superstructure. But these misty sunsets and rivers at dusk, uniformly overlaid with vivid drips that look like the bars of a cage, are mesmerizing to internalize.

Primarily comprised of work donated by the Colección Patricia Phelps de Cisneros, this exhibition promises to dismantle whatever conception you have about the limits of modernist abstraction. This is an unprecedented showcase of Latin American art that will champion masters like Gego, Raúl Lozza, Hélio Oiticica, Lygia Clark, and highlight how they worked to invent new, multidimensional methods that defied classification. Grids, mobiles and kinetic energy abound here.

The planet is experiencing biological death on an accelerating scale, and Alan Michelson knows the power and magic that the threat of annihilation breeds. This video installation focuses on critically endangered red wolves, who are rendered in purple as part of an homage to a Lenape subtribe called the Munsees, also known as the Wolf tribe.

“Routes and Territories” turns the complexities of human migration throughout Latin America into sites you can visit and bear witness to. One room conjures the Catumbo jungle of Colombia, but hidden within the vegetation is evidence of potentially illicit activity. Artists Andrés Pereira Paz and Noe Martínez use wire and film, respectively, to resurrect the past and force confrontations with abandoned roots. Ultimately, the exhibition transmutes what’s always been true into a museum setting.

Mehretu, a multifaceted master of hyper-detailed etching and gargantuan abstraction, has spent her career weaving technical drawings of urban structures into massive, hurricane-like tapestries. The first-ever retrospective of her brilliant body of work, which grapples with topics as wide-ranging as the generational identity of Berlin to the cultural importance of stadiums, will feature approximately 36 paintings and 41 drawings on paper.

The United States’ intervention in Iraq has resulted in a slow burn of continual fallout, and art that was generated during the Gulf Wars speaks to this dark sensation of infinite conflict. In an exhibition that will spread throughout the entire schoolhouse building of PS1, artists like Harun Farocki, Tarek Al-Ghoussein, Guerrilla Girls, Thomas Hirschhorn, Hiwa K, Hanaa Malallah and Monira Al Qadiri will be featured amidst this multidisciplinary survey of pain, surveillance and transcendent grace.

Among the bombastic excess of some of these other offerings, Mel Bochner’s work feels like a petulantly exacting tonic. A leading mid-century Postminimal artist, Bochner specializes in making rooms measurable by marking the width and height of everything in them with starkly hued tape. You’ll feel ensnared in someone else’s grand plan when this sprawling, upstate New York museum executes his vision this fall. 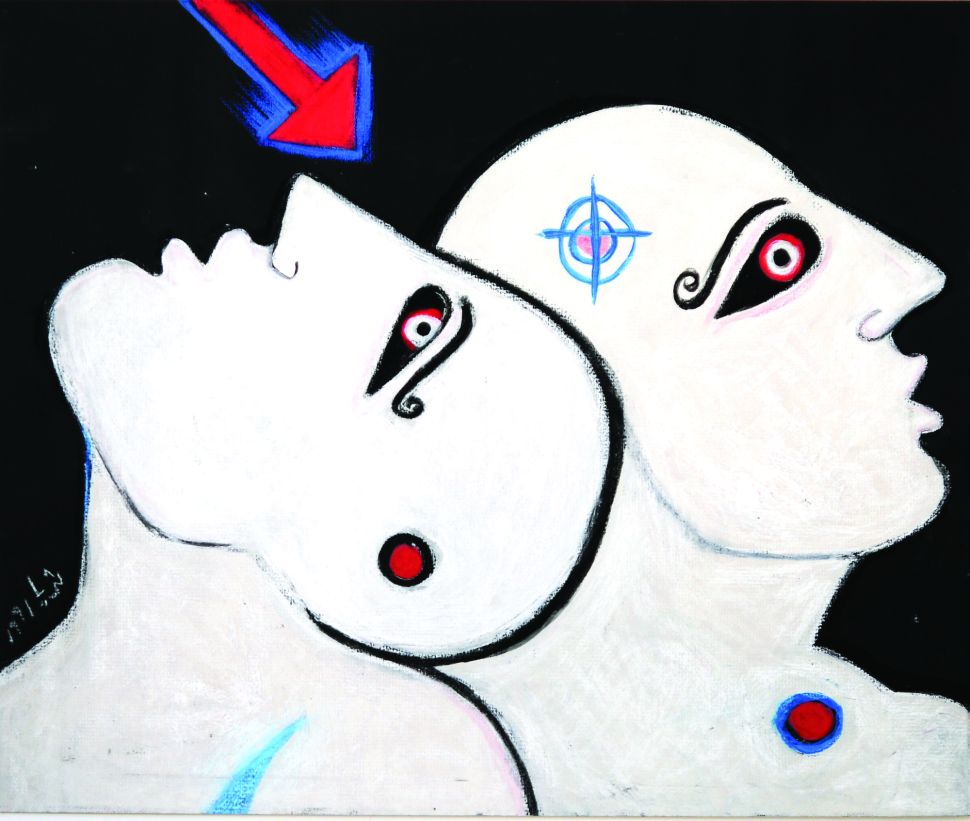