New reports suggest that tech investments in cannabis seem to be fizzling out.

In a recent Crunchbase report, venture capital patterns are showing a steep drop in funding compared to a year ago, based on internal data. Basically, when juxtaposed with the large influx of cash the canna-tech industry enjoyed last year, 2019 seems to be less promising for those looking for fresh capital. However, as noted in the report, this could also be chalked up to all of the funds dedicated specifically to marijuana which have sprouted in the past year, such as Casa Verde Capital co-founded by Calvin Broadus (AKA Snoop Dogg).

2019 has been somewhat of a turning point for the marijuana industry, which is grappling with a new frontier for digital sales as laws and regulations continually evolve. With nationwide federal legalization still a long way off, manufacturers are still forced to adhere to state-by-state guidelines. This uncertainty is undoubtedly causing investor interest to become concentrated in mature cannabis hubs, such as California and Washington State.

CB Insights’ data from the second quarter of 2019 also shows an overall decline of “cannabis deals” this year, a sharp contrast from the approximately $2.6 billion the industry saw in 2018. On the other hand, legal cannabis funding began to eschew further into hemp byproducts. Funding charts show that more investors are being attracted to hemp and CBD product startups, as opposed to ones focused on legalized marijuana. For example, Q2 saw 25% of deals going to CBD companies, the largest portion of overall cannabis backing it has received since 2014.

A larger interest in the buzzy CBD is no surprise, given its point of market entry is a lot wider than that of weed. While decriminalized cannabidiol has its own regulatory hurdles, the category is quickly gaining mainstream popularity thanks to accessible products like skincare and food.

In fact, explosive CBD sales over the past year has prompted the government to grant studies researching its benefits. While straight cannabis producers are still finding their footing amid an ongoing legalization process, CBD manufacturers have evidently convinced venture capital firms that they’re an overall lower risk investment. 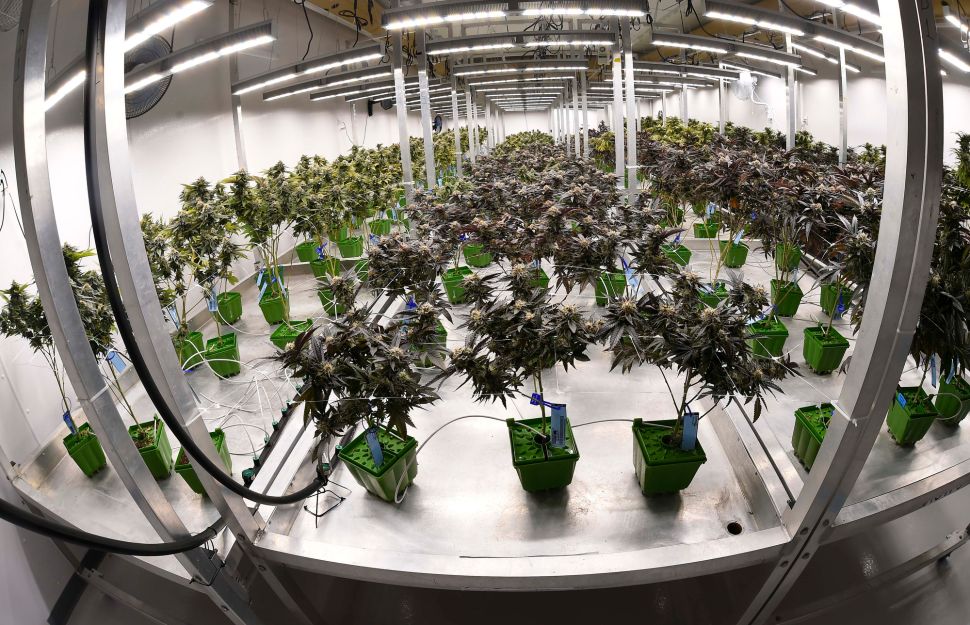