In April of 2018, Steven A. Tananbaum, a disgruntled art collector who serves as the Chief Investment Officer of GoldenTree Asset Management and is also a member of the Board of Trustees at MoMA, filed suit against Gagosian Gallery and Jeff Koons LLC. The original complaint accused the prolific Koons and Gagosian of failing to deliver three sculptures, which Tananbaum says he ordered from Koons’ studio, in a timely manner. Tananbaum claimed that he had made deposits totaling over $13 million beginning in 2013, and that the gallery has in essence strung him along since then. The lawsuit has since been charging ahead long enough to reach the New York Supreme Court: last week, Gagosian gallery stated it would appeal the court’s decision to allow most elements of the suit to proceed.

Tananbaum’s allegations revolve around three Koons sculptures, Balloon Venus Hohlen Fels (Magenta), Eros and Diana, which the CIO says he was hoodwinked into paying deposits for by being promised certain completion dates that eventually fell through. The initial lawsuit is a document worth examining for its vehement prose alone; Tananbaum clearly felt outraged by the predicament he claims he’s in.

“Behind the ostensible facade of Jeff Koons’ art world triumphs and record breaking auction sales—illustrated by a never-ending international parade of museum, art fair and art gallery exhibitions—lurks a well-oiled machine, more specifically an established, archaic System as old as the hills applied to the art world to exploit art collectors’ desire to own Jeff Koons sculptures,” the complaint, filed by attorney Aaron Richard Golub, reads.

In its response to the Supreme Court decision last week, Gagosian gallery claimed that Tananbaum was “well aware of Koons’ perfectionism” and that the collector’s knowledge of how well Koons’ work tends to perform on the market would have made him aware of the “opportunity to sell that work at a much higher price in the secondary market after it is completed.”

Koons, who was unavailable for comment, is no stranger to having his name dropped in the midst of legal entanglements. Last November, a judge in France found the artist guilty of plagiarizing a 1985 ad campaign for a sculpture entitled Fait d’Hiver. Plus, in June of this year, a Hollywood producer named Joel Silver dropped a lawsuit he’d filed against Gagosian over delays in the delivery of an $8 million Koons balloon sculpture that Silver had purchased in 2014: Silver and Tananbaum both filed their lawsuits in the same month. 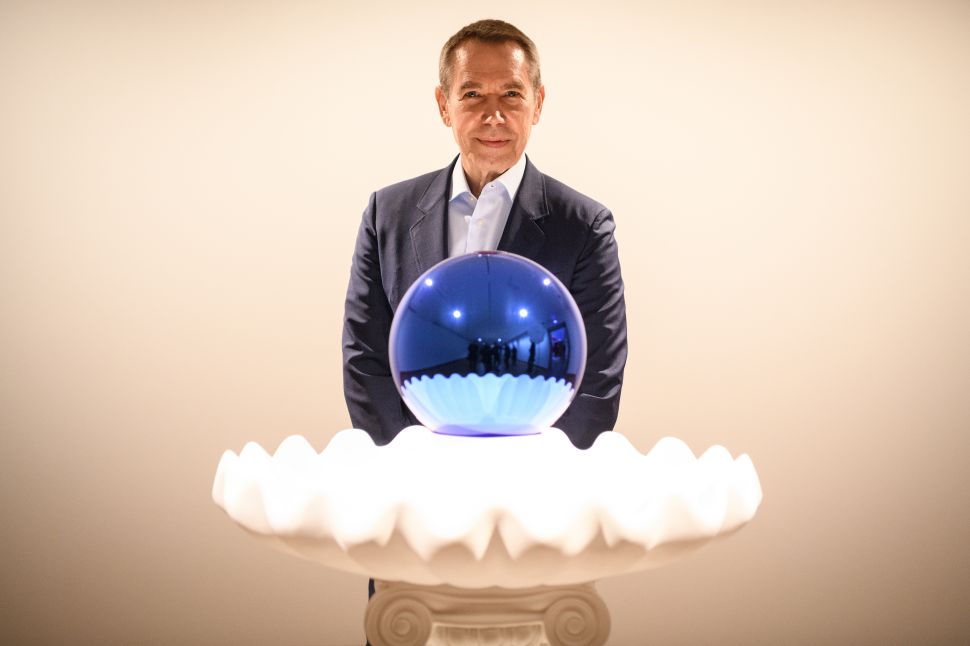