The ancient art of selective breeding is practiced by almost everyone who grows crops or husbands livestock for a living. Those who don’t are both willfully putting themselves at a competitive disadvantage and breaking with an established norm.

And since cannabis sativa, the taxonomic definition for both recreational marijuana as well as the source material for CBD, is America’s hottest agricultural commodity, the obvious answer to the obvious question—”is there GMO weed?”—is almost certainly yes, and if not now, then there will be very soon. The second quandary, then, is to figure out what to do about it.

Carefully breeding crops or animals in order to reduce or eliminate certain traits and magnify others—in pursuit of a fast racehorse; a particularly cute (or thicc) dog; a fruit that’s very tasty, with high yields and good resistance to bugs and blight—is something that’s been done “for centuries,” as the Federation of American Scientists observed in its official entry for “genetically modified crops.”

One main difference between what, say, the Amish do and what’s done in corporate labs—and what freaks certain people out and leads to certain countries, like in Europe, to ban GMO crops, while others, chief among them the United States, to heartily embrace lab-honed foodstuffs—is that you can breed a certain gene in or out “in one generation rather than 20.” (Whether the main risk is genetic instability leading to food insecurity or the subsequent dumping of patented pesticides and herbicides on fields of GMO corn or soybeans—the praxis for farmers purchasing, for example, RoundUp Ready products from agribusiness giant Monsanto—can depend on whom you ask.)

Selective breeding is absolutely happening right now in the marijuana industry. We know this because it has always happened—this is what breeders and seed banks do. And for the past few years, you have been able to search the U.S. Patent and Trademark Office database to find patent applications for proprietary cannabis strains. This means there are plant scientists, botanists and garage-level growers alike trying to find the killer strain, and using whatever means necessary to do so.

All of this touches a very sensitive nerve in the marijuana industry, which has for years been haunted by the specter of GMO weed. It’s been enough of a thing that both Snopes and Monsanto felt the need to address—and dismiss as an “internet rumor”—the allegation that its scientists were working on GMO marijuana. (Whether this is an honest denial or an exercise in nominalism—perhaps Monsanto is working on something that’s cannabis sativa, AKA hemp, which would make their statement correct—only company insiders know).

In the meantime, marijuana cultivators appear to want to both craft the greatest strain but do it in a way that isn’t quite what Big Ag does, even if the only difference appears to be one of scale. As Marijuana Business Daily recently reported, a partnership between an Oregon outdoor cannabis farm and a Portland, Oregon-based clearinghouse of cannabis genetics went sour after the former became upset at the latter—and for a reason that may not be intellectually sound or even consistent.

East Fork Cultivars’ stated goal was to grow more and better CBD-rich varieties of both hemp and marijuana. (The difference is legal, not botanical: cannabis sativa with 0.3 percent or less THC is hemp; anything more is marijuana, under federal law.)

To do this, the farm partnered with Phylos Bioscience, a genomics firm that has, for at least four years, been crowdsourcing cannabis genetics to build a database of all the cannabis plant’s various tones. The growing experiment was well underway until a video of Phylos’ CEO Mowgli Holmes speaking highly of partnering with Big Ag to breed plants surfaced. That led East Fork Cultivars to publicly break with Phylos.

As MJ Biz Daily recounted: “The uproar underscores the cannabis industry’s unease over Big Ag companies eventually entering the space and controlling the means of production and genetics—a fear bred out of precedents set by the commercial agriculture market.”

But at the same time, cannabis genetics have been available all along for anyone—including Big Ag—to swipe and to improve upon, in a lab if necessary.

“All Monsanto or Dow have to do is go to a dispensary and buy everything that everyone’s buying,” said Reggie Gaudino, a PhD and longtime cannabis industry genetics researcher who now serves as vice president of research and development at Front Range Biosciences, a Colorado-based company, in an interview with MJ Biz Daily. “They can sequence it themselves, and they’re home free.”

The perceived risk for most cannabis cultivators is that they’ll wake up one day and find out that the strain they’ve been perfecting or even selling to dispensaries for years is suddenly the intellectual property of somebody else. Power plays like this are de rigueur in business and are often fought out in the courts, for years—but are nonetheless an abstraction for most consumers. As corn and soybeans and other agricultural commodities demonstrate, consumers don’t really seem to care if their end product was perfected in a field, in a garage or in a lab—just if it’s affordable and good and does the trick.

So is there GMO cannabis right now? Depends on your understanding of the term. Will there be? Almost certainly yes—the only questions are who will produce it, will it be any good and will anyone care enough to stop it? 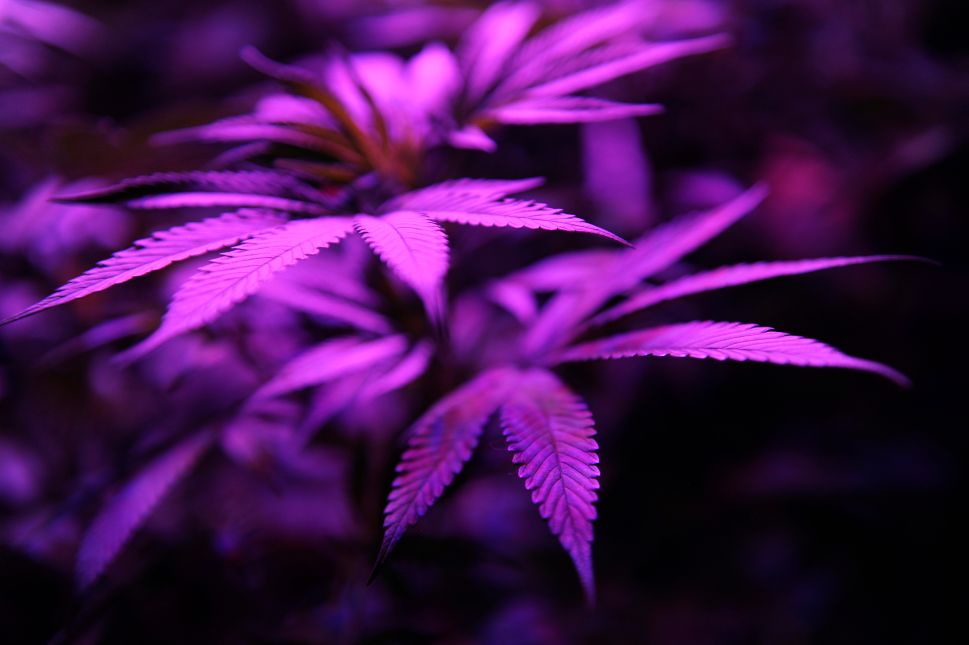