Google’s former chairman and CEO Eric Schmidt is not afraid to speak his mind in front of critics. He has publicly defended Google’s controversial tax dodging in Europe, the “Project Maven” contract with the Pentagon (which would use Google’s artificial intelligence technology to analyze military drone footages), and Google’s now shelved China search business.

If anything, this all explains why his upcoming speech on artificial intelligence (AI) at Stanford University would ignite a small protest from his former employees, Stanford students and academics, and activists.

Schmidt has been invited to speak at a conference organized by Stanford’s recently formed Institute for Human-Centered Artificial Intelligence next month on the topics of ethics, policy making and governance regarding AI. But a letter signed by some 40 Google employees, Stanford students and staff members, which was made public on Tuesday, said he’s not qualified to speak on these topics given “serious and credible” questions over his ethical conduct.

The letter was authored by Jack Poulson, a former Google researcher and Stanford math professor who’s also been invited to speak at the October event. (Poulson resigned from Google last year in protest of the China “Dragonfly Project.“) He drafted the letter after learning that Schmidt would be speaking at the conference.

His letter was addressed to Stanford professors Fei-Fei Li and John Etchemendy, who co-founded the Institute for Human-Centered Artificial Intelligence earlier this year.

In a statement defending Schmidt’s attendance, the institute said, “Freedom of inquiry and the free expression of ideas are fundamental to Stanford and the collective mission of all universities,” citing Etchemendy’s 2017 speech as Stanford’s provost, “Intellectual intolerance and political one-sidedness is the antithesis of what universities should stand for, and results in a kind of damaging intellectual blindness.

The institute also highlighted the fact that Poulson is still invited despite his public petition to remove Schmidt from the event.

Challenging Stanford’s argument, Poulson took aim at the makeup of the institute’s own advisory council, tweeting Wednesday, “I noticed it is a bit…one-sided…being completely packed with tech execs.”

Given your argument that pairing Schmidt with Schaake is to avoid "political one-sidedness", have you considered taking the same approach with your advisory council? I noticed it is a bit…one-sided…being completely packed with tech execs:https://t.co/aURkrf0Nst https://t.co/IsvrzHRQjT

Schmidt was Google’s CEO from 2001 to 2011 and chairman of its parent company, Alphabet Inc., from 2011 to 2017. After stepping down as chairman, he remained on Alphabet’s board for over a year until May of this year when he cut off all ties with Google. 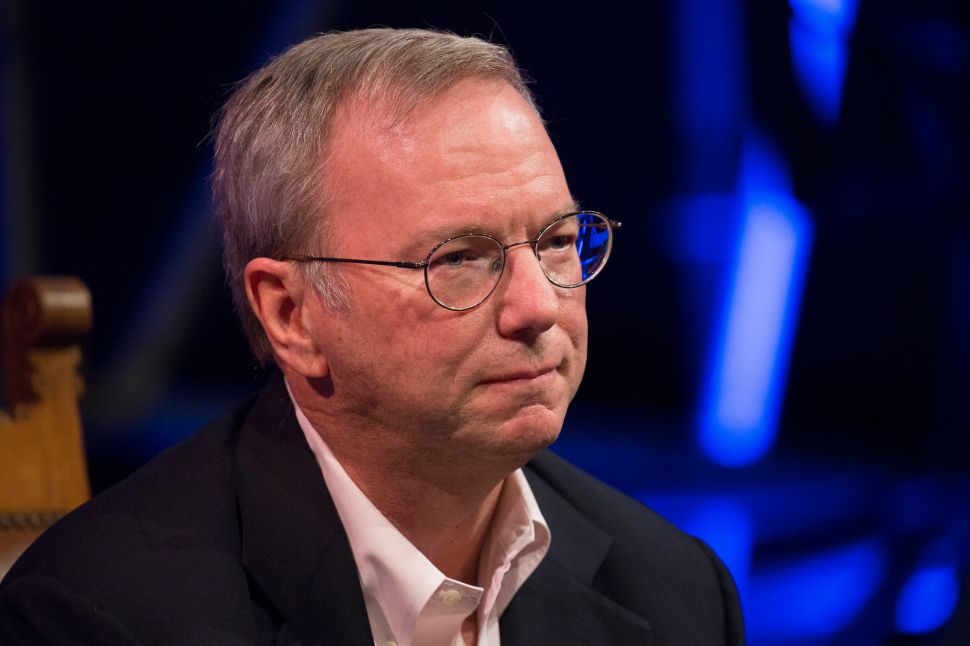