As Florida residents braced for Hurricane Dorian over Labor Day weekend, they were faced with crises all too familiar: widespread shortages of food, and fuel, and—in many cases—mandatory evacuations. The Category 4 storm sparked intense demand for everything from batteries to bottled —and even as supply shipments to stores became more frequent, shelves emptied out quickly.

Governor Ron DeSantis was extremely open about the urgency of the impending storm, saying, “There’s a danger to your life if you remain in these evacuation zones.” And residents in Dorian’s path have truly been battered. Yet, in spite of the troubles that Floridians faced before, during and after the hurricane’s arrival, a few unexpected sources are lending some reliable help: apps like Amazon, Instacart, and Airbnb.

For residents of the most at-risk areas of a hurricane’s path, stocking up on supplies can be an unpredictable and disappointing ordeal. In advance of Hurricane Dorian, one Fort Myers resident reported waiting for an hour and a half only to find that bottled was out of stock. Many Floridians instead opted to order everything they need from Amazon Prime. This doesn’t just eliminate long wait times and searching high and low for stores that carry necessary supplies—it grants Floridians peace of mind and the knowledge that the items they desperately need will be delivered in time. Flashlights, batteries and first aid supplies, often the first items to sell out before a storm, were still available on Amazon for delivery just three days before Dorian made landfall. Amazon has simply come to be reliable in a way that local stores can’t be during times of crisis.

Even local news outlets like The South Florida Sun Sentinel recommended that consumers utilize grocery apps like Instacart and Shipt when shortages worsened. For Floridians, there seems to be no doubt that shortages will occur during hurricane prep. The good news is that online marketplaces and delivery services have moved in to fill the gaps that local suppliers can’t fill.

And for displaced residents of hurricane-stricken communities, Airbnb created a directory of hosts who are willing to provide temporary housing free of charge. This initiative, called the Open Homes Program, was reinstated as Hurricane Dorian approached the U.S. Virgin Islands and Puerto Rico. But it’s hardly the first time that Airbnb has contributed to hurricane relief efforts—in fact, the Open Homes Program has been active during 10 major storms since 2012. Relief workers and displaced residents alike have been able to find solace where it might not have been attainable in the wake of Hurricane Dorian.

In areas of relief where government action is often seen as the best answer, many companies have proven that they are willing to step up and offer support to vulnerable populations. Amazon, Instacart and Airbnb are far from the only apps that deserve praise. Impressively, nearly every aspect of hurricane relief and recovery efforts has been tackled by an app in recent years—from local rescue initiatives to mapping nearby shelters to monitoring weather conditions at extremely granular levels.

As the effects of Hurricane Dorian begin to fade, it’s important for us to remember that millions of Floridians would have been worse off if not for the services provided by so many apps and websites. Without the help of Amazon and Instacart, local food shortages may have become crippling—and shortages may have become disastrous. Airbnb, as they have done for the past seven years, provided safe havens to those who had nowhere to go. The truth is, the good of these services is felt far and wide during times of crisis. As time goes on, their use will only come to save more lives, and for that, we can all be thankful.

Fiona Harrigan works for the Foundation for Economic Education and is a contributor for Young Voices. 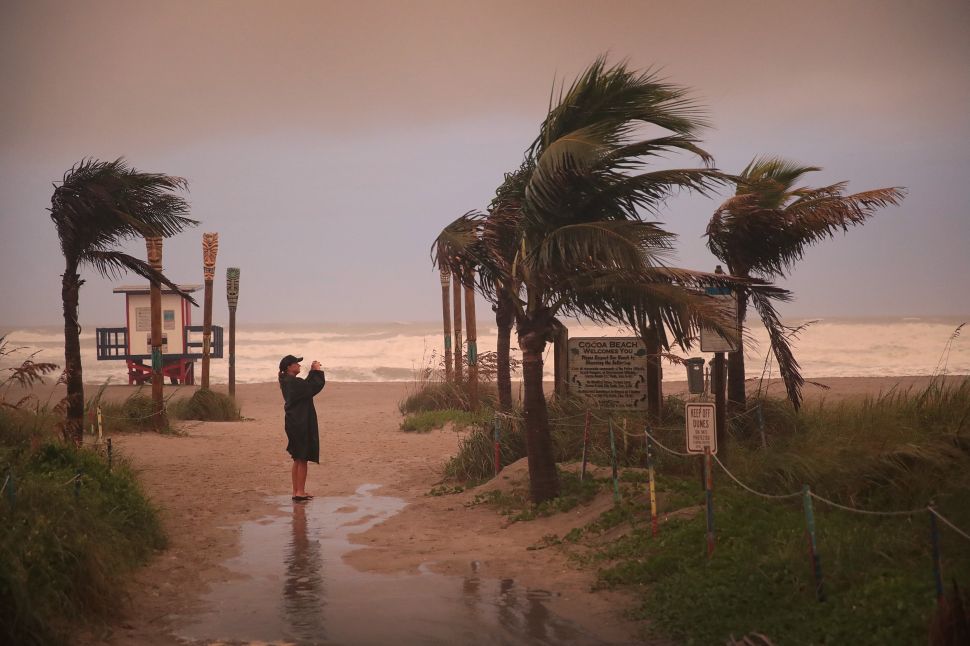