It Chapter Two is about a group of friends who reunite to do battle with an evil force that resurfaces in their Maine hometown every 27 years and had attempted to kill them when they were preteens back in 1989. Incidentally, 27 years is also roughly the running time of this movie.

Complete with childhood wonder and psychological depth, 2017’s It, which, like this film, was directed by Andy Muschietti, felt like the rare balanced meal of a horror film. The obscenely bloated length of its sequel (OK, it’s just a shade under three hours, but still) makes the follow-up film seem comparatively like an all-you-can-eat buffet where one overindulges to the point that even the prime rib starts to taste like mystery meat.

The good stuff includes the manner in which the adult actors’ performances are informed by their childhood counterparts, especially Bill Hader; the way the relationships evolve and recalibrate over the course of the story; and the sing-songy psychopathic joy with which actor Bill Skarsgård revives Pennywise, the many-toothed dancing clown who continues to chomp down on the town of Derry’s children and downtrodden.

But as singular as Pennywise may be— and let’s face it, in the year of Joaquin Phoenix’s Joker, he is pretty much just another murderous freak in greasepaint paying homage to Heath Ledger— the blood-mad Bozo tends to get lost in the baker’s dozen of monsters that It Chapter Two unleashes on us as if it’s having a going-out-of-business sale. There are embryonic winged things that pop out of fortune cookies, an oversized witch, a homicidal statue, a zombie hobo and even a Pomeranian with evil intent. It’s a zero-sum game, with each subsequent supposed terror having the net effect of blunting the impact of what came before.

Part of the issue is the plotting, which borrows faithfully from Stephen King’s source material but feels structured more like a multiplayer video game.

Once the far-flung and no longer close former members of the Losers’ Club are reunited by Mike (one-time Old Spice guy Isaiah Mustafa), the only member of the group who remained in Derry and lead a less than successful life, each of them must face down the literal demons of their shared summer in order to snag an artifact that represents their pain. They then must sacrifice the items in a Native American ritual that may once and for all destroy Pennywise and the evil forces he embodies.

The device gives each of the actors extended sequences to shine; the scene in which the adult Beverly, played by Jessica Chastain reuniting with Muschietti after 2013’s Mama, returns to the apartment where she was sexually abused by her now deceased father is particularly harrowing. But the repetitive nature of each task also lends an air of rote predictability to a film series built on its ability to surprise.

There was also something a bit pat about how the characters turned out. Bev is married to an abuser just like her father. Hypochondriac Eddie, played as an adult by James Ransone (Ziggy Sobotka from the second season of The Wire), wedded an overbearing woman exactly like his mother, a point clumsily driven home by the uninspired choice to have her played by the same actor (Molly Atkinson). Apparently, the Losers’ Club grew up in a universe where talk therapy is not covered by their health insurance, which is genuinely horrifying.

It was also not much of a creative stretch to have foul-mouthed jokester Richie, played by Stranger Things‘ Finn Wolfhard as a child and Barry breakout Bill Hader as an adult, become a successful stand-up comedian. In this case, it gives Hader a perfect platform for his abundant nerves and just barely controlled panic. The SNL alumnus gives a standout performance that is both hilariously funny and emotionally rich; if his career instincts are any way near as sharp as his acting continues to be, he will be as much of a joy to behold on the big screen as he has been on television.

There is something undeniably bold and even essential about the trick that the It films are trying to pull off. They are reexamining and weaponizing the Spielbergian tropes about childhood to which we have all become accustomed in an attempt to discover the trauma that lies beneath them. But the new chapter doesn’t bring much fresh psychological shading to this process. Instead, the film bombards us with plot and monsters that pile up like toys in the attic.

We end up spending way too much time running over the same old ground. What have we found? The same old fear. 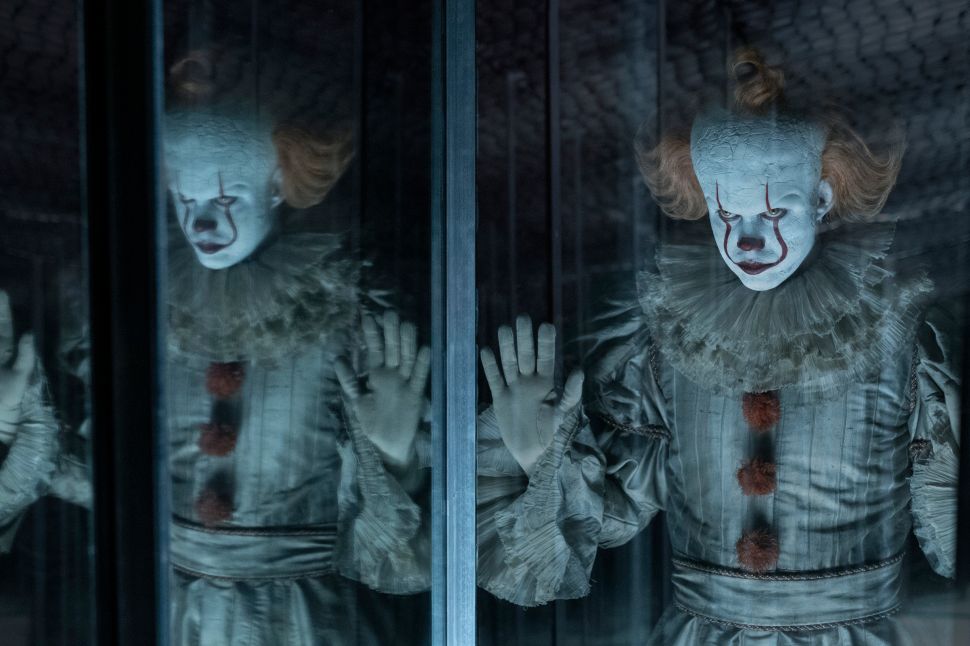