Music and musicianship have always had crucial roles within art museums, even if this fact hasn’t always been explicit. The interplay between artists and musicians also has a long, symbiotic history. Abstract expressionists have always attempted to render designs that flow like music, and musicians are always crafting melodies based on their favorite oil canvases. Furthermore, the gallop of the 21st century provides more than sufficient evidence that the arbitrary line between music and “fine art” shouldn’t even exist.

For proof, look no further than the output of Jason Moran, a decorated jazz pianist who wrote the score for Selma and has been artistic director for jazz at the Kennedy Center since 2017. But his work has never stuck purely to aural pursuits. He’s collaborated in the past with artists like Kara Walker and Glenn Ligon, and an entire eponymous exhibition dedicated to his practice of mixing music with physical forms opens at the Whitney Museum of American Art on September 20.

SEE ALSO: Pope.L Has a Perfect Explanation for Anyone Stumped by His Huge ‘Group Crawl’ Performance

Moran’s creativity appears to be limitless, based on the breadth and complexity of his output, which includes traditional composition as well as drawing and sculpture. “I consider my work in a continuum of people that have propelled the investigation of improvisation,” Moran told Observer in spring as part of his interview for the Arts Power 50 list. “The process of making sound, how it is perceived and the impressions it leaves. The residue.”

“My upcoming exhibition at the Whitney is a dream,” he continued. “The exhibition centers around three installations, all former jazz venues in NYC. I’m excited that they will return ‘home’ for a few months. And within the exhibition a ‘festival’ will occur.”

Indeed, a sense of place and solidity is very much present in Moran’s work. Whether he’s placed an overturned chair next to a jukebox or splashed what appears to be blue and black paint across a strip of paper, there’s a sense of movement and evocative purpose to everything he does. The exhibition will be at the Whitney through January: the perfect antidote to winter doldrums. 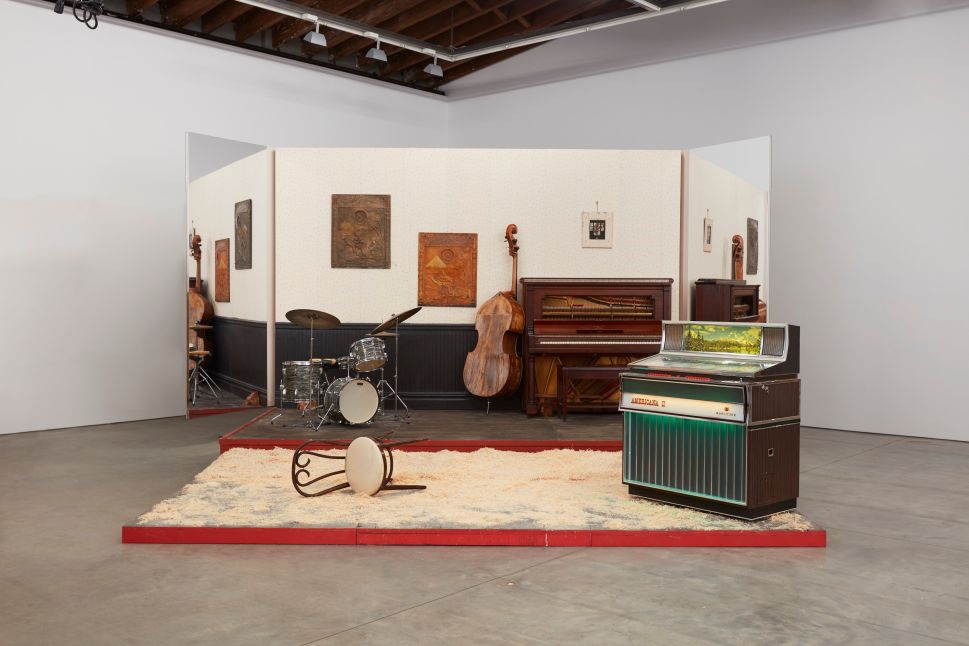